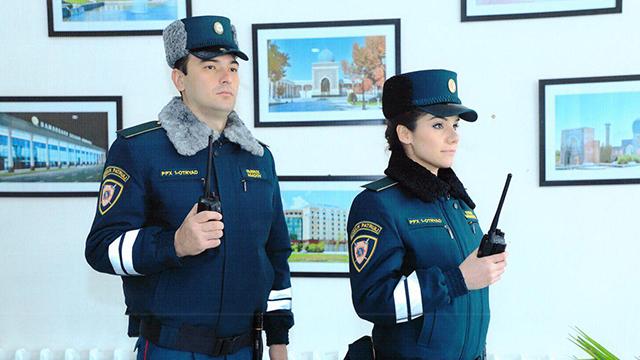 According to the decree of the head of the country «On additional measures to improve the efficiency of public order, prevention of crime and fight against crime in the city of Tashkent», the 24-hour shift patrol mode will be carried out with the involvement of the Interior Ministry, the National Guard, and representatives of the public (hereinafter – the forces of ensuring public order) from 16:00 p.m. to 8:00 a.m. in the capital city of Tashkent.

The aim is to increase the effectiveness of law enforcement in Tashkent city, ensuring public order during the day and night.

According to the resolution, the concept of «Safe capital city» is introduced in Tashkent city as an experiment.

Within the framework of the implementation of the concept, the practice of coordinating the forces for ensuring public order and the operation of mobile communication centers will be introduced.

They will be assigned to the territories where the departments of internal affairs carry out their activities.

The main tasks of mobile centers:

– assistance to the departments of internal affairs in the implementation of control, management and organization of effective interaction between the forces of maintaining public order and units of involved state bodies in the service in the evening and at night;

– prompt response to incoming applications, messages and other information about violations by ensuring the immediate arrival of the nearest patrol groups to the scene of the incident or signal;

– performing the functions of the mobile headquarters for coordination of public order, including arrival to the scene of the incident, etc.

Another important aspect of the decree is that patrol groups "Fidokor yoshlar" will be organized in each makhalla of Tashkent city.

This group will be formed from the number of conscripts, candidates who intend to serve in the internal affairs bodies.

In general, this decree will serve to detect crimes in Tashkent city in a timely manner and ensure public safety. UzLiDeP believes that the implementation of these goals is the task of every citizen, the whole society.

member of the UzLiDeP deputy group