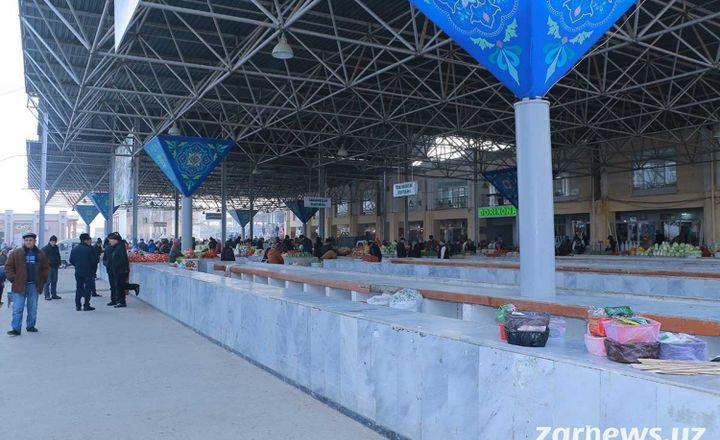 Back in August 2018, a group of entrepreneurs operating in Marmar market, headed by Doniyor Rakhmanov, addressed the chairman of Samarkand Regional Council of UzLiDeP regarding the issue of increasing fees from the market administration.

The study of the situation showed that the market administration demanded to conclude an agreement on the lease of commercial area for the operation of the market infrastructure (property, electricity, gas and water supply, sewage, garbage collection, caretaker services).

On August 29, 2018, members of UzLiDeP deputy group, together with experts, representatives of tax and financial structures, conducted a discussion of this situation and sent relevant inquiries to responsible organizations.

During the on-site reception of citizens by deputies of the Legislative Chamber of the Oliy Majlis, which was held in Samarkand region at the end of January, entrepreneur Basharat Rakhmatova again addressed with this issue to the Acting Head of UzLiDeP faction in the lower house of parliament Adkham Shadmanov.

A comprehensive study of the situation showed that claims of entrepreneurs are inappropriate.

– We protect the interests of entrepreneurs and strive to resolve all issues concerning them. But everyone is equal before the law. Previously, entrepreneurs operating in this market were limited to paying a flat tax. It is no secret that in some cases tax collections were not received in the state treasury, but went to the pockets of certain persons. But tax legislation does not stand still and is constantly being improved. The market administration demanded fees in order to execute the decision of the regional khokim No.100 of February 17, 2018, – explained A.Shadmanov.

Deputy of the Legislative Chamber and representatives of relevant authorities explained that there are separate tax payment procedures for entrepreneurs who hold documents to own property and operate on the basis of a lease agreement.