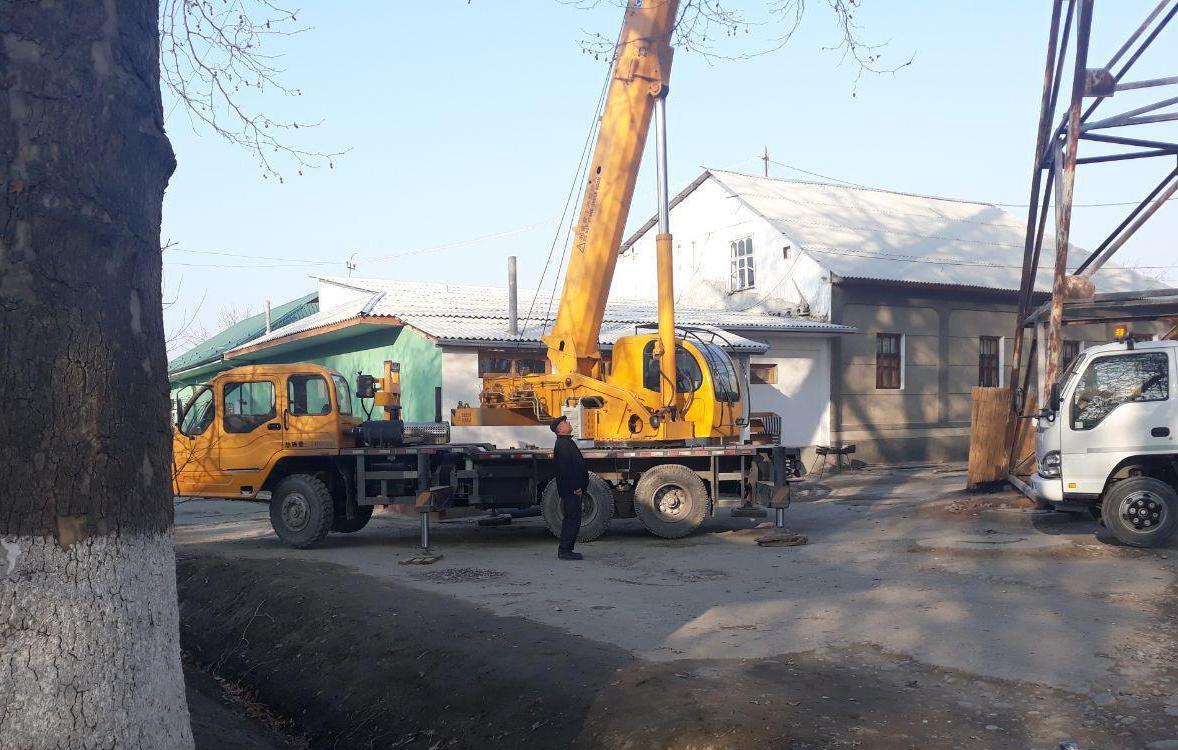 The priority tasks of the regional divisions of UzLiDeP are a dialogue with people, introduction of new mechanisms and effective methods for solving issues concerning the population. To this end, party activists are studying the existing shortcomings and problems at places and finding their positive solution.

A working group consisting of employees of Fergana Regional Kengash of UzLiDeP and members of the party’s deputy group visited Fergana district. By the way, the group visited a total of 370 households, listened to issues concerning the population, gave a positive course to many issues.

There is a cemetery in Gulpion makhalla, the walls of which are so obsolete that they can collapse. It is clear that a man’s hand has not touched them for a long time. According to a local resident Akramjon Rakhmanov, residents often organized khashars and repaired these walls, but they still crumble over time.

A member of UzLiDeP deputy group Murodjon Yuldashev assumed responsibility for resolving this issue – he will bring five thousand bricks at his own expense and build new walls. This good cause was actively welcomed by the residents of the makhalla.

A resident of Mindonabad village Muattar Olimova is retired, works nowhere. The house in which she lives needs urgent capital repairs, especially the replacement requires roofing. A year ago, responsible persons of the district and activists from the makhalla visited her, promised to solve the problem, but did nothing.

The case has progressed after the intervention of members of the working group.

“I did not think that the problem would be solved so quickly! I express my deep gratitude to the activists and deputies of the party. They have found a solution to the problem on the spot – work has already begun to replace the roof”, - says M.Olimova.

The son of Logon village resident Fakhriddin Khaydarov applied to Fergana State University last year. He could not get a few points to join the ranks of students. F.Khaydarov wants his son to be educated at the university as soon as possible and begin to bring even greater benefits to society. There is a small chance – the family needs to pay the initial super contract so that the son could start studying.

People’s representative, member of UzLiDeP deputy group M.Yuldashev extended a helping hand to the family – he transferred 120 million UZS to the account of the university at his own expense – the young man was accepted into the ranks of students.

With the assistance of the working group, the internal roads of Logon village were repaired, 1 km of roads were asphalted, the old poles and electric wires were replaced with new ones.

“Until now, secondary school No.49 was not provided with clean drinking water. We have appealed to responsible authorities many times. Party activists comprehensively studied and helped to solve this problem”, - said S.Niyazova, a resident of Logon village.

It should be noted that members of the working group also provided practical assistance in improving activities of social facilities – preschool education institutions, schools, and emergency medical stations.