Championships between members of UzLiDeP faction and party activists are held 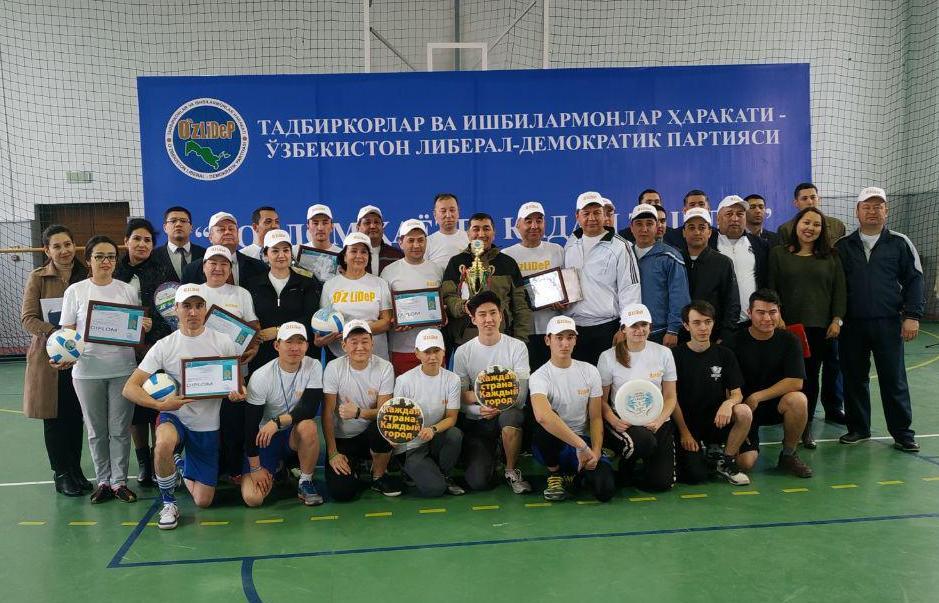 The Executive Committee of the Political Council of UzLiDeP together with the parliamentary faction of the party held a campaign under the slogan “Make a step towards a healthy life!”.

The event was attended by deputies of the Legislative Chamber of the Oliy Majlis of the Republic of Uzbekistan, senior officials of the Executive Committee of the Political Council of UzLiDeP, activists of Tashkent City Council of the party and students of Uzbekistan State University of World Languages.

At the event, it was noted that systemic measures are being taken in the country to prevent non-communicable diseases and their threatening factors, to treat patients and control diseases, to reduce mortality and morbidity among the population.

One of the main criteria for evaluating the effectiveness of activities of the heads of state bodies and organizations is to support a healthy lifestyle of a team of employees, to create all necessary conditions for increasing their level of physical activity, to organize regular activities aimed at achieving these objectives.

– The wealth of each country is the health of its population, preservation of a good gene pool of the nation. After all, without healthy people, the younger generation, it is impossible to create future and progress, – says Deputy Chairman of the Executive Committee of the Political Council of UzLiDeP M. Khodjayeva. “Therefore, in our country, serious attention is paid to the healthcare system as a key area of ​​state policy. The basis of the initiatives of the Head of the state in this direction is the idea of ​​improving the health of the nation. The campaign “Take a step towards a healthy life!” is also aimed at promoting sports, strengthening the health of the population.

Championships in football, volleyball and running among the employees of the Political Council of UzLiDeP and members of the parliamentary faction of the party were held within the framework of the campaign.

Following the results of the championships, the winners were presented with valuable memorable gifts.