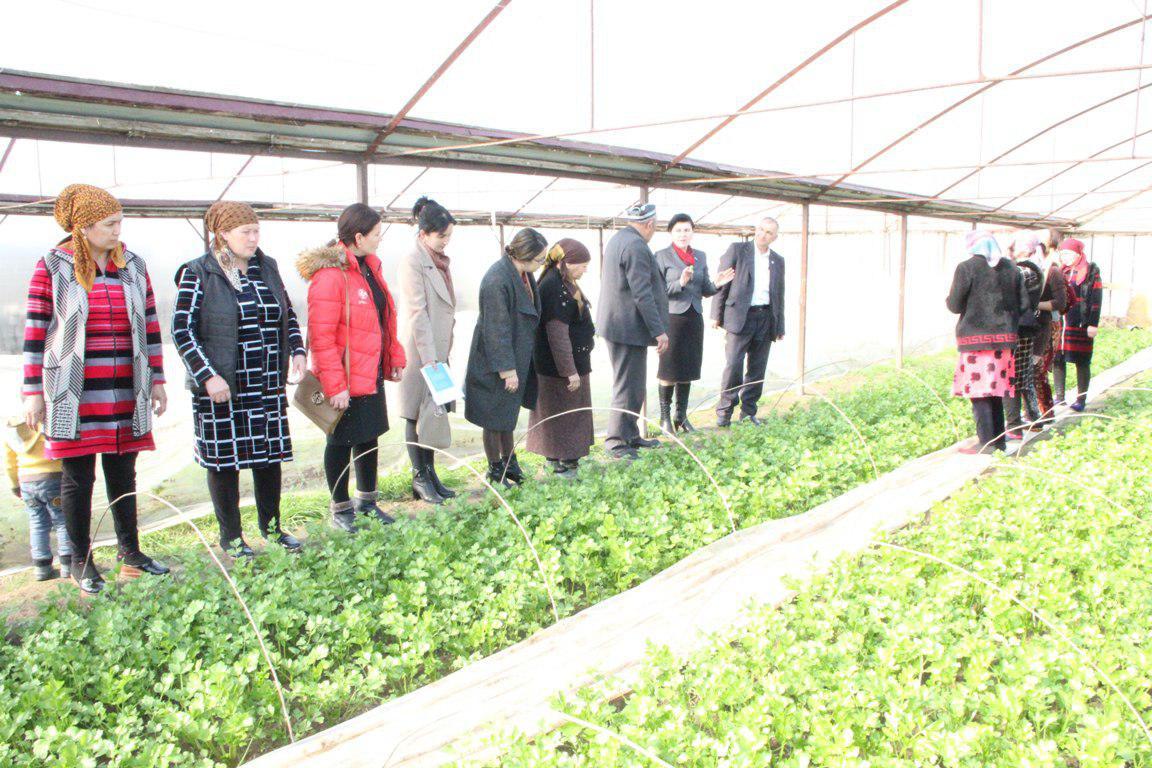 Syrdarya regional Kengash of UzLiDeP together with Saykhunabad district Council of Farmers, Dehkan Farms and Owners of Household Lands held an event on “A household land – a source of income”.

It was attended by deputies of the Legislative Chamber of the Oliy Majlis, leaders of district Women’s Committee and Scientific Research Center “Oila” (Family), girls and women wishing to start an entrepreneurial activity.

Deputy of the Legislative Chamber of Parliament Gulshana Khudoyorova informed about the essence and significance of the program “Every family is an entrepreneur”, activities on its implementation. It was noted that systematic work is being carried out to increase the knowledge and skills of people in remote regions, to fully support their initiatives.

A resident of Saykhunabad district Sanobar Tillayeva is one of the exemplary entrepreneurs who skillfully use the household land. Currently, she uses all the possibilities of the optimal greenhouse, created on 12 acres.

After the event, party activists visited S.Tillayeva’s house and studied how work was organized in the greenhouse. The need for expanding the greenhouse, organization of such greenhouses and other households was noted.

Necessary advice and recommendations were also given to interested women in cultivation of lemon and greens.

“5 employees work in our greenhouse. Last year, we received income in the amount of 20 million UZS. This year we are planning to increase this figure to up to 30 million UZS. I am very pleased that activists of UzLiDeP party became interested in my activities, came to the greenhouse and expressed words of support,” - says S.Tillayeva.

It should be noted that S.Tillayeva, in turn, also gave necessary advice to interested women.