UzLiDeP deputy will build a football stadium in Karmana 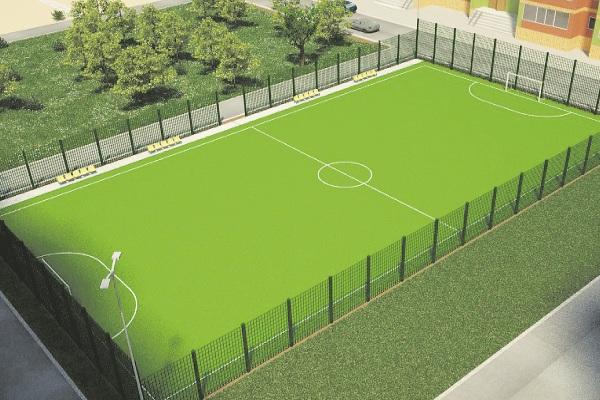 More than 20 complaints were received from citizens concerning the allocation of land plots for building houses, receiving children’s allowances, problems with electricity, drinking water and other issues. Particular attention was paid to issues of creation of new jobs, business development.

For example, Jamshid Babakulov, who lives on Pakhtazor Street, asked for assistance in obtaining a soft loan to expand production. He has been producing furniture products for many years and now intends to import equipment of foreign manufacture.

A member of UzLiDeP deputy group S. Bazarova assumed responsibility for solving the issue of J. Babakulova and sent a deputy request to the district branch of Aloqabank.

Umid Turayev, who lives in one of the houses of Pakhtakor-2, complained about the poor condition of internal roads and asked for help in solving this problem. Members of the party’s deputy group expressed their willingness to help with relevant organizations.

The lack of a football stadium on Mustakillik Street of Pakhtakor makhalla creates inconvenience for many young people. Residents repeatedly appealed to the Makhalla Fund of the district with a request to assist in construction of a mini-football stadium with artificial turf, but there was no effect.

“Our children love sports very much. They want to play football. Therefore, we need a playground, a tennis court, as well as recreation facilities for the older generation, a small fountain in our makhalla”, - said Muhammad Juliyev, a resident of the makhalla.

Member of UzLiDeP deputy group S. Bazarova noted that she would send a letter to the district khokimiyat and would contribute with involvement of sponsors to the construction of a mini-football stadium.

Chief of staff of Karmana district