Deputies of Parliament met with voters 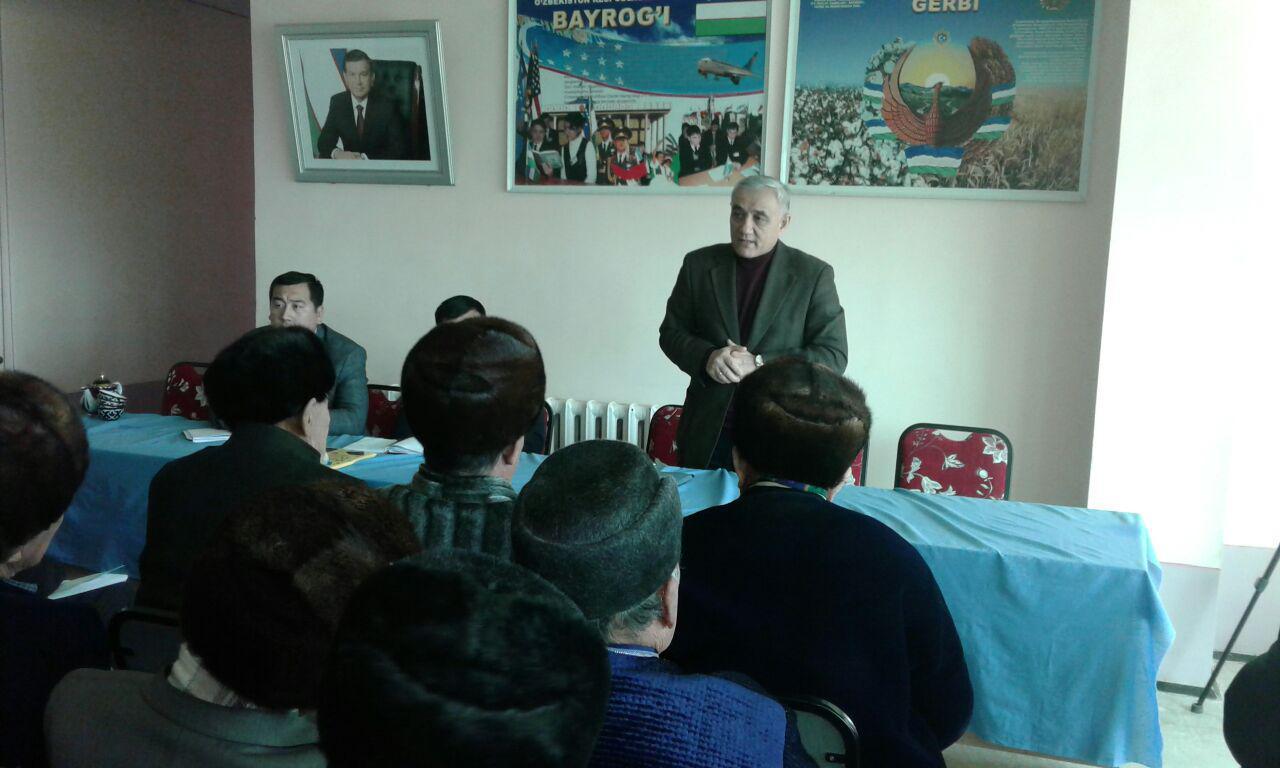 Deputies of the Legislative Chamber of the Oliy Majlis, members of UzLiDeP faction visited Samarkand region to study and solve problems at places and held a dialogue with the population.

In particular, a meeting between deputy Tulkin Eshnazarov and voters of the MCG “Ilm” in Pastdargam district took place at a high organizational level. Many appeals in various directions were received from the population.

Thus, a resident of Turttom makhalla Kholmurod Ganiyev noted that over 300 children of pre-school age live in the district, but at the same time there is no a single kindergarten in the village. He asked for assistance in opening a PEI. He also noted that he could not find a technique for plowing household lands.

“We have technical difficulties. Usually we hire equipment for money, but now for money it is almost impossible to find”, - says H.Ganiyev.

On the first question of H.Ganiyev, the deputy T.Eshnazarov will send a deputy request to the Ministry of Preschool Education. The sector leader took responsibility on the issue of lack of equipment. He promised to study and solve the problem.

In addition, requests will be sent on replacement of old pillars, the repair of secondary school No. 99, the bridge connecting Ilm and Mekhnat makhallas.

A meeting with residents of citizens’ gathering of Yangiravot makhalla was held at the same level. Issues of updating outdated water pumps, replacing pillars, and repairing internal roads were raised.

For example, Abdurazzok Togaymuradov noted that the school No. 106, designed for 280 places, now educates 407 students who study in two shifts. He asked for assistance in building new classrooms.

A request on this issue will be sent to the Ministry of Public Education.

Many issues were considered and resolved at the meeting of the deputy of the Parliament A.Shadmanov with the population.

A resident of Ziyolilar Street Zebo Iskandarova raised an environmental issue. According to her, in spring, summer and autumn, the mound Kimyogarlar is covered with acrid and harmful smoke. This is due to the fact that the local population living near the garbage bin of Samarkand, burns the accumulated garbage.

The deputy visited the place to study this issue and contacted responsible structures. The issue is awaiting a solution.