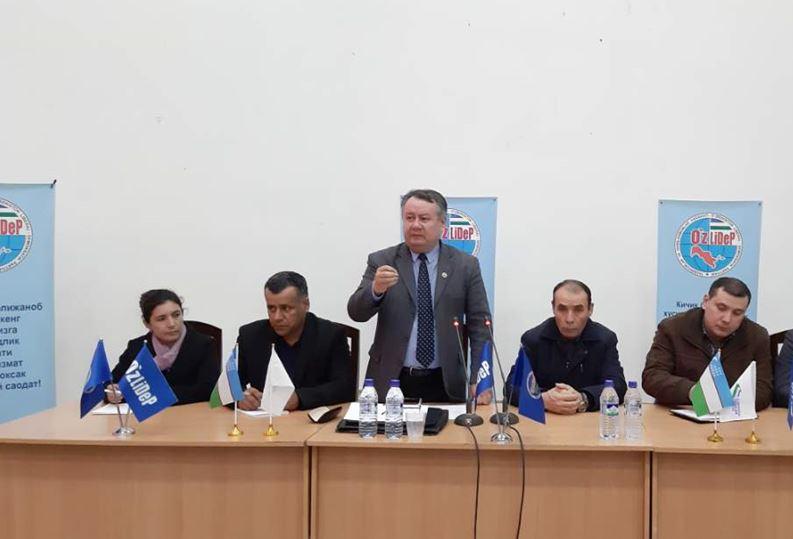 Deputy of the Legislative Chamber of the Oliy Majlis Shukhrat Bafoyev visited Bukhara region, where he met with the population and studied the issues concerning people.

Voters told the deputy about their concerns. In particular, it was noted that the district has problems with uninterrupted power supply, which causes great inconvenience for the population.

A resident of Ulfatbibi makhalla S.Salomov is the head of the farm “Gijduvan kishmish”. In 2016, he created an intensive garden on 1 hectare of land. But the ongoing work on optimizing farms negatively affect his activities.

The district head of the Council of farms, dehkan farms and owners of household lands was entrusted with addressing this issue. The farmer’s problem should be solved soon.

A graduate of Gijduvan Industrial College B.Hikmatov opened a small sewing workshop in MCG “Gulistan”. A young entrepreneur wants to expand activities, and this requires funds.

A resident of the MCG “Bobur” F.Mardonov would like to engage in business activities. He wants to open a gym to actively attract youth to sports. He needs 3 billion UZS for this purpose.

The deputy took control over the issue of practical assistance to these citizens.

With the assistance of Sh. Bafoyev, Gijduvan’s resident G.Rakhmatova received a soft loan for opening a sewing workshop.

During the dialogue with voters, a helping hand was extended to other people also.