Deputies are satisfied with responsible persons’ reports of Chilanzar district 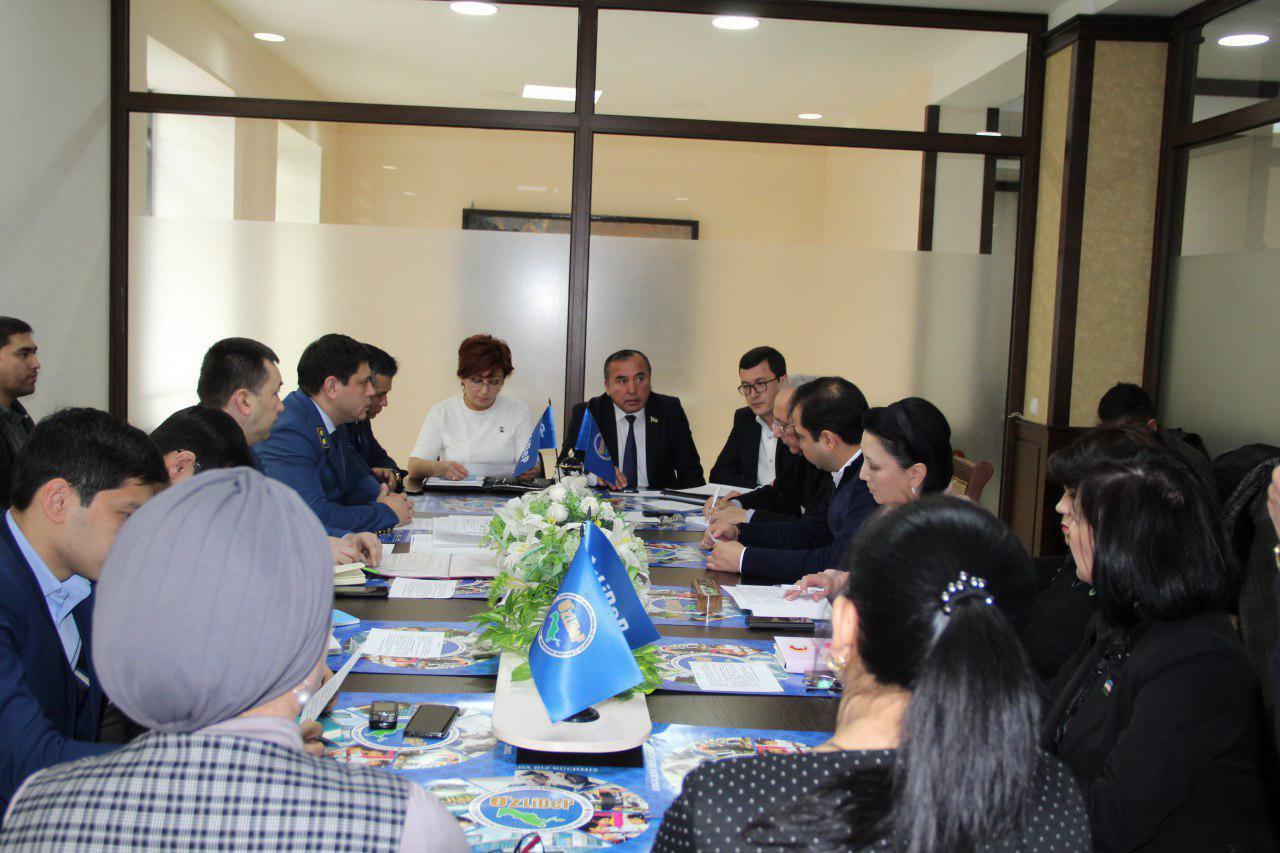 A regular meeting of UzLiDeP deputy group in Chilanzar district Kengash of people’s deputies was held.

At the event, information of the First Deputy Head of the State Tax Inspectorate of Chilanzar district Dilshod Usmanov was heard.

At the meeting, information from the Deputy khokim of Chilanzar district on issues of investment, innovation, assistance to privatized enterprises, development of free and small economic zones Khasan Shukuraliyev was also heard.

“11 direct investment projects for 2019-2020 have been developed for a total amount of 2.291 billion UZS. With successful implementation of these projects, investments in the amount of 271.7 million USD will be mastered. As a result, 1,135 new jobs will be created”, - said Z.Shukuraliyev.

According to the official, on the basis of the resolution of the President of July 19, 2018, implementation of 5 investment projects worth 714 billion UZS is planned in the region. Of these, 96.6 million USD is foreign direct investment.

Responsible persons of the district gave detailed answers to questions raised by the participants of the meeting.