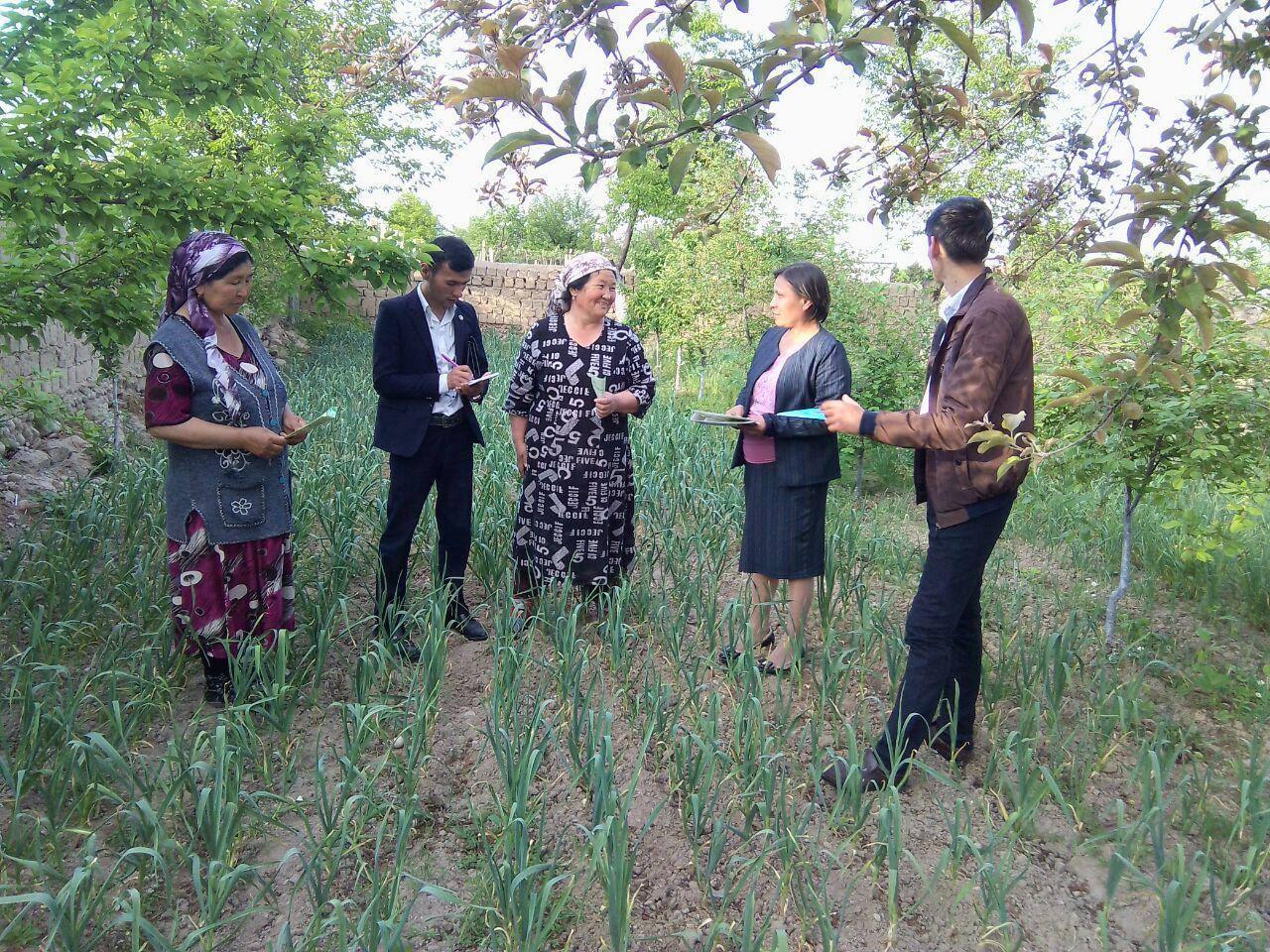 As previously reported, at the initiative of Fergana Regional Kengash of UzLiDeP, in the context of cities and districts, working groups were formed consisting of party activists to study the state and use of household land and carry out outreach and explanatory work on the effective use of free land areas.

Representatives of 76 groups consisting of party workers, deputies, chairmen of the PPO and active land owners provide assistance and advice to the population on planting fruit trees, construction of greenhouses, the delivery of seeds and fertilizers.

Members of the working group in the districts and cities visited 11 thousand houses. As a result, on 5.9 hectares of unused land of socially vulnerable people, with the assistance of sponsors, agrotechnical measures were carried out and 4 thousand tree saplings were planted.

For citizens who do not have sufficient experience of effective use of personal land plots, with the involvement of experienced farmers, more than 20 master classes were organized. They were attended by 900 owners of land plots. During the workshops, the participants exchanged experiences on the issues of cultivation and care of plants in household plots.

- I took part in workshops organized by the party and learned a lot of new things. Particularly useful for us are manuals on growing plants, prepared under the rubric “UzLiDeP Library”. I decided to grow flowers in my backyard lands, - says Kh.Alimova, who lives on Mirishkor street.

In the course of the study, it turned out that citizens who wish to engage in business activities on their homelands face problems in obtaining a loan. Party activists provided practical assistance in obtaining a loan to 15 citizens.

- Thanks to the practical help of the workers of the party, I have built a greenhouse on 2 hectares. I will grow lemons, and between rows – greens and vegetables. The knowledge gained at the master classes will contribute to cultivation of a rich harvest, future income will be used to expand greenhouses, - said resident of citizens gathering of Shuroker makhalla E. Yangiboyev.

Members of the working group distributed 15 thousand outreach booklets on growing 15 types of crops and 5 thousand booklets on the effective use of household land and privileges provided in this direction among the population, published under the heading “UzLiDeP Library”.

Workshops, organized by UzLiDeP representatives, are held in the most remote villages of the region.