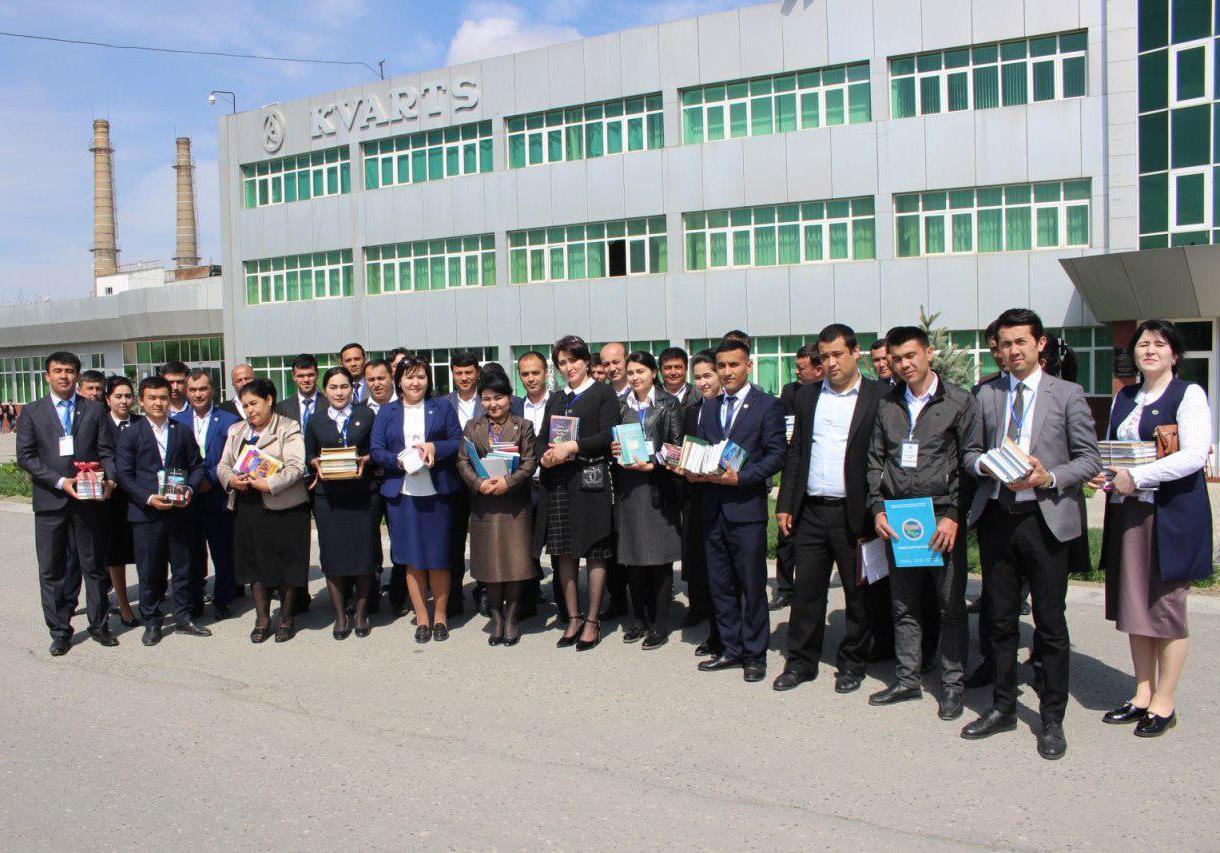 The reporting and election meeting of the primary party organization of Kuvasay city Kengash of UzLiDeP operating in the joint-stock company Kvarts took place.

At the meeting, a report by the lower-level leader of the party S. Zokhidov on the PPO activities in 2018 was heard. Views were exchanged on enhancing the activities of PPO, achieving concrete results in the work carried out jointly with deputies, expanding the ranks of party members and on other pressing issues.

– Our primary party organization was formed in 2004, and currently unites over 500 people in its ranks”, said the PPO leader S. Zokhidov. – Our primary party organization forwards initiatives to protect the interests of the electorate and solve its problems. With the assistance of the PPO, 15 people were employed, sponsorship was provided to 20 employees of the company. Last year, 200 employees joined the party. Our team took the 3rd place in the Republican competition “Exemplary Primary Party Organization 2018”.

At the reporting and election meeting, a positive assessment was given to the activity of the lower-level leader of the party S. Zokhidov, he was again re-elected as the PPO leader.

Representatives of Fergana Regional Kengash of UzLiDeP, the party deputy group and the party activists who arrived on this day got acquainted with the work of the primary party organization of the joint-stock company “Kvarts”. With the assistance of representatives of the party, the UzLiDeP Library was opened at the enterprise to improve the spiritual leisure of young people and more than 400 art books were presented as a gift.