Actual issues of socio-economic development of regions, increase of the 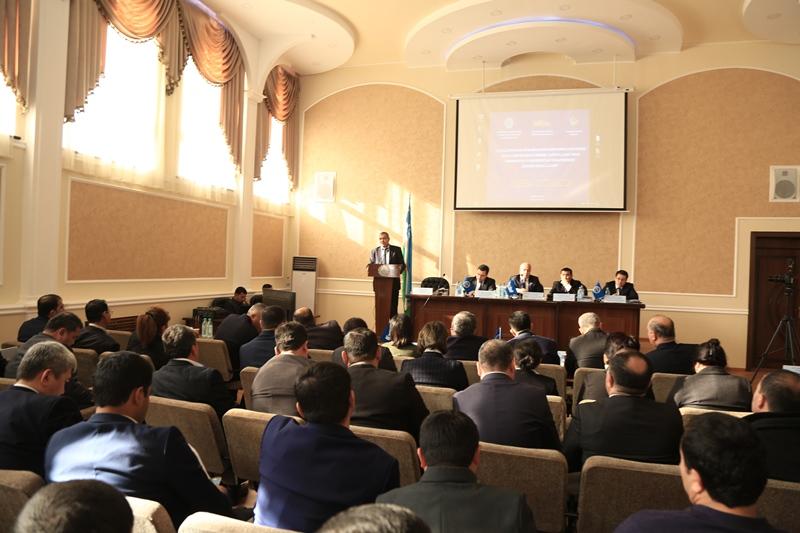 UzLiDeP and its faction in the Legislative Chamber together with the Association of  Economists of Uzbekistan, the Banking and Finance Academy of Uzbekistan and Samarkand regional khokimiyat organized a «round table» on the theme «Actual issues of socio-economic development of regions, increase of the income part of local budgets and withdrawal from subventions» in Samarkand region.

President of our country Shavkat Mirziyoyev in his election program put forward initiatives for the adoption of program for the integrated advancement of districts and cities in 2017-2021, as a result of these programs, every one of the 81 districts that receive subvention will be completely self-sufficient, and will significantly reduce the amount of subventions to 41 districts and towns. Based on the importance of these tasks, UzLiDeP together with partner organizations conducted systematic work.

UzLiDeP analyzed several areas of the Samarkand region that are in the subvention in order to develop their potential and gradually withdraw them from subsidies. The deputy groups of UzLiDeP held more than 200 hearings on topical issues of social and economic development of the territories, more than 130 deputy inquiries were sent to local authorities, and explanatory notes were received.

It was noted that a number of districts were slowly being withdrawn from the subvention. In the current year, it is planned to receive from the regional budget of 379.0 billion soums of subventions for 9 regions. The share of subventions in total costs in Nurobod district is 12%, in Taylak district – 34%, Narpay district -37%, Kushrabat district -50%, Bulungur district - 51%, and Kattakurgan district -54%, Pakhtachi district 55%, Payarik district -57% and Istikhan district -59%.

It was noted that there was a need to implement a number of measures to expedite these processes, improve the efficiency of the work, improve the business environment in the regions, and create conditions for attracting investments.

The working group of specialists, as a result of a detailed study of the possibilities for the removal of the Payarık district from under subventions, reported that in the period from 2017 to 2021 the meat processing in the region will increase by 16.2 percent, milk processing from 12.3 to 28.0 percent , processing of vegetables - from 0,1 to 3,2 percent, fruits - from 0,2 to 21,4 percent, grapes - from 1,5 to 23,1 percent, production of building materials and cotton fiber - 2,1 times , production of food products - 2.3 times.

It was said that there are similar opportunities in other areas in the subvention regions. Due to the implementation of new projects, this year it is planned to allocate 25.3 billion soums of additional income to local budgets.

The participants also discussed the programs for removing five more districts from the subsidy in the period from 2018-2020.

It was noted that in the period 2017-2018 in the region will be implemented investment projects for the development of industry - 585, development of services - 2774, development of agriculture - 934, as a result, 38 thousand 332 jobs will be created.

The relevant recommendations have been developed and adopted on all the issues considered.