A new bridge is built with the assistance of UzLiDeP deputy 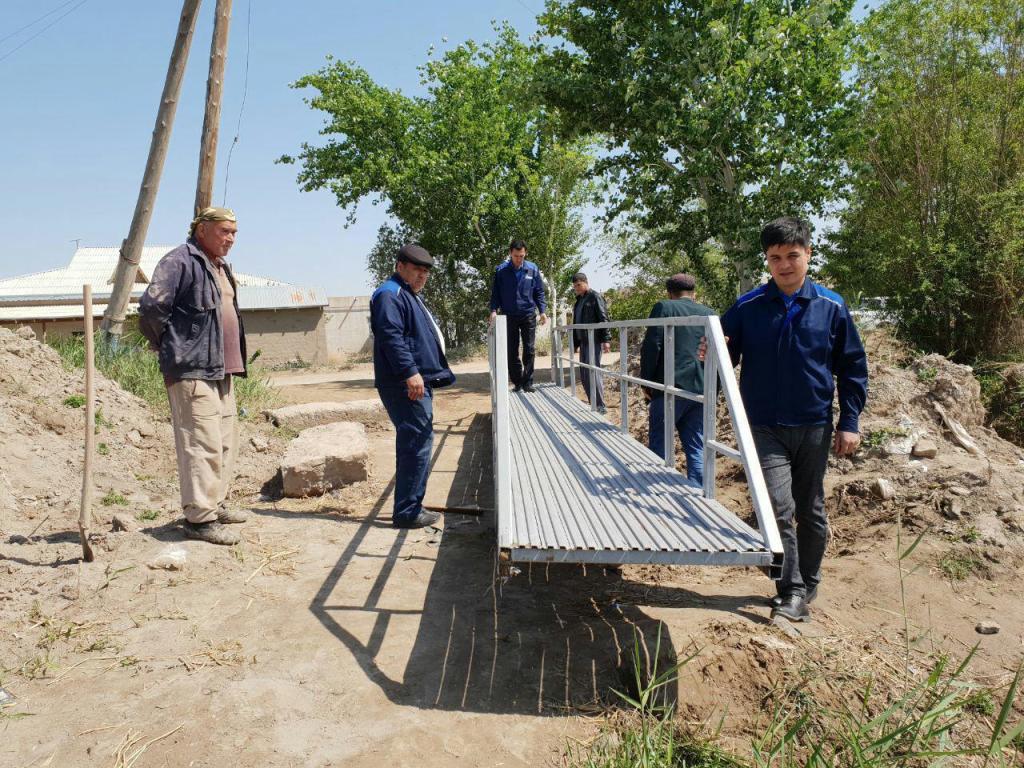 The main thing is people's trust. Having accepted this as the motto of everyday life, a member of the deputy group of UzLiDeP in Khazarasp district Kengash of people's deputies Ilkham Durdiyev considers identifying and a positive solution to the problems of the population of his district as his main duty.

Perennial problems of the population of Shekhlar makhalla of Pitnak village were solved with the assistance of a representative of people.

The old wooden bridge, built over the Arna aryk flowing through the territory of the makhalla, was dangerous for the life of people, but the population had to use it. Children studying at the school on the opposite side of the aryk also crossed the dangerous bridge.

The deputy Ilkhom Durdiyev, who studied the situation on the spot, and the party activist Ulugbek Matkarimov assisted in construction of a new bridge across the Arna aryk. Thanks to this, the population of the makhalla was once again convinced of the correctness of their choice – the deputy justified the trust of the population! Now both adults and children can walk on a bridge without any danger.

The deputy also contributed to the improvement of places of worship located in makhallas and territories of the district.