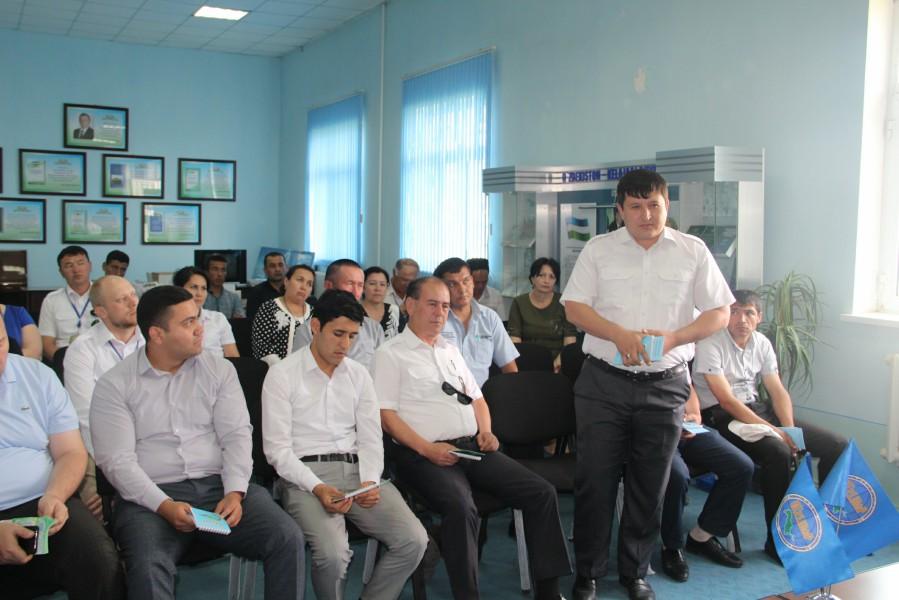 Kashkadarya regional Kengash of UzLiDeP held a roundtable discussion at Karshi International Airport on the essence and significance of the decree of the President “On measures for fundamentally improving the business support system”.

Speakers at the event noted that the decree had become a timely document for development of entrepreneurship, attraction of investments and business, free effective activity of the main electorate ― entrepreneurs and business people.

– Previously, entrepreneurs had to knock down the thresholds of many instances in order to solve problems, – said F. Safarov, head of department of the regional Kengash of UzLiDeP. – Now bureaucratic obstacles are eliminated. Problems are solved quickly and on the spot. At the same time, in accordance with the decree, a unified system for receiving and considering requests from entrepreneurs will be formed.

Following the event, 8 employees were accepted into the ranks of UzLiDeP, a PPO was formed at Karshi International Airport.

Head of Department of