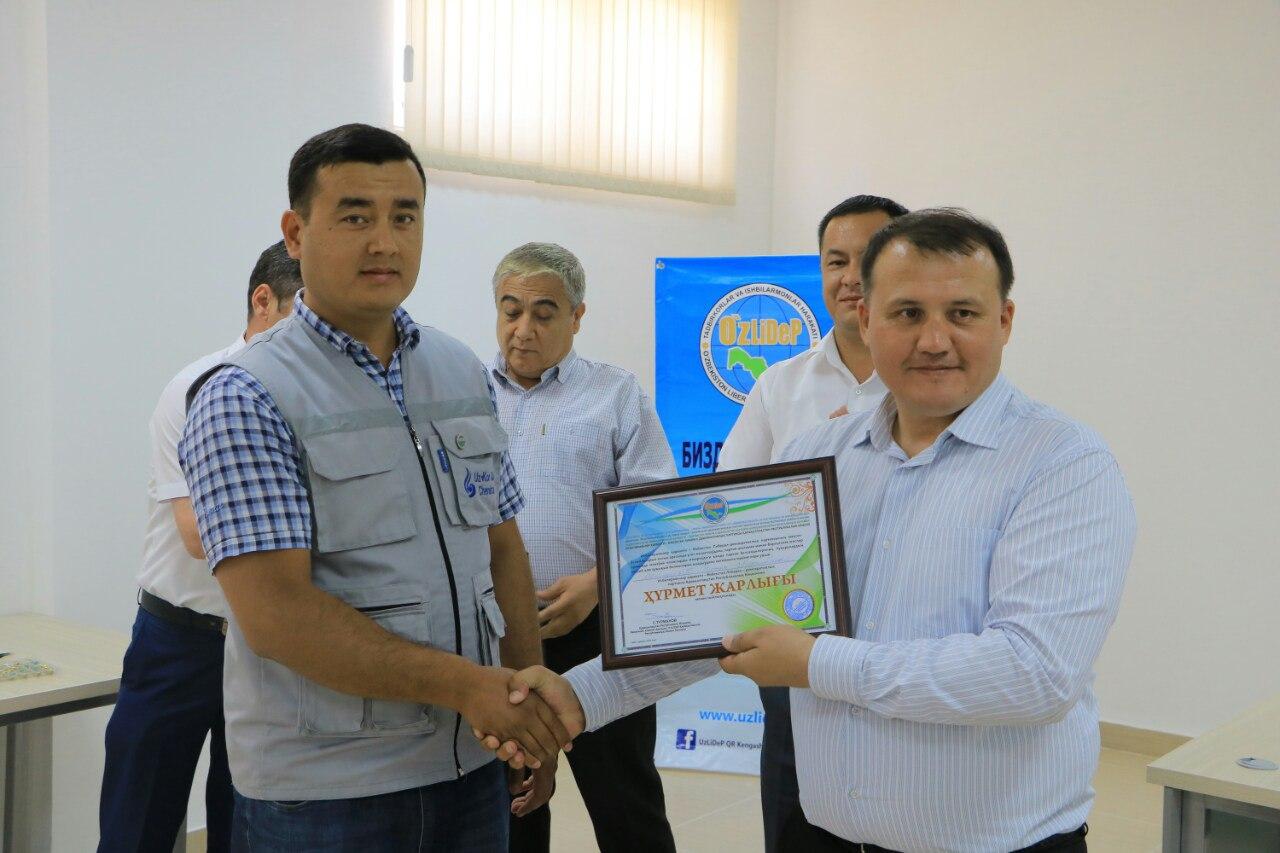 Representatives of the party led by the Chairman of the executive committee of the political council of UzLiDeP A.Khayitov visited the private enterprise “KANTEKSINBEST” in Kanlykul district. Familiarized with the process of production.

At the event, they discussed the ideological goals and objectives of the party, its activities, the issue of enhancing the work of the lower parts of the party.

The company is included in the targeted program of large investment projects for development of industry, services and agriculture in Kanlykul district of the Republic of Karakalpakstan in 2018-2019. For this purpose, 10 hectares of land were allocated for construction of the enterprise on the territory of the citizens assembly of Navruz aul of Kanlykul district.

At the event, they became familiar with activities of the most active lower-level party at this enterprise. Nearly 200 people accepted the party’s ranks and were given party cards.

At the expense of funds in the amount of 500 million soums of the Fund under the Council of Farms, Dehkan Farms and Owners of Household Lands, the population was rendered assistance in digging 200 artesian wells.

Taking into account the vastness of territories and availability of reed thickets, an agreement was reached on opening a feed processing shop with a total cost of 330 million soums at “Rayimbek Farmer” district farm.

Taking into account the possibilities of fattening turkeys in Muynak district, an agreement was reached on supply of 5,000 turkeys to owners of household land.