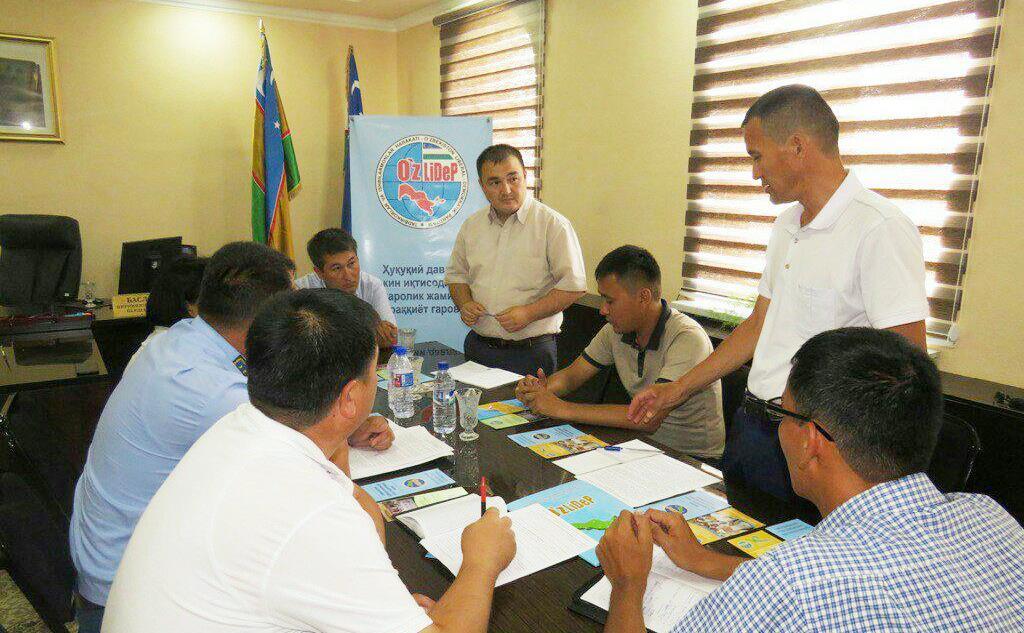 In Korauzak district, 25 projects worth a total of 3.8 trillion soums were included in 2019-2021 Investment Program. As a result of project implementation, 1033 new jobs will be created.

As of June 21 of the current year, 8 projects worth 333.0 billion soums have been implemented at the expense of territorial investments, and 179 new jobs have been created.

This was reported at the meeting of UzLiDeP deputy group in Korauzak District Kengash of people’s deputies.

According to the Deputy Chairman of the State Tax Inspectorate of the district U.Turdiyev, within the framework of the concept for improving tax policy, from January 1, 2019, for all citizens, the current 4-step income tax rate for individuals is set at a single 12 percent rate, 8 percent premium deducted from wages to the pension fund is canceled.

“Since January 1 of the current year, income and taxes equated to it are reduced almost twice. Income tax reduced to 12 percent”, said U. Turdiyev.

At the meeting on the second issue of the agenda, information of the Deputy Chairman of the District Department of Preschool Education R. Shalabayev was heard.

Deputies who spoke at the meeting inquired about the reasons for incomplete construction of preschool education of the institution “Juldizcha dos” in the citizens assembly of the village “Berdak”.

Shalabayev noted that a loan of 1 billion 433 million soums was planned to be allocated by “Uzsanoat Qurilish Bank” for construction of this institution, due to the fact that the planned loans are still not allocated, the construction is temporarily suspended.

The people’s representative G. Kudaybergenov sent a deputy request to the Chairman of “Uzsanoat Qurilish Bank” on this issue, on the same day.