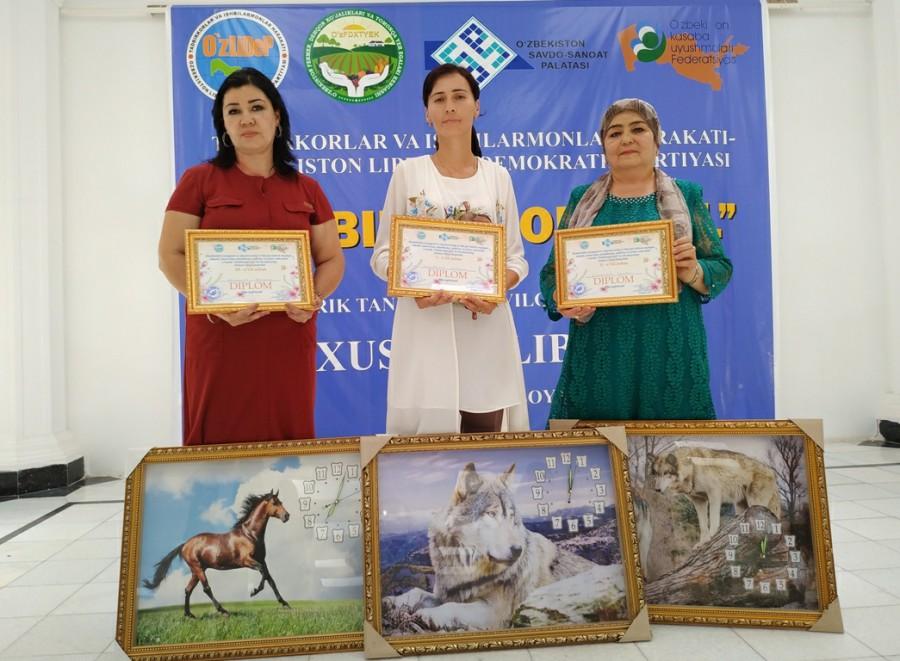 First, a demonstration of products made by the participants took place. Participants of the event became greatly interested in agricultural, food, culinary products, clothes for women and children, gold-embroidered products, handicrafts and jewelry. “Last year they opened a sewing workshop “Guli Modalar Dunyosi”. In a short time, created 200 new jobs for rural girls. We sell products in the domestic and foreign markets. Recently, a 100-seat kindergarten was built and put into operation in a remote area of ​​the district at the CAM Ittifok”, said G. Fayzullayeva.

“In 2012, we started a family business”, said Shakhnoza Ibragimova from Gulistan. “Before that, my father Sodikjon Ibragimov was engaged in beekeeping since 1986. Our family business today is fattening chickens, ducks, geese, broiler chickens and harvesting dietary meat. We sell meat and eggs to teahouses and canteens”.

The Ibragimovs’ family this year built a greenhouse on 2.5 acres. In February, they sowed tomatoes, sold seedlings to consumers in early spring, and the revenue amounted to more than 10 million soums. Now they have re-sowed vegetables in the greenhouse, they grow greens, tomatoes, cucumbers, eggplants. With 60 hives, they receive 1 ton 700 kilograms of honey, which is in great demand.

Sanobar Juraboyeva is a pensioner. For many years she worked in the medical field, and now she’s not sitting idle. Together with her husband H.Juraboyev, began to engage in packaging and sale of legumes and spices. With the increase in orders, family entrepreneurs also began to engage in packaging sweets and dried fruit. The result exceeded expectations. They created Exclusive Marketing Art LLC, now their certified products under the label “Made in Uzbekistan” are exported abroad. 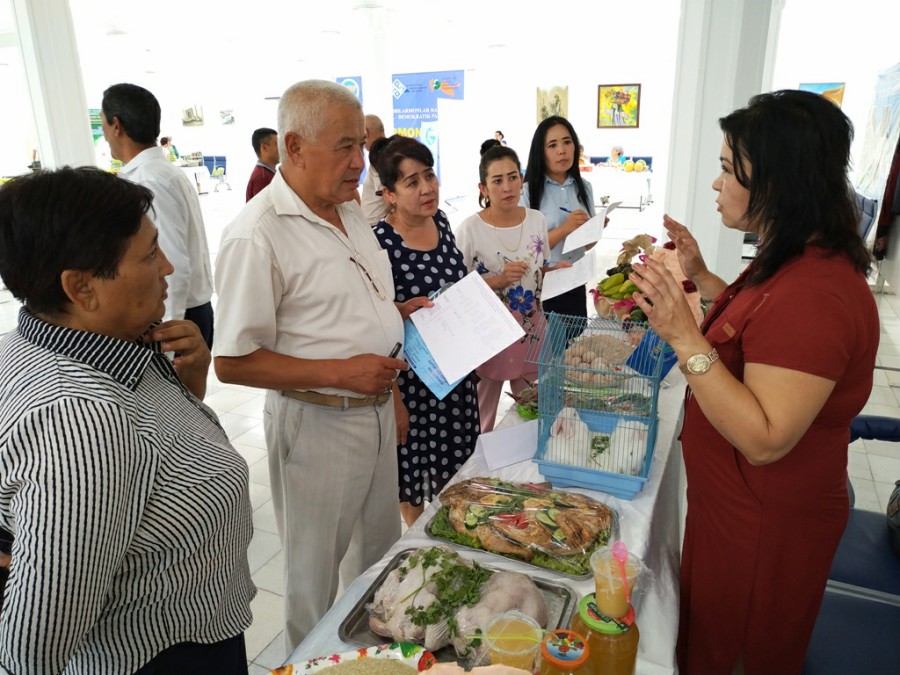 “We recently developed a project on development of tourism in the region”, says S.Juraboyeva. “By developing this sphere, we will provide jobs for 17 people (10 of them are women, 7 are men)”.

Makhsuda Jabborova from the city of Yangiyer began the activity of her company “Maks Tekstil Servis” with 10 employees. The woman entrepreneur continues her activity on the territory of CAM “Obod Yurt”, under the program “Each family entrepreneur” in the regional branch of Agrobank, and received a loan of 200 million soums and expanded its activities. The company produces sheets and more than 35 types of clothing for children and adults that are in great demand in the domestic and foreign markets. The company employs 40 people.

“The latest sewing equipment was installed in the workshops”, says M. Jabborova. – The material interest of workers is increasing. Our seamstresses receive from 600 thousand to 1.5 million soums, depending on the amount of work”.

The second and third places in the competition were taken by S.Juraboyeva and Sh.Ibragimova.

The winners were presented with valuable memorable gifts from the organizers.