How does UzLiDeP plan to solve problems of the population and entrepreneurs? 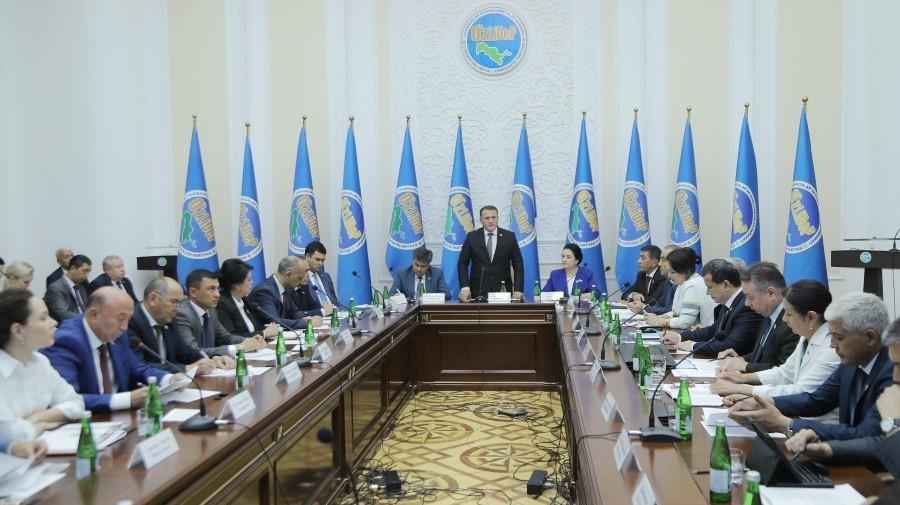 On July 13, an extended joint meeting of the Executive Committee of the Political Council of the Movement of Entrepreneurs and Businesspeople – the Liberal Democratic Party of Uzbekistan and the faction of the party in the Legislative Chamber of the Oliy Majlis was held.

The goal is to discuss issues of ensuring decent and effective participation of the party in the upcoming elections of deputies of the Oliy Majlis of the Republic of Uzbekistan and regional, district and city councils of people’s deputies in December this year, as well as projects of the updated UzLiDeP Program and its Pre-election Program. 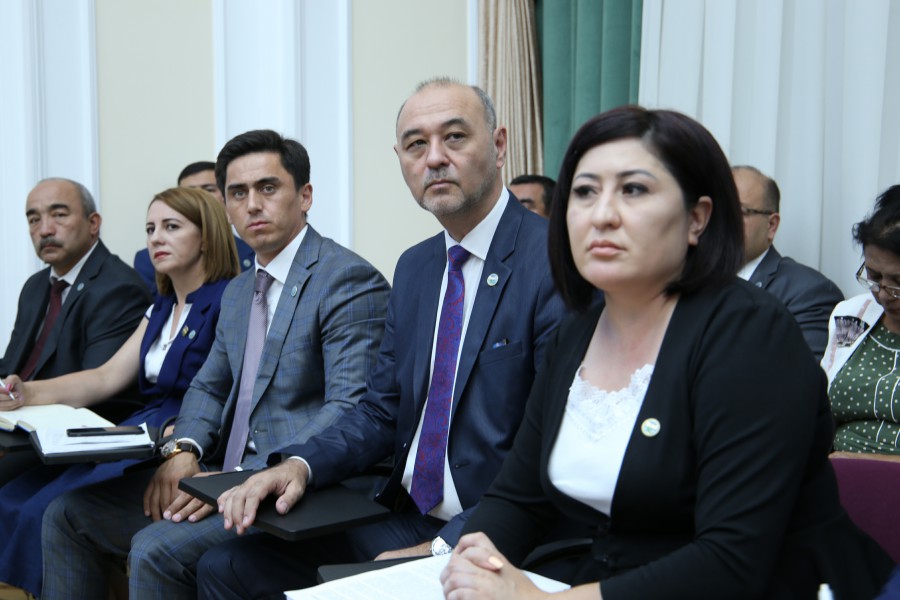 The meeting was opened by A. Khaitov, Chairman of the Executive Committee of the Political Council of the party. It was noted that large-scale democratic reforms in the country, implementation of targets of the Action Strategy on five priority areas of development of the Republic of Uzbekistan in 2017-2021, the adoption of the Election Code, the appearance of another political party in the public of the country, and a number of other factors indicate that that the upcoming elections will be held at a qualitatively new level, based on the principles of openness and publicity, strong inter-party competition, the struggle of ideas and programs.

All this, in turn, poses to all the structures of UzLiDeP and its deputies a number of serious tasks on preparing for the upcoming elections. In particular, these are tasks on selecting worthy candidates for deputies of representative bodies of various levels, authorized persons and observers from the party, raising the level of their political and legal culture and knowledge of electoral legislation, further strengthening the party’s relations with its electorate, voters, and effective use of modern PR-technologies, etc. 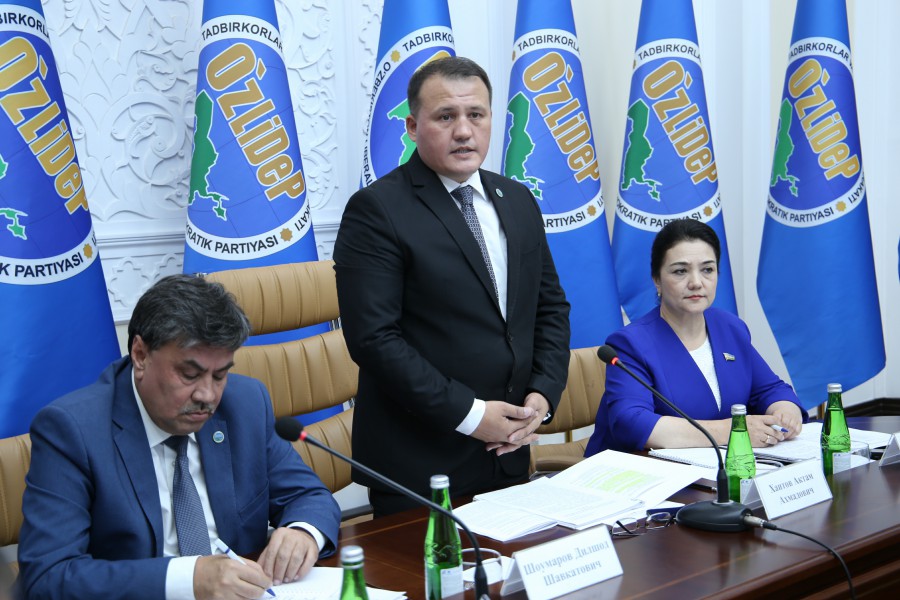 A.Khaitov noted that critical consideration and analysis of the party’s activities over the past two years, modern requirements for preparing for the upcoming elections indicate the need for a complete review of the party’s activities, the introduction of new and innovative approaches to its work. It was emphasized that over the past three years no tangible changes have been introduced to the party’s program documents, and the Party’s program and its electoral program must be combined with the Action Strategy. For the Action Strategy is based on the electoral program of our President, which is the main program document of the party during the presidential election and places great responsibility on the party for its full and timely implementation.

These aspects were in the center attention at the meeting held in the spirit of party controversy and tough discussions. It was noted that by the decision of the Party’s Executive Committee, a working group was formed in 5 areas, which, based on extensive discussion, developed the draft of the updated Party Program and the Electoral Platform. 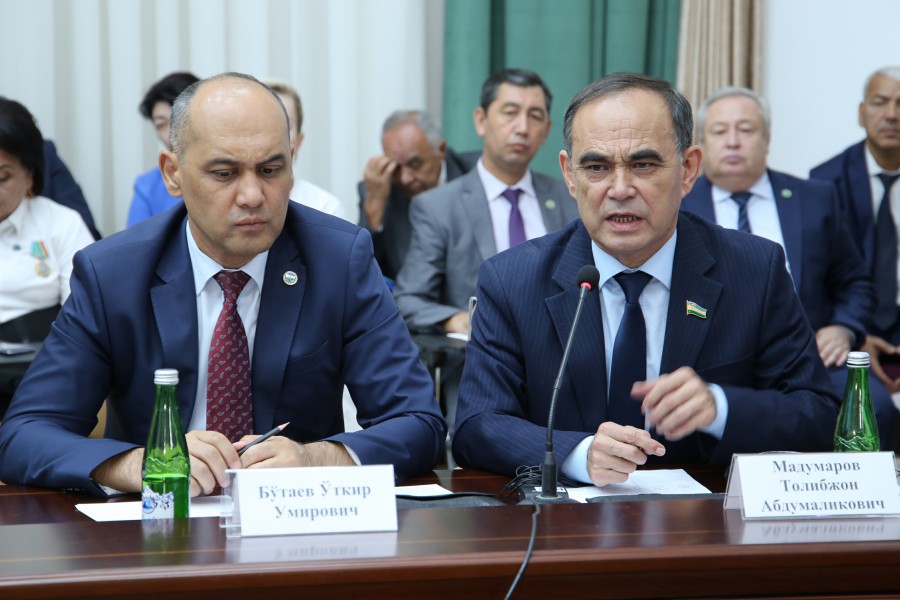 These documents were very active and lively discussed. Speakers paid special attention to issues of strengthening the role and raising the status of the parliament and other representative authorities in defining and implementing strategic programs for development of society and the state, the socio-economic development of regions, investment programs, etc. It was emphasized that henceforth deputies of all levels should not stand on the side as observers, but should actively participate from the very beginning of their development and exercise strict deputy and parliamentary control over their implementation.

It was emphasized that the party should have its own visions regarding the long-term development prospects of our state, we should not dwell only on current issues, but offer our voters our vision of sustainable development in the long term. The priority is to create a New Uzbekistan with a competitive and powerful economy, turning it into a country that is attractive for the development of business and private capital. It was emphasized that practical implementation of the principle “The richer people are, the stronger the state” should become the most important vector of the party’s economic and social policies. 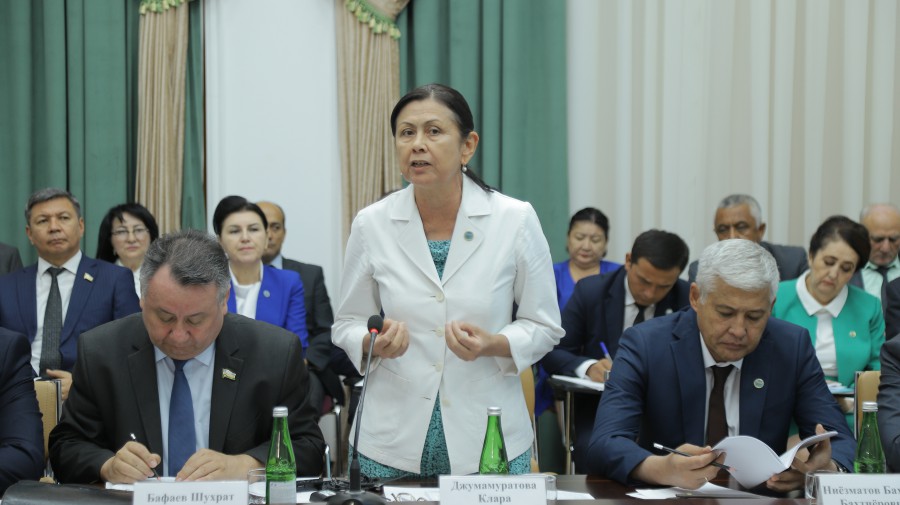 In particular, today the world is on the threshold of the “fourth industrial revolution”, and does the party have a vision on ensuring the country's competitiveness in these conditions, the conditions of the transition of many countries to the “knowledge economy and digital economy”. What do we offer, and how will we implement these tasks? What are the priorities of the party in supporting small businesses and private entrepreneurship, so that this sphere actually becomes a reliable basis and support for a strong, new economy of the country? These and similar questions were repeatedly asked by participants of the meeting. Proposals on active promotion of the country on the path of innovative development, increasing the intellectual potential and human resources of society were developed. 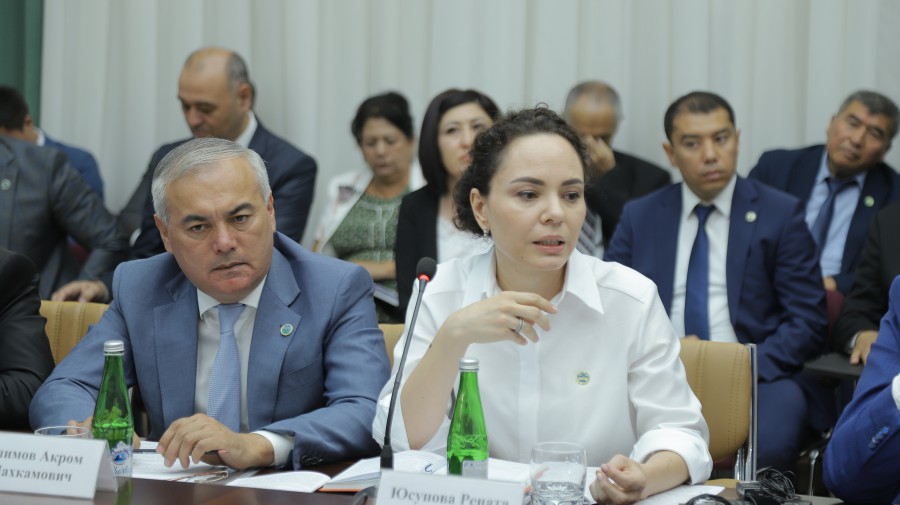 The course of democratization of the judicial and legal system and the adoption of fair decisions by the courts were critically considered. Until now, many applications of entrepreneurs belong to this area. If we do not achieve true independence of the courts, then we cannot talk about the formation of a favorable investment and business environment, and many of our economic tasks mean that they cannot be effectively implemented. It is necessary to strengthen the interaction of party receptions with the reception office of the Prime Minister, and to get solutions for the issues raised by entrepreneurs, their initiatives in the area of ​​attracting investments into the economy, development of regions, industry, the agricultural sector, etc. Many similar proposals from party activists were expressed.

Participants of the meeting also discussed the implementation of concepts of “smart, ecological and energy-efficient homes”, comprehensive support for entrepreneurship, sustainable development of territories, modernization and active development of the agricultural sector, and increasing the country's investment attractiveness. 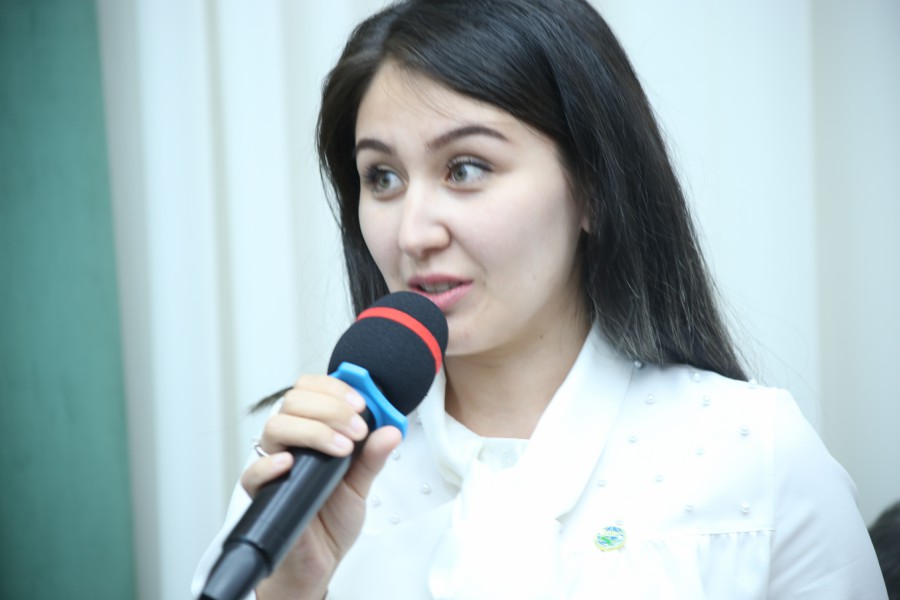 Attention was also paid to issues of liberalization of the social sphere, consistently increasing the level of attracting the country's population to higher education, active development of the private sector in healthcare and education, increasing the socio-political activity of women, building affordable housing for the population, developing and modernizing road transport, engineering-communication and social infrastructure, etc.

The results of measures implemented by the party in the field of working with the population, establishing a permanent dialogue with people were critically considered at the meeting. For example, since 2018, the working groups formed by the decision of the Executive Committee of the party, study the progress in the field of implementation of such important programs as “Every family entrepreneur”, “Youth is our future”, “Obod qishloq” (Prosperous villages) and “Obod makhalla” (Prosperous neighborhood) including bypass. Only in June this year, during regular field visits of working groups, visits to 400 houses were organized in the context of each district. 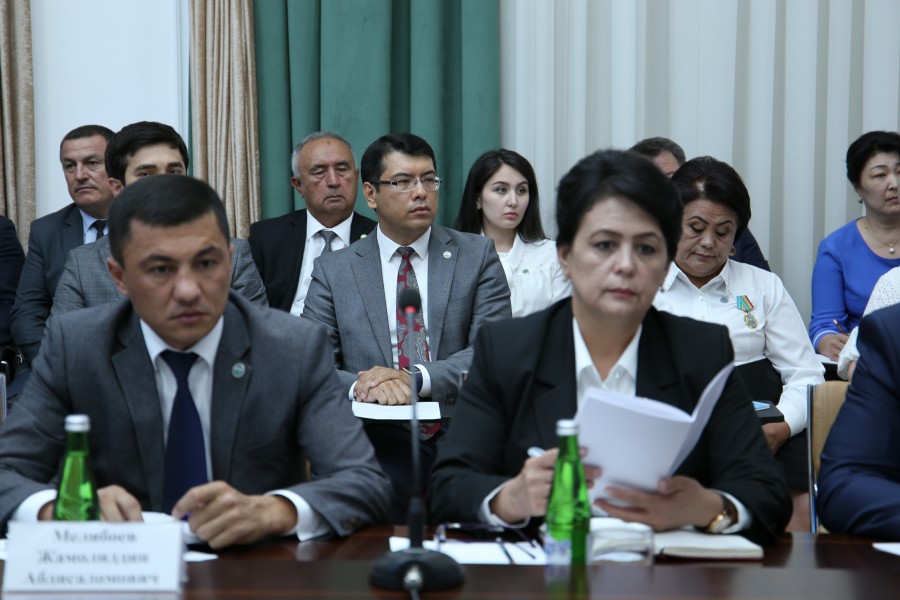 During the visits, the population’s problems were studied in establishment and development of microbusiness in the areas of home-based labor, the use of homestead land, livestock farming, fish farming, beekeeping, horticulture, as well as investment direction of local entrepreneurs and farmers in territories under serious attention of the President, measures were taken on their elimination. However, it was noted that the expected effectiveness in this direction has not yet been achieved. It is necessary to completely revise the activity of party structures in this direction and introduce new innovative ways with public relations.

Following the meeting, tasks for active preparation for the upcoming elections of deputies to the Legislative Chamber of the Oliy Majlis and local Kengashes of people's deputies were outlined.

At the meeting, other issues regarding the activities of the party were also considered.