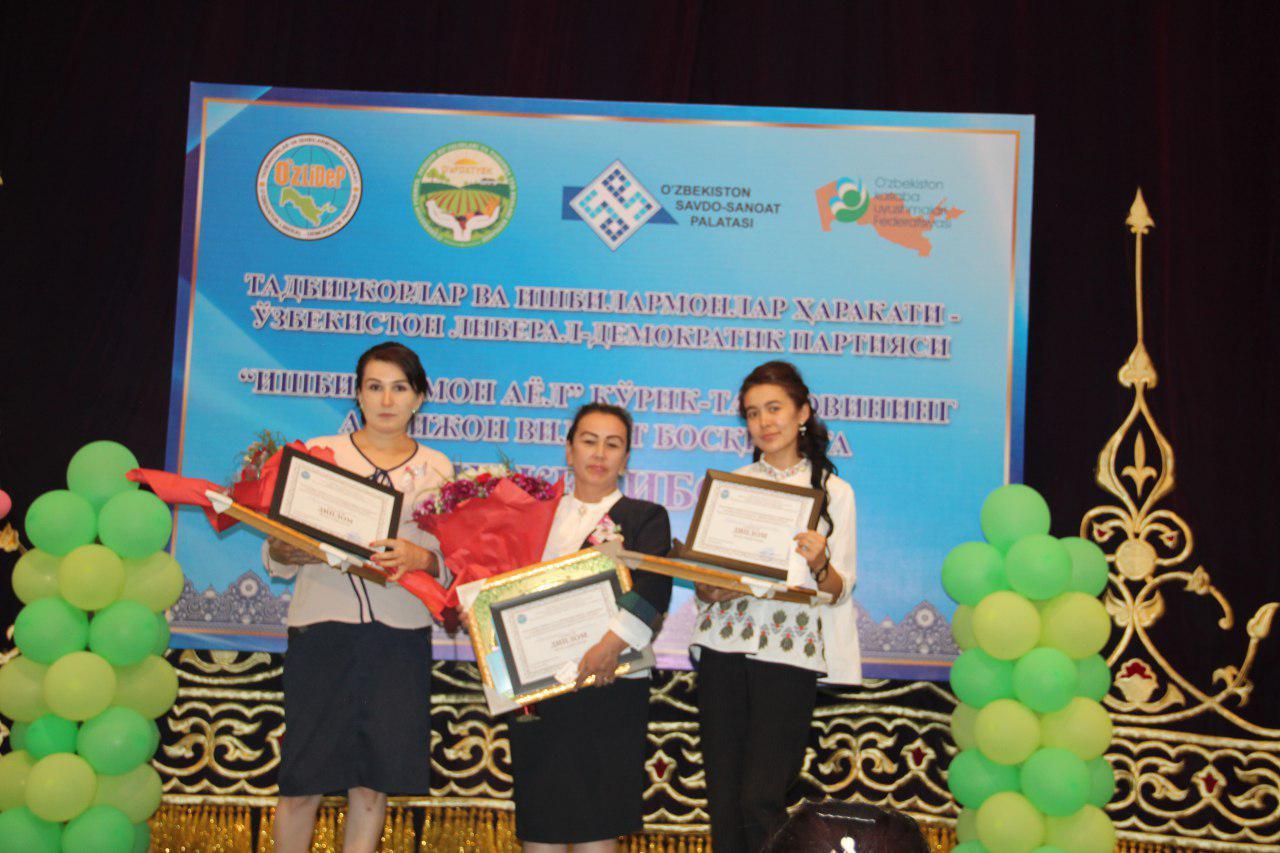 Andijan regional stage of Ishbilarmon Ayol (Businesswoman) competition was held by the Women's Wing of UzLiDeP.

The competition was attended by women entrepreneurs who won the district stages, they presented their products.

The purpose of the competition is wide attraction of women to entrepreneurship, comprehensive support of active, motivated women, and the expansion of the electorate.

The first place in the competition for active participation and achievements in entrepreneurial activity was taken by the head of multidisciplinary farm “Kujgan oltin dalasi” Makhfuzakhon Akhmedova.

«I have begun my activity in 2006», said the winner of the competition Makhfuzakhon Akhmedova. «Our farm has 68 hectares of fields. An orchard was planted on 15 hectares. The income from the garden is 60-70 million soums annually. We grow apple trees of such varieties as “champion”, “redgel”, “golden”. We store 30 tons of this year's crop as a reserve in refrigerated warehouses. After the competition, my sense of confidence has intensified, I set a goal — to work even more for the benefit of people.

The winners were awarded diplomas and gifts.