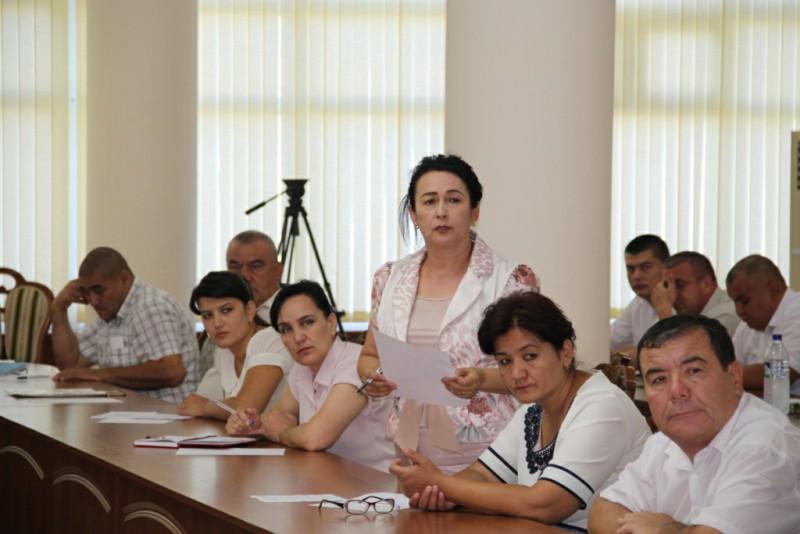 At the event, prevention of negative cases in matters of compensation for demolished houses of the population and the need for strengthening outreach work in this direction among the population, was discussed.

“At the meeting, we drew special attention to issues of building modern housing instead of morally obsolete houses of the population, increasing the participation of members of deputy groups of the party in ensuring the inviolability of private property, protecting by deputies of the legitimate interests of representatives of the class of owners”, said Shavkat Safarbayev, Chairman of the regional council of UzLiDeP. – We also outlined the tasks of studying problems of the population and entrepreneurs and their solution with the assistance of deputy groups of the party”.

Speakers at the meeting spoke on separate examples at what level, in accordance with the Constitution and laws of the Republic of Uzbekistan, the party and its deputy corps protect the rights of entrepreneurs who demolish their buildings and property rights of the population, whose houses are to be demolished, without warning.

In particular, the deputy head of the regional department of justice F. Eshnazarov presented information about problems widely covered in the media that took place in Ashkhobod makhalla of the city of Urgench and practical work to solve them.

At the meeting, it was noted that in the process of construction work, individual khokimiyats do not comply with the requirements of the law when occupying land for the needs of the state and society, which violates the rights of the population and entrepreneurs, in order to protect their legitimate interests, the need for increasing the efficiency of the institution of deputy inquiries of deputies of local kengashes was indicated.

Tasks for making concrete proposals to bring officials to personal responsibility for violating the right of inviolability of private property of citizens, to conduct a systematic study by the party faction in the Legislative Chamber of the Oliy Majlis of situations in the territories to prevent such cases, were outlined.

At the event, an agreement was reached on establishing deputy control of the full enforcement of laws by local khokimiyats, making deputy requests to the heads of relevant organizations in cases of violation of the law when resolving compensation issues for demolished houses in the region.