Andijan hosts a forum “Youth is our support and decisive force” 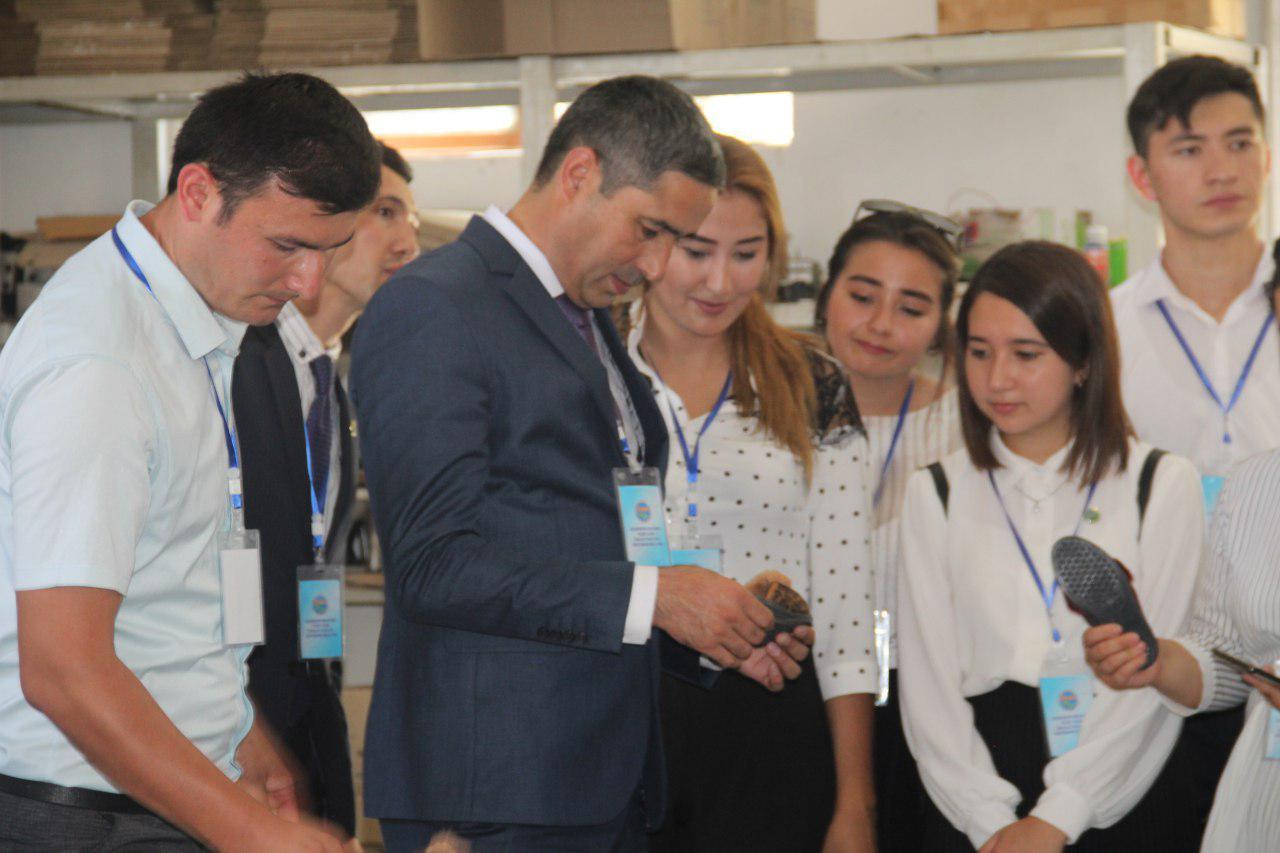 The event, organized by UzLiDeP Youth Wing, was attended by youth thinking in an advanced manner, striving for innovations, who keep up with the times. Guests were solemnly met in Buz district.

The importance of the work carried out on the basis of five important initiatives forwarded by the President was discussed during the conversation of youth, recognized as the future of the party.

«It is gratifying that there are many courageous, initiative youth in the party ranks”, said Gayratjon Turgunov, head of department for working with youth of the executive committee of the political council of the party. - In their eyes, we saw a spark of desire for modern knowledge. We are sure that tomorrow the torch of realization and promotion of party projects will ignite from this spark. We need such an active, insightful youth. We consider the suggestions made by them, the questions asked during the discussions, as a result of aspiration, pure thoughts».

The forum participants began their business excursion by becoming familiar with activities of Sabo Tex private enterprise in Buz district.

«Conditions created at the enterprise are worthy of attention, – said Bobur Koraboyev, leader of PPO of Namangan region's Children's Hospital. – The    company began to operate in 2018, but has already achieved great success. 80 percent of workers are young people».

Yarn produced at the enterprise is in demand not only in the domestic market, but also abroad. Close cooperation has been established with companies “Riter” of China, “Tensan” of Turkey. Up to 300 tons of high-quality yarn are produced per month at the enterprise. As the head of the enterprise Akmaljon Rakhmonov notes, good rest positively affects labor efficiency. Therefore, separate rest rooms, gyms, and a library have been created for workers. Three meals a day are organized. Forum participants were impressed by another aspect. Everyone knows how useful cycling is. There is a special place for a bicycle path for employees of the enterprise on the sports field.

Following the business trip, a group of young people who joined the party were handed membership cards and souvenirs.

The forum participants were inspired by a ceremony organized at the next facility – Halimbek-Jurabek Grant LLC of Shakhrikhan district. The music program continued with an exhibition of handicrafts.

«We know Shakhrikhan is the land of knives' craftsmen, – said Javokhirbek Shamsuddinov, Head of the Youth Wing of Fergana regional kengash of UzLiDeP. – The knives of the master Sokhibjon Nematov attracted attention by displaying national traditions. In conversation, the master said that he makes more than 50 types of knives. Moreover, a pleasant fact is the fact that he, on the basis of the “master-student” school, provides work for children from low-income families».

Khojarkhon Kodirova makes snow-white skullcaps. She taught this craft to her 12-year-old Khavasoy Tursunboyeva. A girl from the age of 6 shows love for this work. In 2015, at the republican stage of Yosh Ijodkor competition, she took the 1st place. In 2016, at Barkamol Avlod youth festival and the festival of artisans held in Khiva, she was also among the winners.

«It is good that part of the forum is held in our limited liability company, – said clerk Khojiakbar Khalimov. According to questions and opinions of our peers, it was easy to realize their strong desire for entrepreneurship. As far as possible, we tried to give them advice. The main thing is that, using our experience as an example, we explained that just showing interest in the case is not enough, hard work and action are needed to achieve the goal.

Halimbek-Jurabek Grant LLC was established eight years ago. Over the past period, activities of the enterprise expanded. Currently, 25 permanent jobs have been created here. The bulk of the work is youth. The 50 types of shoes produced are exported to Kyrgyzstan and Kazakhstan. It is easy to calculate the annual income of the enterprise, given that for one month in the domestic market, products worth 1 billion soums are sold.

An open dialogue took place between officials of the executive committee of the political council UzLiDeP, workers of the regional party council with members of the Future Deputies group and young people who want to engage in entrepreneurial activity. Chairman of the regional party kengash Tokhirjon Tolipov and others spoke about the purpose of the forum, the state’s concern for youth, party projects aimed at supporting the younger generation.

Following the dialogue, young people who took an active part in the forum organized as part of the “Star up invest” project were presented with gratitude certificate and valuable gifts from the executive committee of the party’s political council.