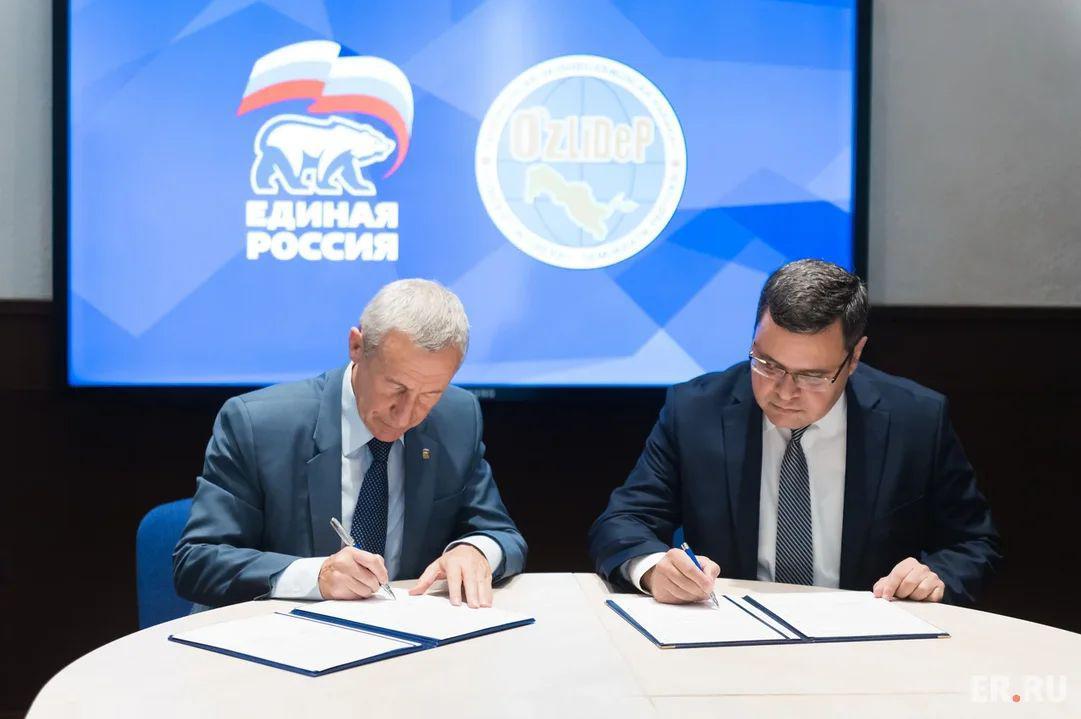 As previously reported, delegation of the Movement of Entrepreneurs and Businessmen – the Liberal Democratic Party of Uzbekistan are visiting Moscow at the invitation of the leadership of the United Russia political party.

Within the framework of UzLiDeP representatives’ visit, views were exchanged with leaders and responsible employees on a number of key areas of United Russia party’s activities.

After inter-party consultations on a number of promising areas of mutually beneficial partnership, as well as other issues of mutual interest, the Agreement on Interaction and Cooperation was signed between UzLiDeP and United Russia. This document is based on the principles of mutual respect, non-interference in each other’s internal affairs, reliable and mutually beneficial partnership, guided by the course of equal and trusting partnership between the Republic of Uzbekistan and the Russian Federation.

Activities on conduction of joint consultations, exchange of experience in the field of party building, organizing meetings of experts and others will be intensified within the framework of the Agreement. Particular attention is expected to be paid to a significant expansion of inter-party relations and contacts at the regional level, including between representatives of the business community, holding relevant workshops, conferences and roundtable discussions under the auspices of the parties, demonstrating the local investment and business climate. The parties intend to promote the development of mutually beneficial interaction and cooperation between youth and women’s party organizations in order to strengthen friendship and educate young people in the spirit of patriotism and hard work.

The Agreement was signed on the Uzbek side by the Deputy Chairman of the Executive Committee of the Political Council of UzLiDeP B.S. Yakubov, and on the Russian side by the Deputy Secretary General of the United Russia Party A. Klimov.

The document is a practical embodiment of the intention of both parties to contribute to the expansion and deepening of interaction and cooperation between Uzbekistan and Russia, considering the inter-party relations as their important component.