Jizzakh hosted a campaign under the motto “Towards new frontiers with UzLiDeP!” 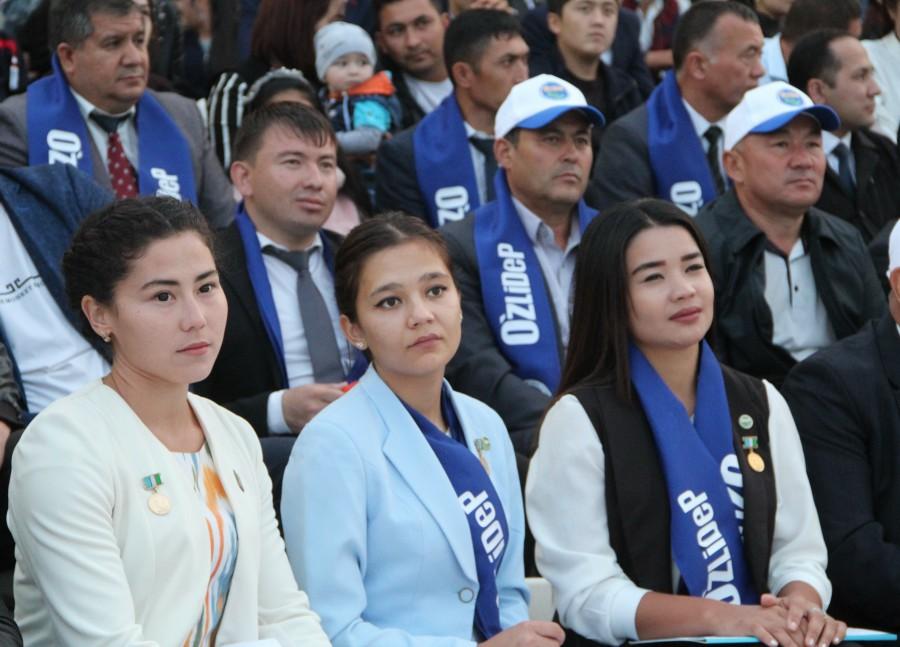 UzLiDeP with new views and new ideas takes an active part in the pre-election process. Pre-election campaign is held to bring the program goals and objectives, priority directions of UzLiDeP on the issues of the electorate of the party — entrepreneurs, farmers, owners, as well as women and youth to the population through outreach and advanced political technologies.

The party organized a show concert in the majestic Amphitheater complex in Urda park of the city of Jizzakh under the motto “Towards new frontiers with UzLiDeP!”.

The event was attended by the Chairman of the Executive Committee of UzLiDeP political council Aktam Khaitov, Chairman of Jizzakh regional council of UzLiDeP Erkin Kholmatov, deputies, party activists, famous representatives of art, literature, sports, culture of the region, entrepreneurs and farmers, youth. Performances of artists from the capital gave a good mood to the participants of the event.

During the conversations, it was noted that this year’s elections will be held in a new atmosphere, in new legal conditions, and the Liberal Democratic Party of Uzbekistan is seriously preparing for this political process. The participants were provided with information about the main ideas and tasks outlined in the new Party pre-election program. 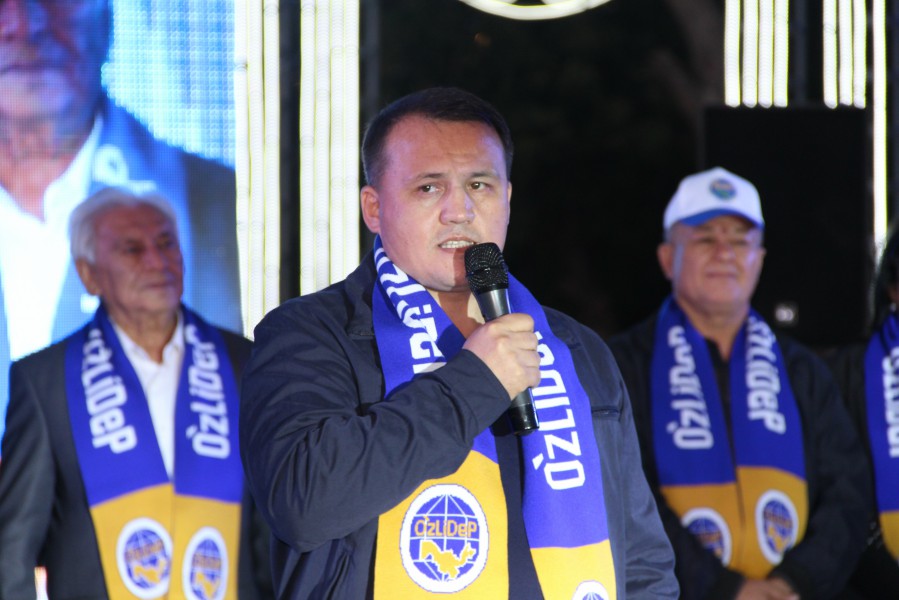 Entrepreneurs, farmers, and athletes participating in the event unanimously recognized: UzLiDeP is a party of practical affairs.

– At present, representatives of more than 14,000 farms and dehkan farms of the region with new ideas and views are taking part in the pre-election process, more than 40 farmer deputies elected from UzLiDeP are effectively working in  local Kengashes of the region, – said the participant of the event, Chairman of the farm “Quyoshsevar Parda”, Hero of Uzbekistan Parda Ziyotov. – One of the main tasks of UzLiDeP is development of farming movement, the transformation of all farms into multidisciplinary farms for processing agricultural products, the creation of a system of agricultural clusters engaged in cultivation and phased processing of agricultural products. We, a class of thousands of farmers in the region, support the ideas of UzLiDeP and in the upcoming elections we will actively participate in supporting candidates nominated by the party.

The event was attended by university students, students of professional colleges and academic lyceums, unorganized youth, as well as hundreds of young people who support the party and started entrepreneurship. 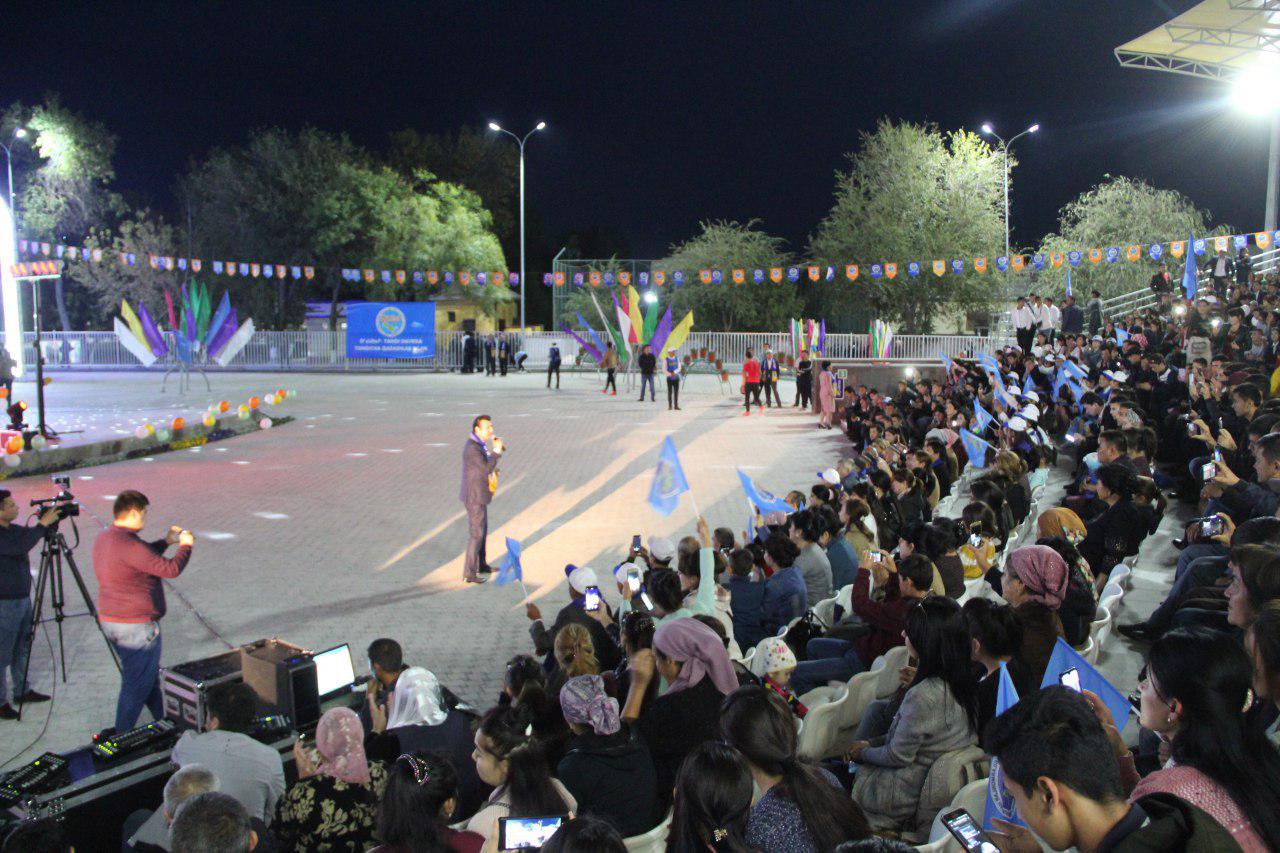 – The Liberal Democratic Party of Uzbekistan played a big role in my fate. One of the program tasks of UzLiDeP is comprehensive support of young people, who are the majority in the country and attracting young people to sports, – said Sabina Umarova, winner of Zulfiya State Prize, student of Jizzakh State Pedagogical Institute. – My peers and I will take part in the campaigning of the party and fully support the ideas of UzLiDeP.

– This year I joined the party. Because the party supported me from the first days of my activity. At first, 25 girls worked at our enterprise, now the number of workers has reached 83, – says another participant of the event, Head of «Bunyod dur tex» LLC of Pakhtakor district, winner of Ishbilarmon Ayol Republican contest, Farida Rakhmonova. – Our company is engaged in manufacturing clothes for children and adults. Agreements were signed on the supply of goods to Russia in the amount of 15 million USD, to Kazakhstan — in the amount of 300 thousand USD. We, women entrepreneurs, will take part in supporting and promoting candidates from UzLiDeP.

At the event, pop artists performed songs about Motherland.