Our goals are noble, intentions are great, desire is a comfortable life 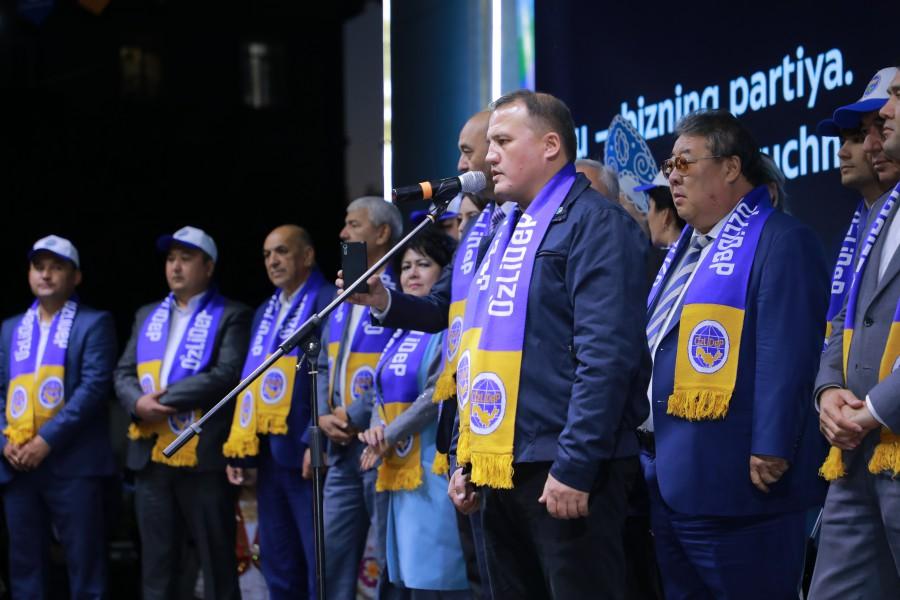 Chirchik city, in our view, is a city with industrial enterprises well-known in the country for the production of a wide variety of products, generous, noble people, engaged in creative work with a multinational population. In recent years, the city is actively developing. New buildings, factories, cultural institutions are being erected. But, most importantly, there are many people who think in a new way, actively participate in the socio-political process, connecting their destiny with the fate of people. It should be noted that two and a half thousand members of our party live in the city, annually on average 500-600 people associate their activities with UzLiDeP.

In this comfortable city, Tashkent Regional Kengash of UzLiDeP organized another campaign.

In the morning, UzLiDeP Youth Cup championship was held at Uzbek State University of Physical Culture and Sports. Students of this education institution competed in such sports as volleyball, basketball, table tennis, futsal. 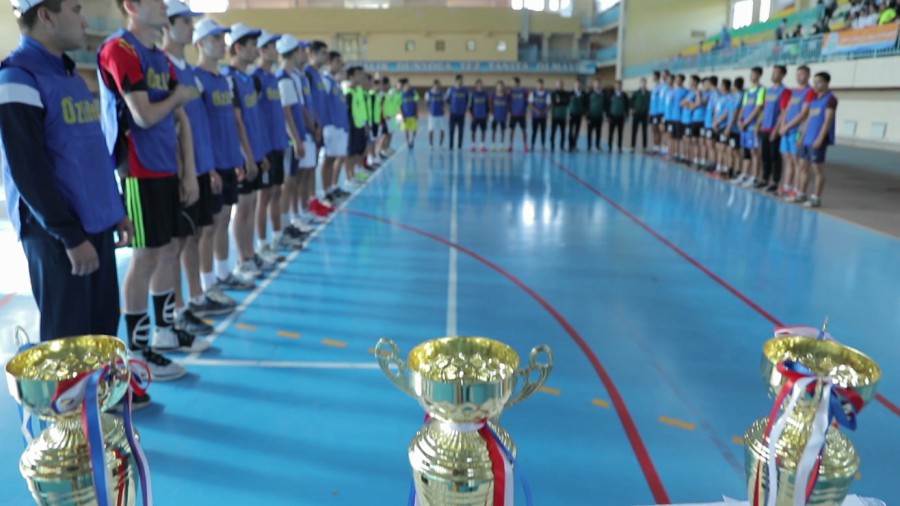 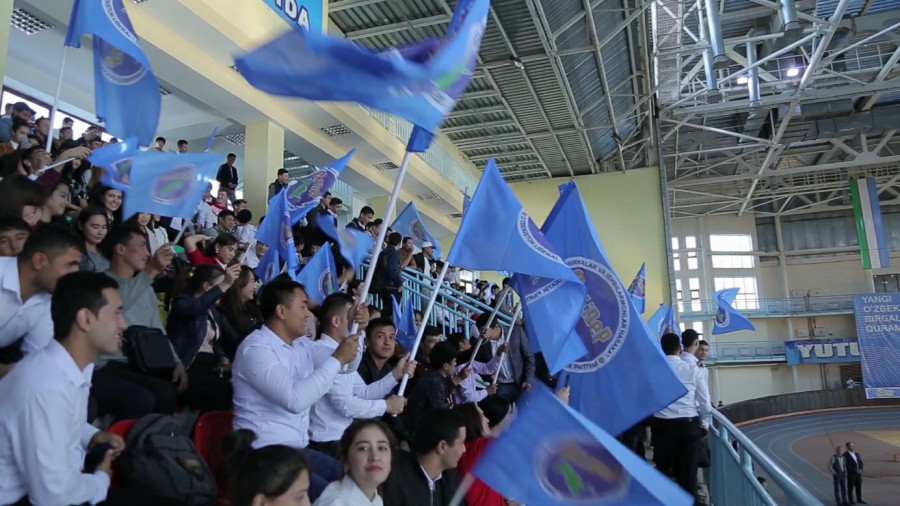 In the afternoon, the main part of the event was held in Kimyogarlar Palace of Culture. Its participants were not only our supporters and like-minded people, but also representatives of various fields, the elderly, adolescents, parents with children, and youth. Everywhere there were calls for elections, banners with party mottos, flags with UzLiDeP logo. People had a festive, exalted mood.

Chairman of the Executive Committee of the political council of UzLiDeP, Aktam Khaitov, declared the event open and said that the election campaign is a responsible process for the party, a political force aimed at reflecting the interests of entrepreneurs and farmers, further liberalizing the economy, building a strong civil society, and achieving human freedom. 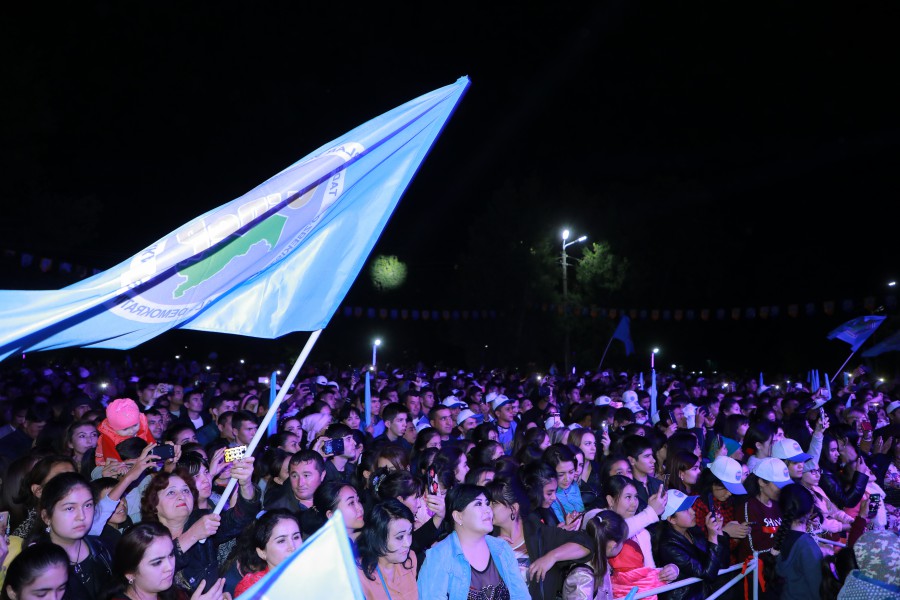 “Our party is a political force that in its history won three times in parliamentary elections, as well as presidential elections”, said the party leader. – UzLiDeP is the only party that over the past period had the right to nominate twice for the post of Prime Minister. In the future, we will continue to work in accordance with the status achieved and implement the tasks. Together with supporters and party members, we will create an opportunity for the further development of entrepreneurship, farming and improving the business environment. And through such work, all our forces will be directed to increasing incomes and living standards of citizens. 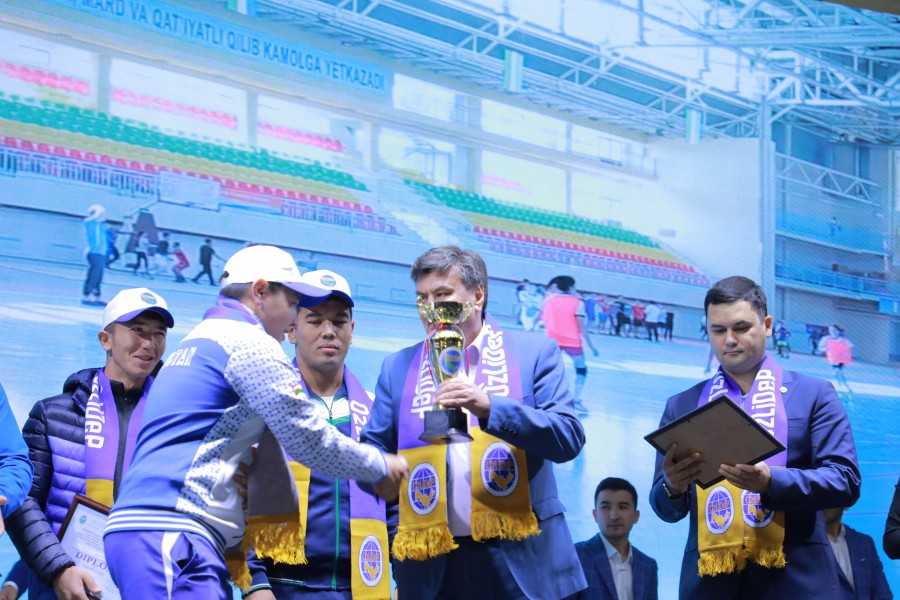 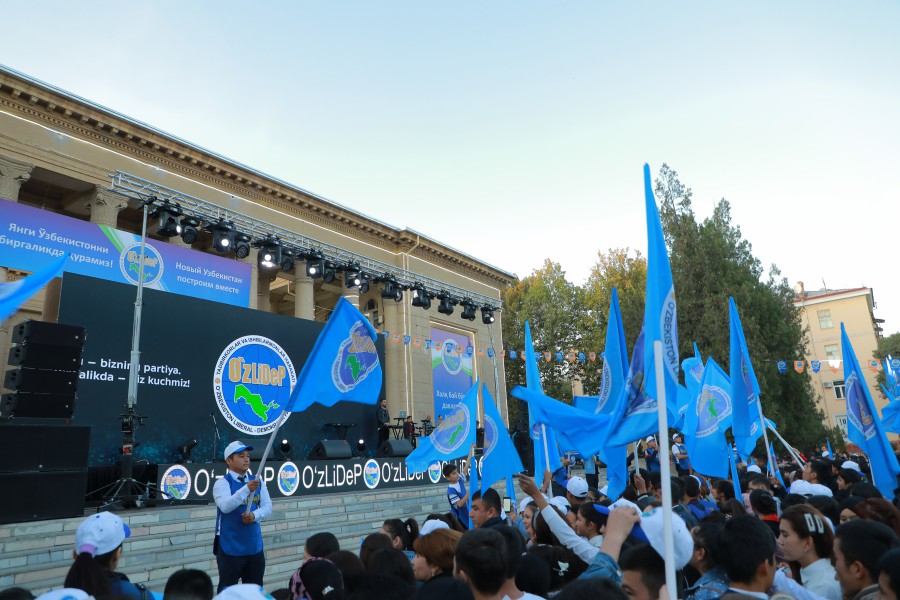 Indeed, many countries of the world have achieved development by creating opportunities for private business. It cannot be otherwise. In our country, under the leadership of the President, much attention is paid to this particular area. Tasks have been outlined to create attractive conditions for entrepreneurs and investors, and they are being successfully implemented. Because entrepreneurship is the key to prosperity. And the Liberal Democratic Party of Uzbekistan is responsible for this task. Today, each of our compatriots has the opportunity to become an entrepreneur. The party is always ready to assist in implementation of initiatives and ideas in this direction. All this was informed by the representative of the party faction in Parliament, Rasul Kusherbayev. 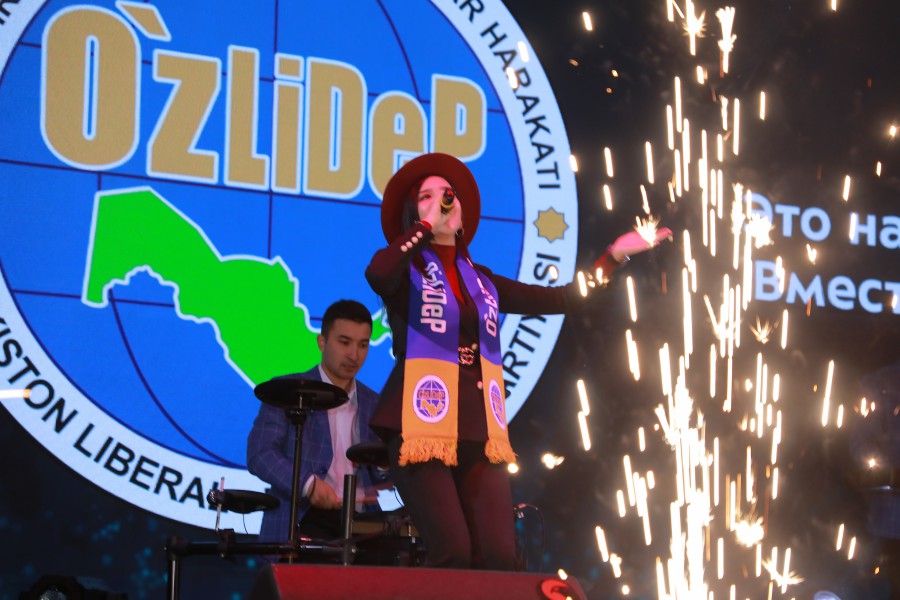 The participants of the event were presented an art program prepared together with Uzbek, Tajik, Kazakh, Korean, Russian national cultural centers. 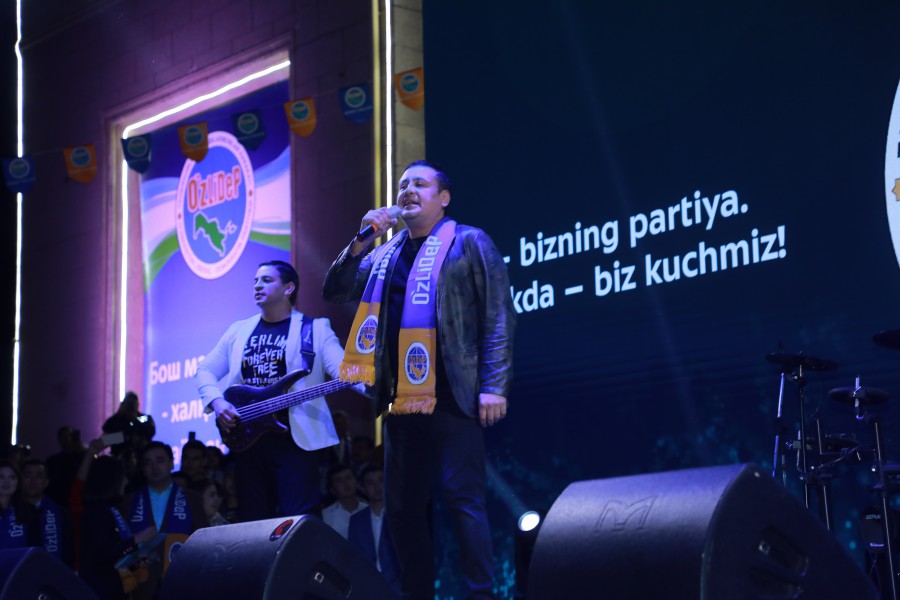 The participants of the event said that they had not had a complete idea of our party before.

“The event was interesting and informative”, said Tojiboy Shonigmetov, a teacher of the 32nd school of Bostanlyk district. – Such events call for good deeds. Frankly speaking, I knew little about this party. Listening to speeches at the event, talking with activists, I got the impression of the party. Indeed, success in any field can only be achieved by developing entrepreneurship. Everyone knows the situation of states that do not allow the development of private property and do not accept initiatives in this direction. And so, decided: in the elections, support for candidates nominated by this party. 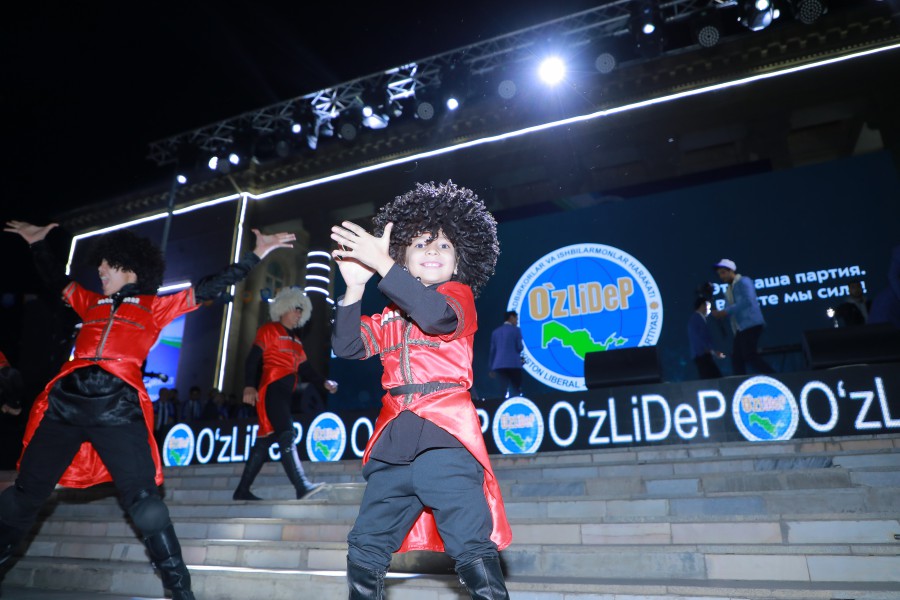 Dilshod Shoumarov and Elbek Shukurov, deputy chairmen of the Executive Committee of the party’s political council, congratulated the winners of UzLiDeP Youth Cup championship and presented them with valuable gifts.

“UzLiDeP is a party of strong people, a party of champions. This political force will definitely take all the milestones”, said the winner of futsal competitions Khudoyor Zikriyayev. – Chirchik people! Go along with UzLiDeP!

Many young people decided to join the party at the event. 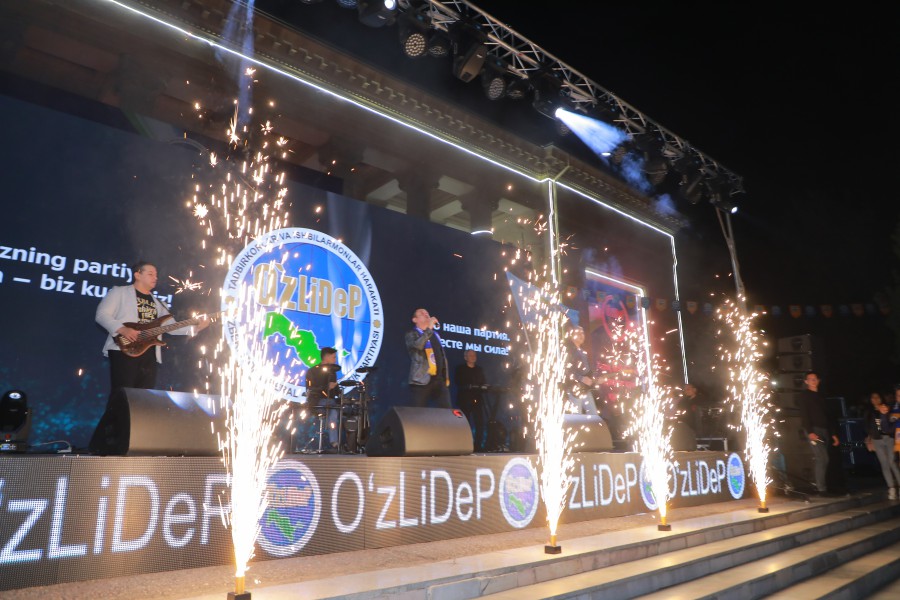