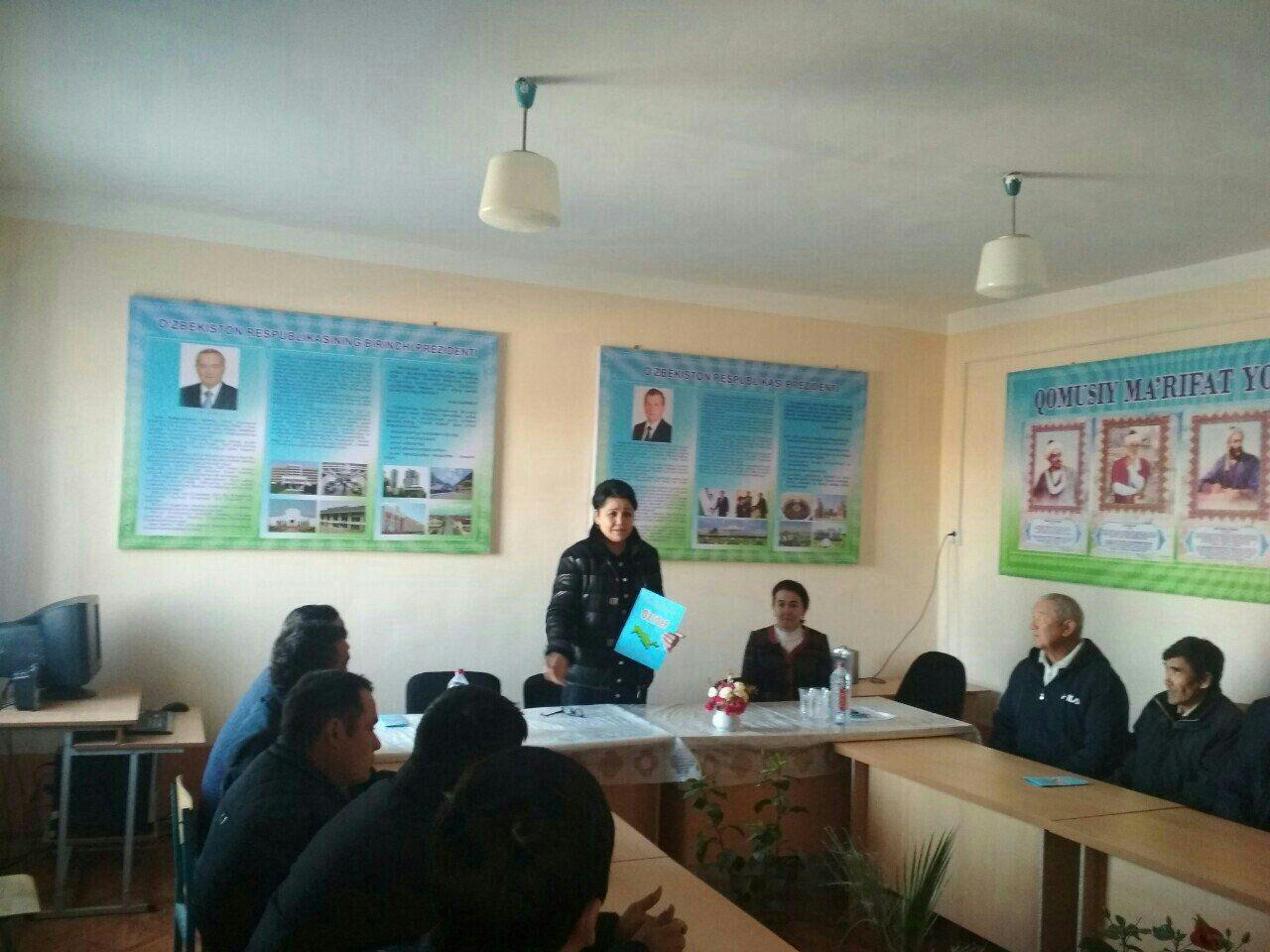 The candidate for deputy to the Legislative Chamber of the Oliy Majlis from the Movement of Entrepreneurs and Businesspeople — the Liberal Democratic Party of Uzbekistan D. Sharapova met with voters.

At the meeting held in Akshakul village citizens' assembly of Ellikkala district, the candidate for deputy presented information on the tasks outlined in her pre-election program.

«Currently, 6,133 citizens of the district are unemployed. Of these, 2611 are women, 1993 are young people. Our main task is to provide them with work by attracting them to entrepreneurship. Because our party believes that there is no place for unemployment, especially youth unemployment», said D. Sharapova, the candidate for deputy to the Legislative Chamber of the Oliy Majlis.