OCA magazine is a quarterly magazine published in London since 2009 by the Eurasian Creative Guild (SRM Group), which links and emphasizes the relations between East and West. It promotes the culture, politics, events and communities of both regions, opens a discussion and exchange of ideas between them for development of both business cooperation, tourism and cultural ties.

The magazine is intended for anyone interested in this region and representatives of Central Eurasia living in Europe. The magazine covers an audience of both international and Eurasian businesspeople, offers interviews with important figures from the world of politics and culture. 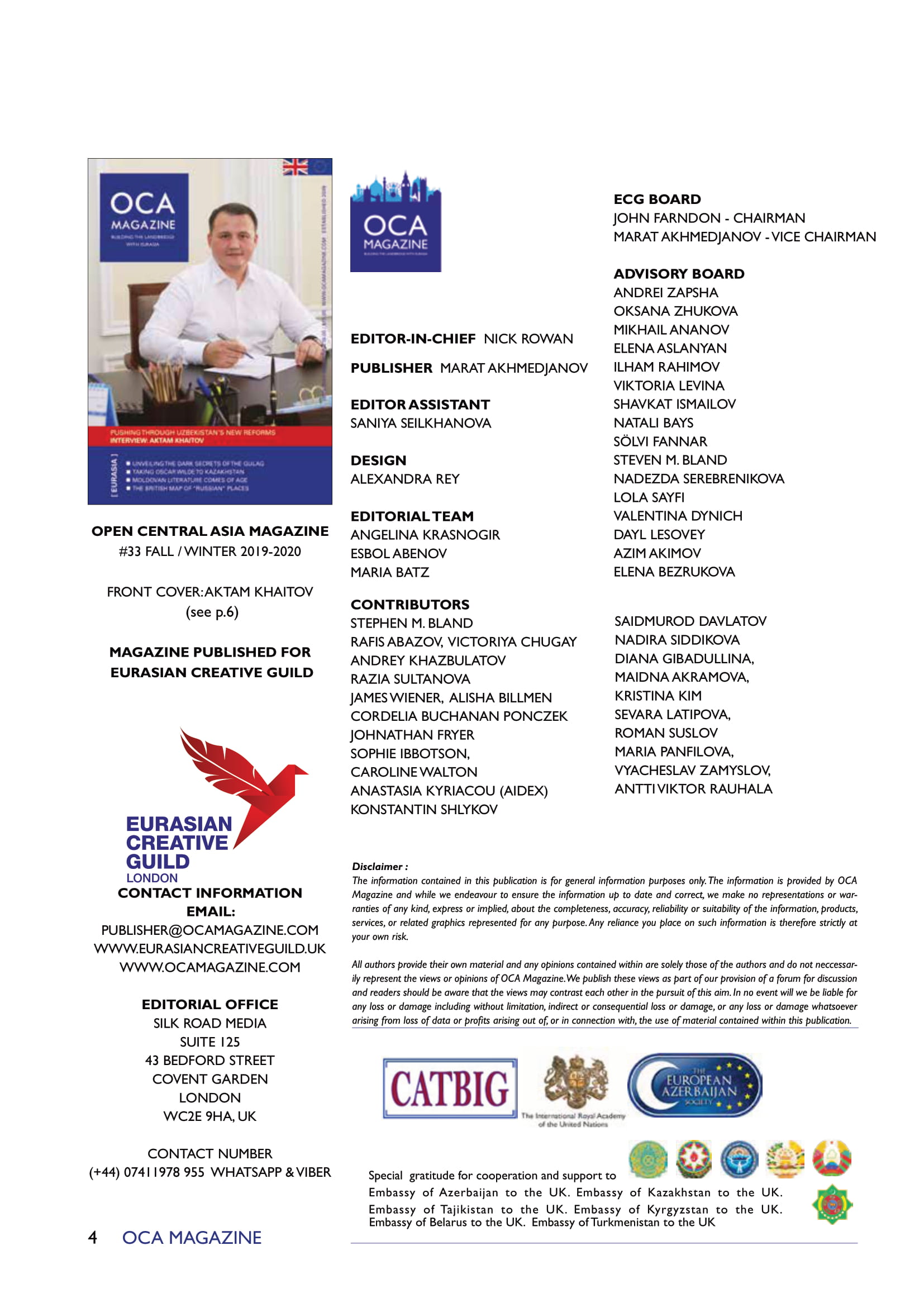 The printed version of the magazine is currently distributed in over 10 countries, among more than a thousand business companies and has more than 2 thousand paid international subscribers. General readability exceeds 50 thousand readers (including online). The magazine is also available at universities, embassies, airlines and other organizations associated with Central Eurasia, Central Asian countries, the United Kingdom and the United States. 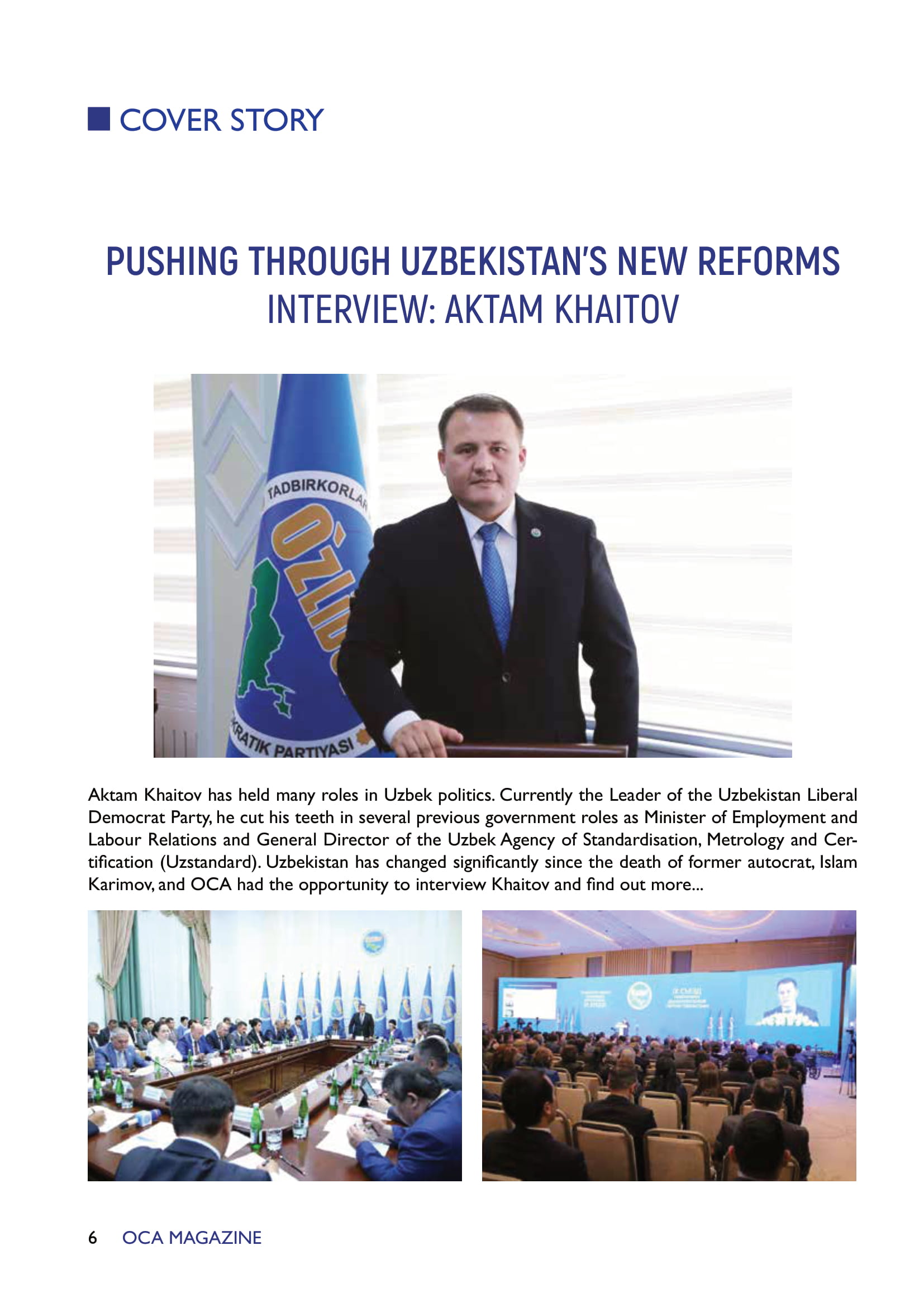 The latest issue of the magazine published a large and colorful material “Pushing through Uzbekistan’s new reforms. Interview: Aktam Khaitov. The interview reflected a whole range of answers to questions asked by the journalist. In particular, the development of a multi-party system in the country, the ideology of the Liberal Democratic Party of Uzbekistan at the present stage, members and structure of UzLiDeP, the course of democratic reforms and the role of the party in this process, the party’s priority tasks in various areas of society, and the party’s positions on foreign policy activity and others. 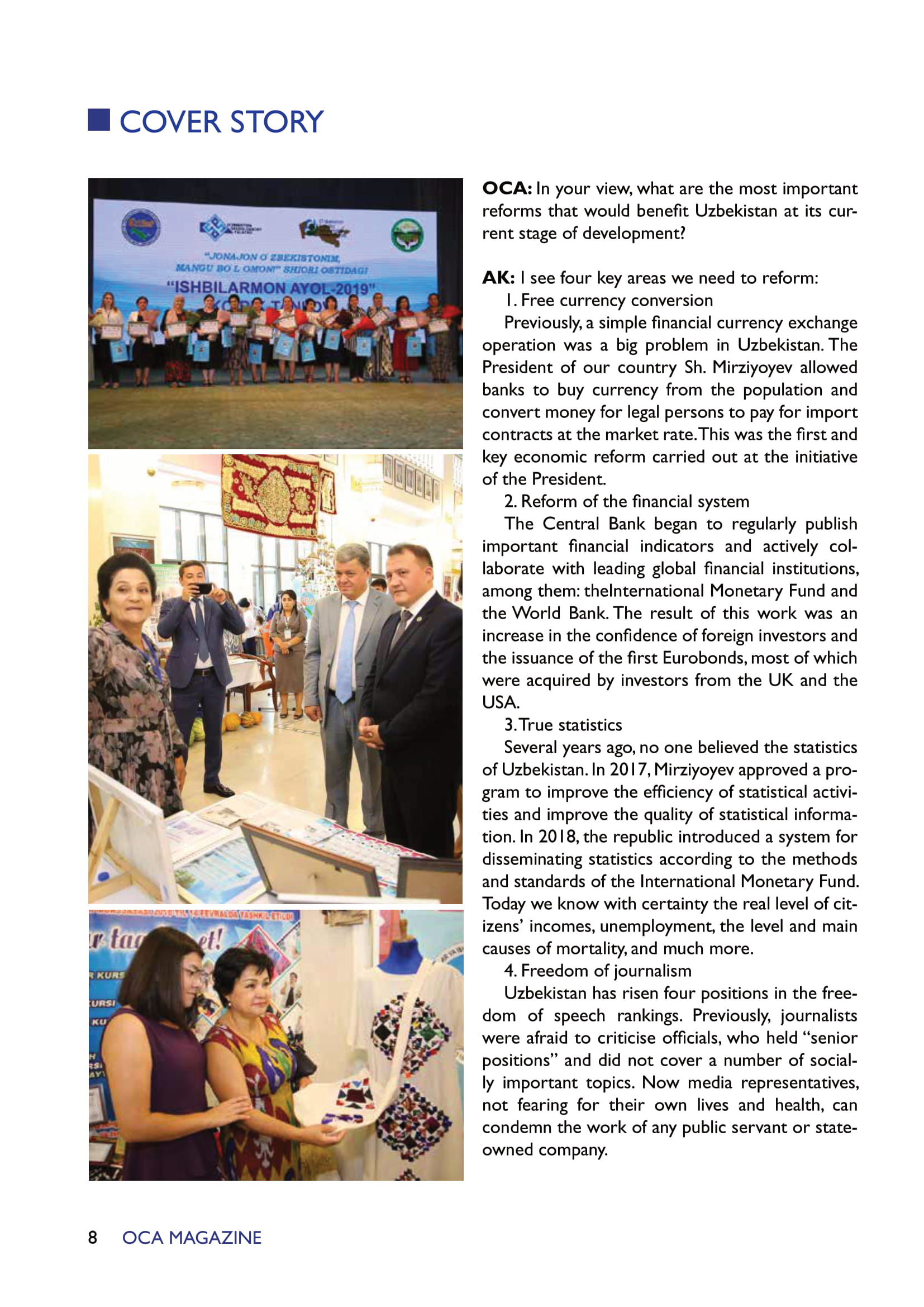 In general, we believe that the publication of this article in a magazine from the United Kingdom reflects the growing interest in Europe in the Central Asian region, primarily Uzbekistan, the course of comprehensive reforms led by the Head of the state, as well as the desire to analyze the role and place of various social institutions in the process of democratization of the country, for example, UzLiDeP as part of the political spectrum of forces. 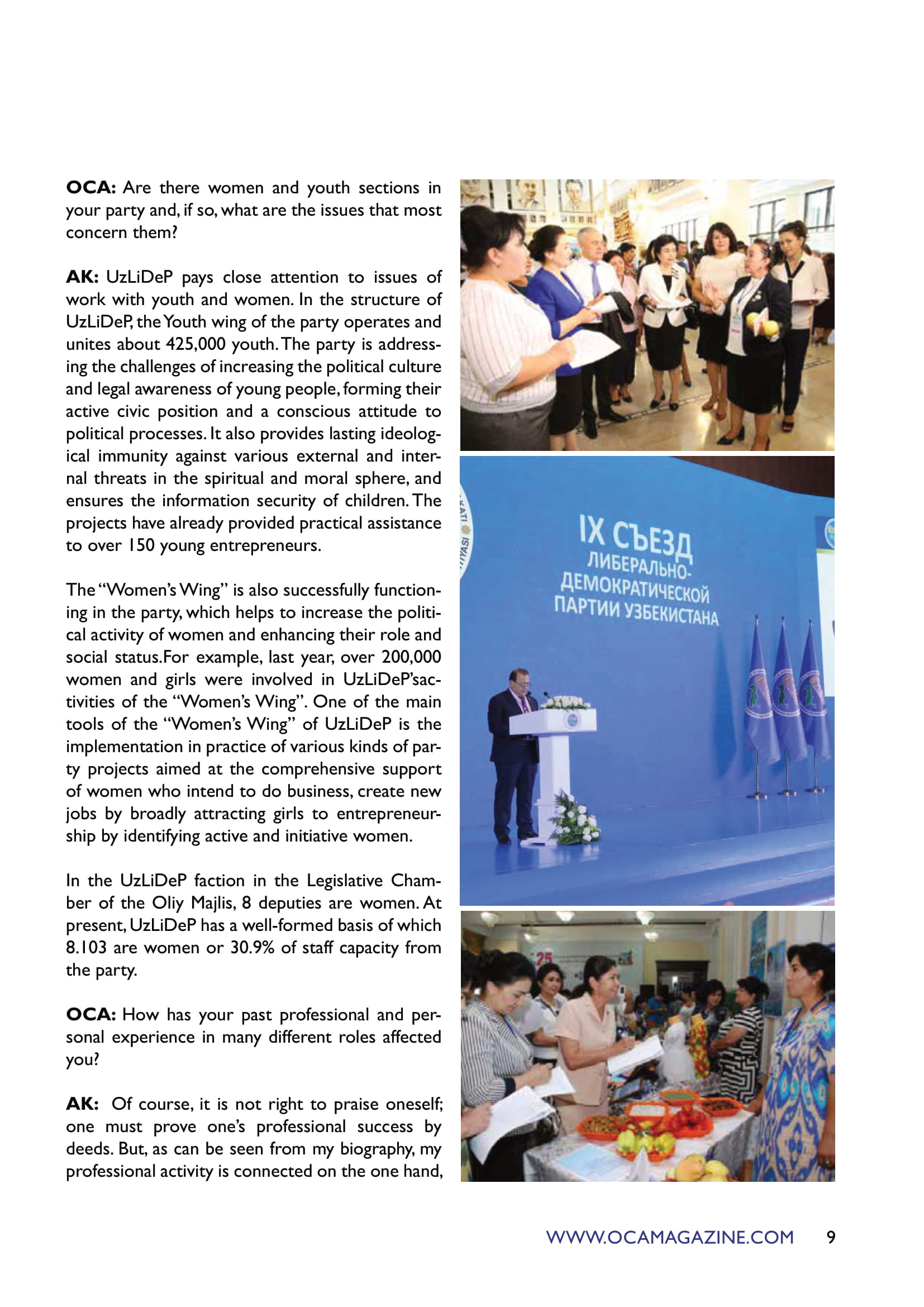 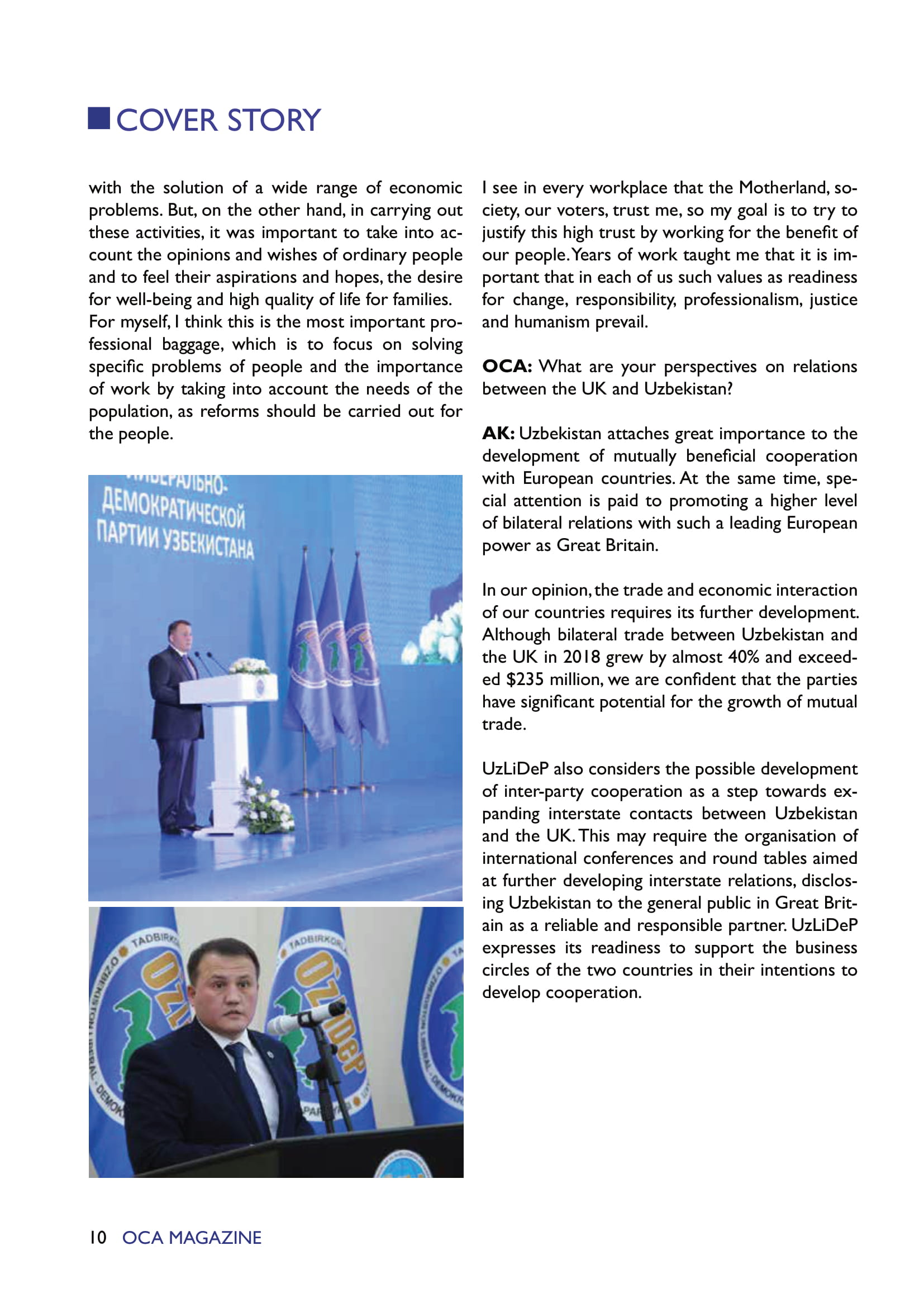