The State Program unites our people around a common goal 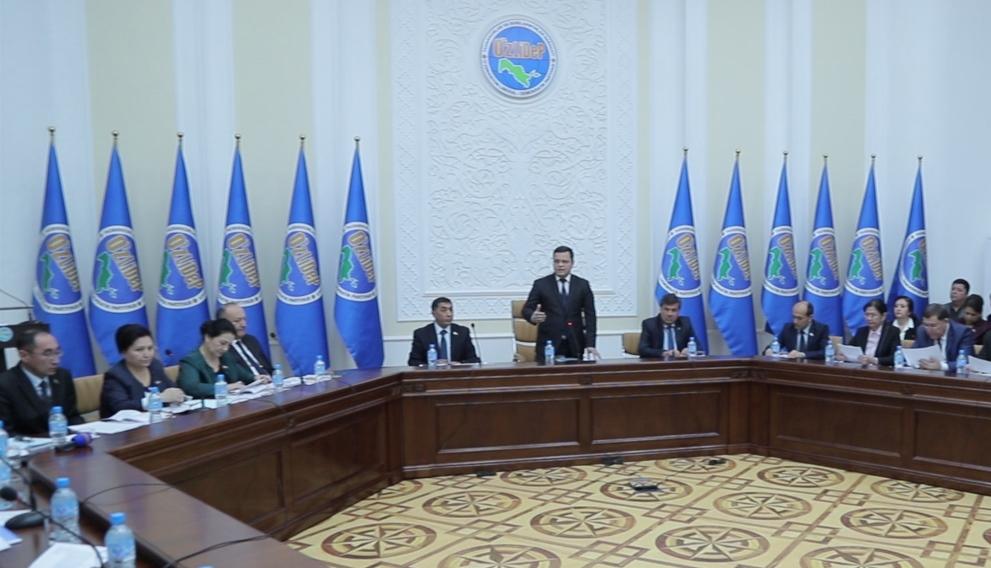 On January 22, 2018, the President of the Republic of Uzbekistan adopted one of the most important documents of the current year - the decree “On the State Program for implementation of the Action Strategy on five priority areas of development of the Republic of Uzbekistan in 2017-2021 in the “Year of supporting active entrepreneurship, innovative ideas and technologies”. This decree is a logical continuation of the new stage of our development, creates the basis for changes and updates in our socio-economic, cultural and educational life. Therefore, its execution requires great responsibility from all of us. This was also discussed at the joint meeting of the Executive Committee of the Political Council of UzLiDeP and its faction in the Legislative Chamber of Oliy Majlis.

At the meeting with the participation of party's employees, members of the UzLiDeP faction, members of the expert group of the party, entrepreneurs and farmers discussed the priority tasks of UzLiDeP in ensuring the execution of the decree of the President of the country. It should be noted that the draft State Program was widely discussed at all levels of UzLiDeP organizations. It is noteworthy that more than two thousand representatives of the population participated in the discussion and about one hundred proposals were put forward.

During the event, it was noted that the State Program was discussed among the people, including the UzLiDeP electorate and therefore its implementation is a priority task of UzLiDeP. In the document, the development of active entrepreneurship is one of the important directions, which, of course, places great responsibility on UzLiDeP, which carries out its activities on their behalf in the political arena of the country.

It was noted that the scale of the raised issues calls all our people to unite around the leader of our country to their widespread implementation. In this direction, the participants of the event decided to create propaganda groups to explain the essence of the issues envisaged in the State Program among the population. In turn, it was noted that the benefits granted to entrepreneurs during customs inspection, a two-year moratorium for inspection of financial and economic activities of business entities and other benefits will serve to further development and modernization of our country's economy.

The meeting heard concrete proposals on strengthening the role of the party faction in the discussion and adoption of draft laws in the parliament for the current year. In particular, the participants of the event were very interested in concrete plans to introduce the procedure for electronic collective appeal of citizens to the Oliy Majlis, regional, district and city councils of people's deputies, to increase competition in this sphere in order to provide housing for young families.

At the end of the meeting participants discussed the party's plan-program on execution of the State Program in the case of fundamental improvement of the quality of medicine on the basis of the principle of public-private partnership, increasing the number of pre-school educational institutions, supporting and developing youth entrepreneurship, increasing women's initiative, as well as improving the system of assistance to the development of entrepreneurial activities.