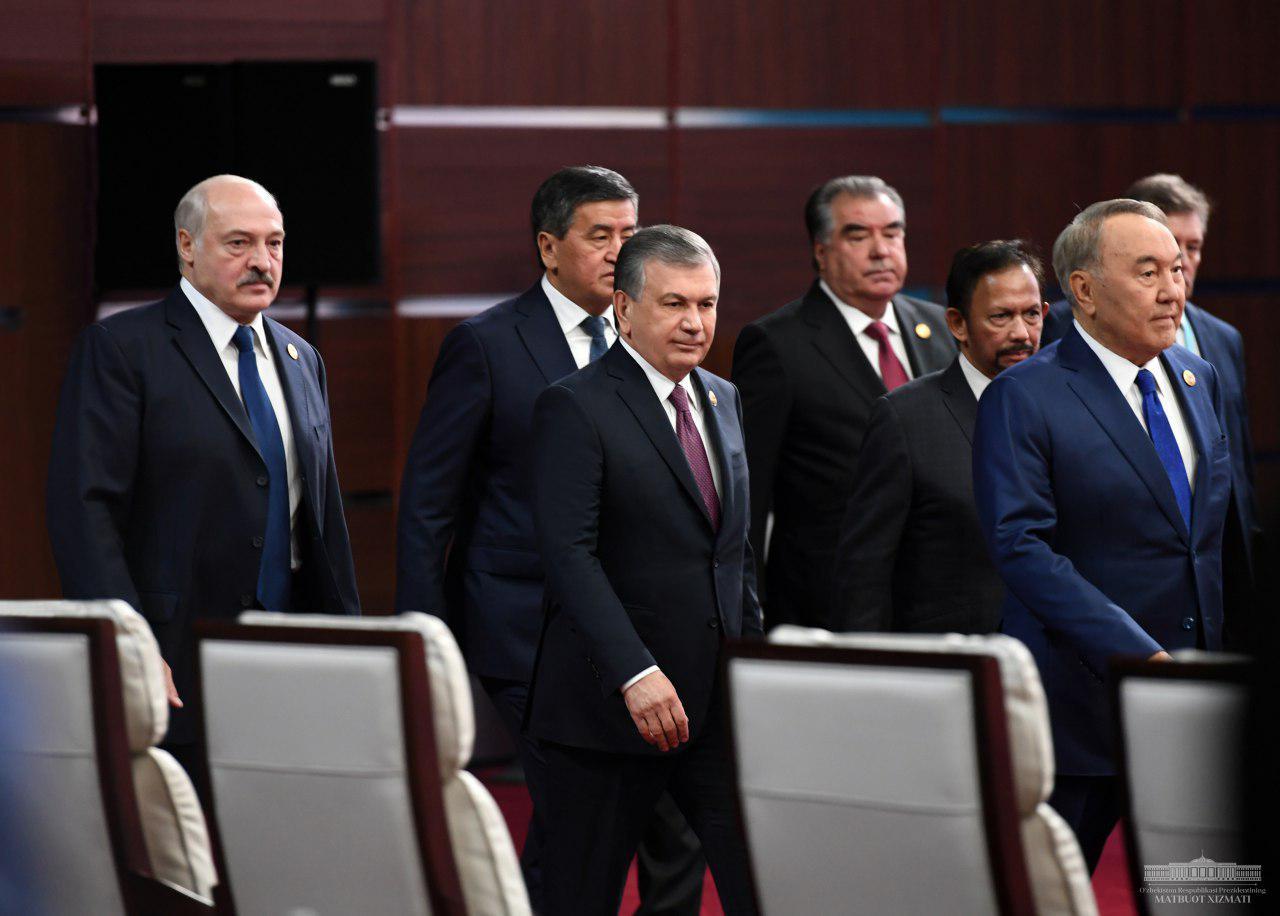 President of the Republic of Uzbekistan Shavkat Mirziyoyev has attended the event.

Opening the forum, President of the People’s Republic of China Xi Jinping expressed gratitude to the heads of all the participating delegations and to numerous representatives of expert and analytical circles.

The Chinese leader said the Belt and Road project, implemented jointly with international and regional institutions such as the UN, SCO, the European Union, the Eurasian Economic Union, corresponds to the development strategies of various countries and therefore opens up a broad opportunities for economic progress of the world in general.

There was a talk also on the projects to be implemented to boost international trade and investment relations, to stimulate the creation of new transport and logistics corridors. It was noted that the number of nations participating in the project has been growing; this indicates a mounting aspiration for sustainable development in the world.

It is worth reminding that the international forum “One Belt, One Road” was first held in 2017. The initiative voiced by China is designed to buttress mechanisms of interstate cooperation through the advancement of land and sea routes. The scheme currently covers 65 countries across Asia, Europe and Africa. In the future, given potential accession of other countries, it will turn into a global economic platform.

The current forum participants will focus on the enhancement of economic cooperation, enlargement of interaction in finding new sources for long-term growth, promotion of green economy and innovation, and the realization of priority infrastructure projects.

The forum will last two days. Uzbekistan’s President is set to deliver a speech.