School education development should turn into a nationwide movement 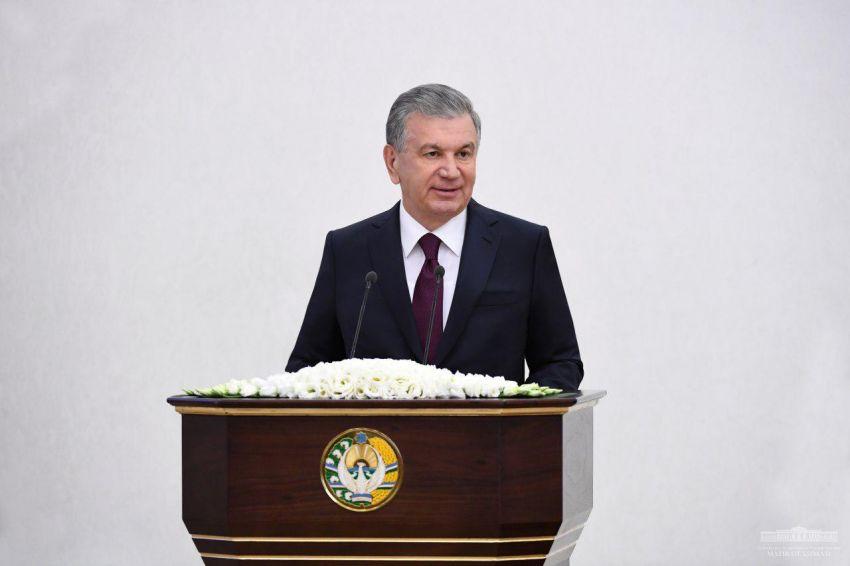 President of the Republic of Uzbekistan Shavkat Mirziyoyev chaired a videoconference meeting on August 23 to discuss the development of the public education system, advanced training of teachers and state of their clout in society, as well as the spiritual and moral education of the young generation.

From the first days of his activity as President, Shavkat Mirziyoyev has paid particular attention to the issues of training modern creative-minded specialists, fostering the young people as patriotic and highly ethical personalities, as well as improving the education system to achieve these goals.

Speaking about the measures taken in our country to reform the school system and the urgent tasks in this area, the President cited the outstanding enlightener Mahmudkhuja Behbudi: “School is the greatest shrine in the world,” and dwelt on the essence and significance of the issue under discussion.

Indeed, the historical experience of developed nations shows that reforms aimed at changing the society’s life began primarily with modernization of the education system. For, without changing schools it is impossible to change a person, a society. And the school is the foundation of education and upbringing, and teachers constitute its cornerstone.

In the difficult years of the transition period, as it is known, the spiritual and educational environment in schools turned out to be vulnerable, the authority and prestige of the teaching profession declined, attention to the training of teachers of a new formation, the development of pedagogical science, and the introduction of innovative learning technologies decreased, which led to a number of serious problems.

In recent years, large-scale reforms have been carried out to effectively address these shortcomings and to radically improve the training system. In particular, in accordance with the public education system, 6 decrees and resolutions of the President, 21 resolutions of the Cabinet of Ministers were adopted, and the legal framework for transformation in the sphere was strengthened.

Based on the wishes of parents and the general public, the 11-year school system was restored. Over the past three years, 157 new general schools have been built.

Schools of a new type were organized, including those for gifted children, and those named after the great scientists Mirzo Ulugbek and Muhammad al-Khorezmi, along with literary-creative schools named after Hamid Alimjan and Zulfiya, Erkin Vahidov, Abdulla Aripov, Ibraim Yusupov, Iskhokkhon Ibrat, Muhammad Yusuf, Halima Khudoyberdiyeva, as well as Temurbeklar Maktabi schools, Presidential and private schools, which remarkably enhanced access to education.

Given the importance of men’s role in the education system, their participation in the effective pedagogical activities, 12 thousand 871 male teachers returned to schools as a result of specific encouragement packages taken.

Extensive work is also underway to stimulate the work of teachers. Over the past three years, their salaries have been increased by an average of 2.5 times. Clear criteria for motivating the work of teachers working in remote areas are defined; they are paid allowances of up to 50 percent. This facilitated the attraction of more than a thousand teachers to remote areas where there was a shortage of such specialists. Teachers who continue to work at retirement age are paid the full pension.

“In our teachers, dedicated school principals, and veterans of the sphere we see the country’s support and hope,” the President said. “We will not continue to spare resources and opportunities for the development of the school system. The fate of the future generation, the fate of our entire nation, people, state depend on our esteemed teachers.”

The head of our state noted the fact that in the education system, despite positive changes, systemic problems persist, the material and technical base of schools, the level of knowledge and qualifications of educators do not meet the requirements of the time.

The necessity of creating a modern and reasonable system in the field, updating teaching methods and learning standards, textbooks and manuals, the importance of using international best practices in teaching, and in the process of upbringing, reliance on national traditions and values.

The President emphasized the urgent magnitude of forming a national idea based on the principle “From national revival to national prosperity”, devising its deeply thought-out ideological foundations, as well as educating the young generation in the spirit of national pride and patriotism from childhood.

Attention was focused on the need for the participation of parents and the general public to correct deficiencies in schools and monitor the quality of education.

“School is a matter of life and death, our future. The state, government and hokims cannot resolve this issue alone. This should be the cause and duty for the whole society,” Shavkat Mirziyoyev insisted.

The Concept of Public Education Development System through to 2030 was approved by a decree of the President of the Republic of Uzbekistan, signed April 29 this year. It identifies specific mechanisms for achieving 48 targets.

For example, the goal was set for Uzbekistan to join the ranks of top 30 nations of the world by 2030 in the rating of the PISA student assessment program.

The head of state paid special attention to raising the status and authority of teachers, consolidating the guarantees of their rights and expanding benefits for them.

“Without material incentives for teachers, without improving the quality of their lives, there can be no talk of reforms, of any results,” the President pointed out.

The Cabinet of Ministers, the ministries of finance and public education were instructed to increase the wages of public education workers in 2020. In addition, as it was reported at the meeting, it is planned to provide teachers with housing and car loans to further stimulate their work in remote rural schools. Work in this direction will be sequentially continued. Teachers and mentors, in turn, must maintain the prestige of their profession, constantly bolstering their knowledge and professional level, actively participating in public affairs, with their diligent efforts and initiative.

There are Nizami Tashkent State Pedagogical University and 6 pedagogical institutes in the regions. There is the Republican Education Center, the Abdulla Avloni Institute for Retraining and Advanced Training of Leaders and Specialists of the Public Education System, and institutes for continuing education of teachers in the regions. However, unfortunately, their participation in improving the educational process, increasing the knowledge and level of teachers has been hardly noticeable.

In this regard, the meeting set the task of critically studying and perfecting the activities of pedagogical universities, turning them into prestigious educational institutions, and systematically nurturing young people who are striving to master pedagogical specialties.

It was reported that a separate division will be created under the Cabinet of Ministers to coordinate and ensure the effectiveness of the activities of the Presidential schools and creative schools.

The necessity was noted of organizing spiritual and educational work in schools in accordance with the new system, the introduction of a single subject “Ethical enlightenment” on the basis of combining such disciplines as “National Idea”, “Moral Principles”, “History of Religions”, “Sense of Patriotism”. The importance of naming the schools with the names of prominent scientists of our people, statesmen and politicians, well-known military commanders was emphasized.

Special attention was paid to issues of upbringing in the family, parental responsibility and their cooperation with teachers.

Recommendations were given on the creation of motion pictures and documentaries, performances and videos about school life, the work of dedicated teachers.

“We should harmoniously develop material and spiritual life. The main link in this chain is expected to be school. The development of public education should be a great national goal, a nationwide movement,” Shavkat Mirziyoyev suggested.

Sphere leaders and decision makers, experienced teachers, intellectuals and mahalla activists expressed their views and proposals on the issues discussed at the meeting.