Presidents of Uzbekistan and Azerbaijan meet in Baku 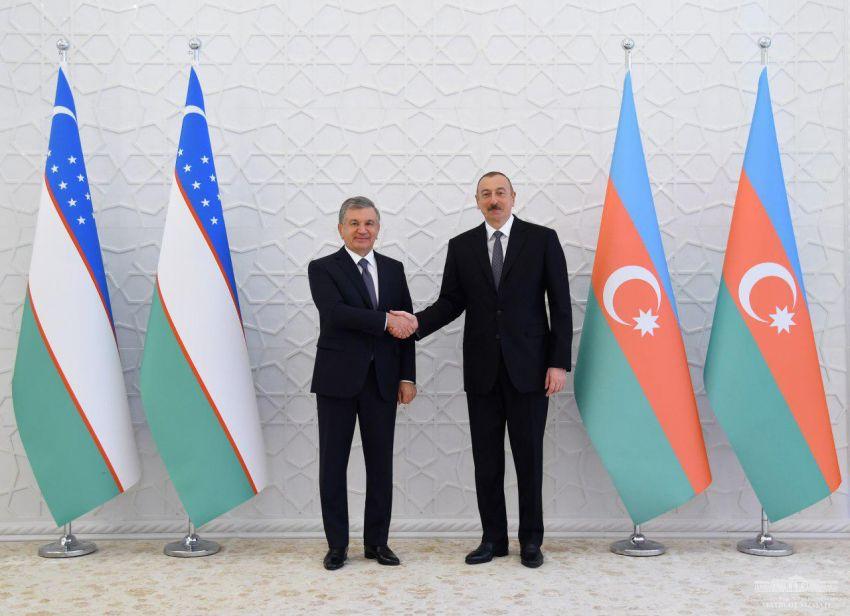 The leaders of the two countries examined in detail the pressing issues of enhancing the mutually advantageous cooperation and identified priority tasks for the future.

Particular attention was paid to establishing business contacts at the level of leading companies and entrepreneurs of Uzbekistan and Azerbaijan, as well as the development of cooperation ties in industry, agriculture, transport and other priority sectors.

The heads of state agreed on the need to intensify the activities of the joint intergovernmental commission and organize visits of delegations from the regions of the two countries.

Ilham Aliyev congratulated Shavkat Mirziyoyev on Uzbekistan’s accession to the Cooperation Council of Turkic-Speaking States, noting that this will undoubtedly afford a new impetus to the enhancement of bilateral relations and regional cooperation in the trade, economic, cultural and humanitarian spheres.

The head of our state emphasized the high level of organization of the summit and wished the Azerbaijani side a successful presidency in the organization.

At the end of the meeting, the leaders reaffirmed their commitment to furthering the Uzbek-Azerbaijani relations of centuries-old friendship and strategic partnership.