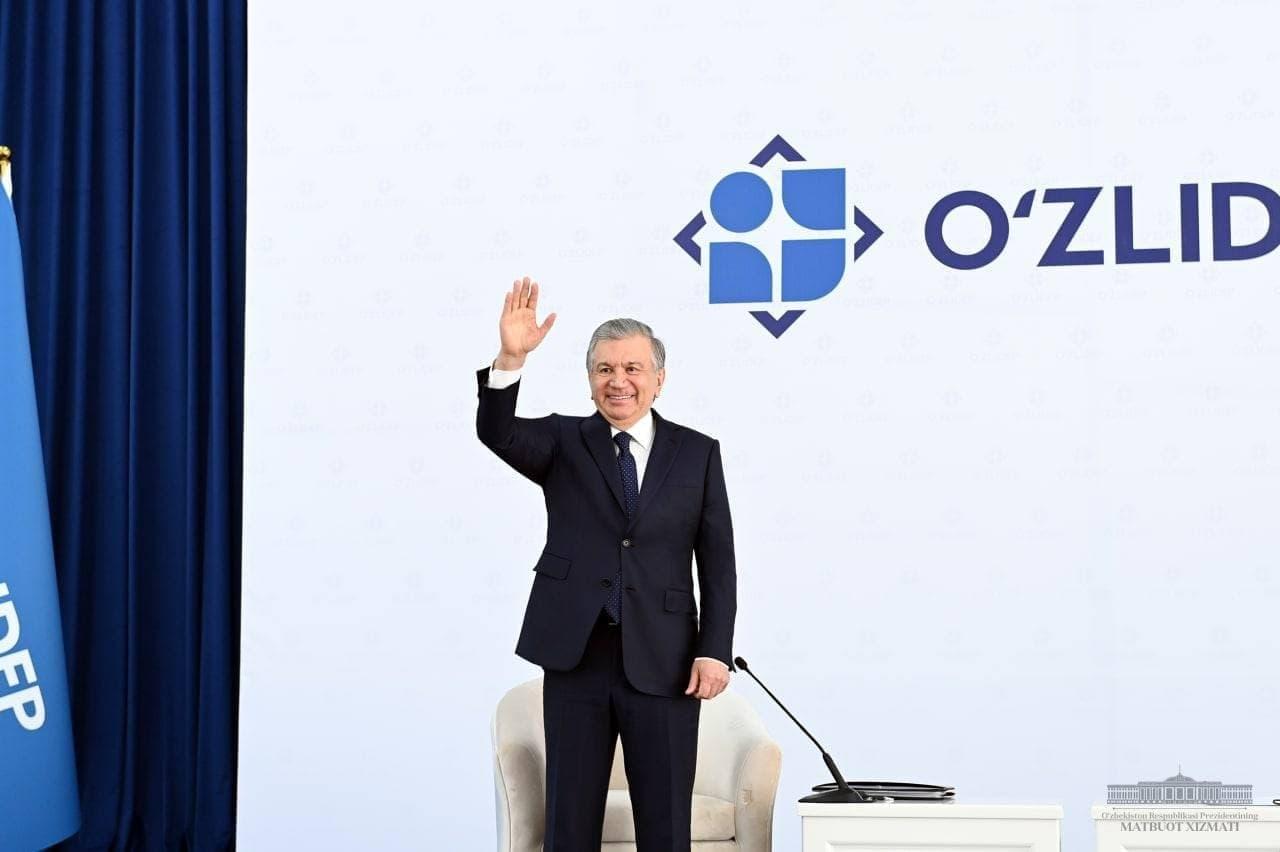 Candidate for the President of the Republic of Uzbekistan from the Movement of Entrepreneurs and Businesspeople – the Liberal Democratic Party of Uzbekistan Shavkat Mirziyoyev met with voters of Karakalpakstan in Bozatau district.

The authorized representative of the candidate in the Republic of Karakalpakstan A. Daniyarov opened the meeting.

Candidate for the President of the Republic of Uzbekistan Shavkat Mirziyoyev made a report on his Pre-Election Program.

“It is no coincidence that I start my pre-election meetings from Karakalpakstan. I said earlier, and with great pleasure, I repeat today: I consider myself the son of the Karakalpak people too”, Shavkat Mirziyoyev said.

The candidate’s program consists of ten priority areas covering all spheres. These are, in particular, building a new economy based on science and innovation, reducing poverty through active entrepreneurship and targeted financial support, increasing efficiency in agriculture, improving the quality of education, strengthening public health, balanced development of regions, the formation of people-oriented and humane public administration, ensuring justice and the rule of law, implementing an open and pragmatic foreign policy, developing cultural and spiritual spheres.

The changes that have occurred in Karakalpakstan over the past five years were noted. In particular, 2,500 investment projects worth more than $2 billion were implemented in industry, services and agriculture. The number of small businesses has doubled and amounted to almost 21 thousand. During this period, 83 thousand new permanent jobs were created.

Shavkat Mirziyoyev also outlined his program for the development of the region in the next five years. In particular, plans were voiced to develop the economy, create a favorable infrastructure for entrepreneurship, provide water to the population and agriculture, and improve the environmental situation.

“We have carefully thought over and analyzed each issue of our Pre-Election Program and identified specific measures for its implementation. The goal of today’s meeting is to enrich this program based on your proposals, after consulting with such experienced leaders, respected aksakals of Karakalpakstan who know the life of ordinary people”, the President said.

Representatives of the party who spoke at the meeting expressed support for the candidacy of Shavkat Mirziyoyev and called on others to vote for him at the Presidential Elections of the Republic of Uzbekistan.