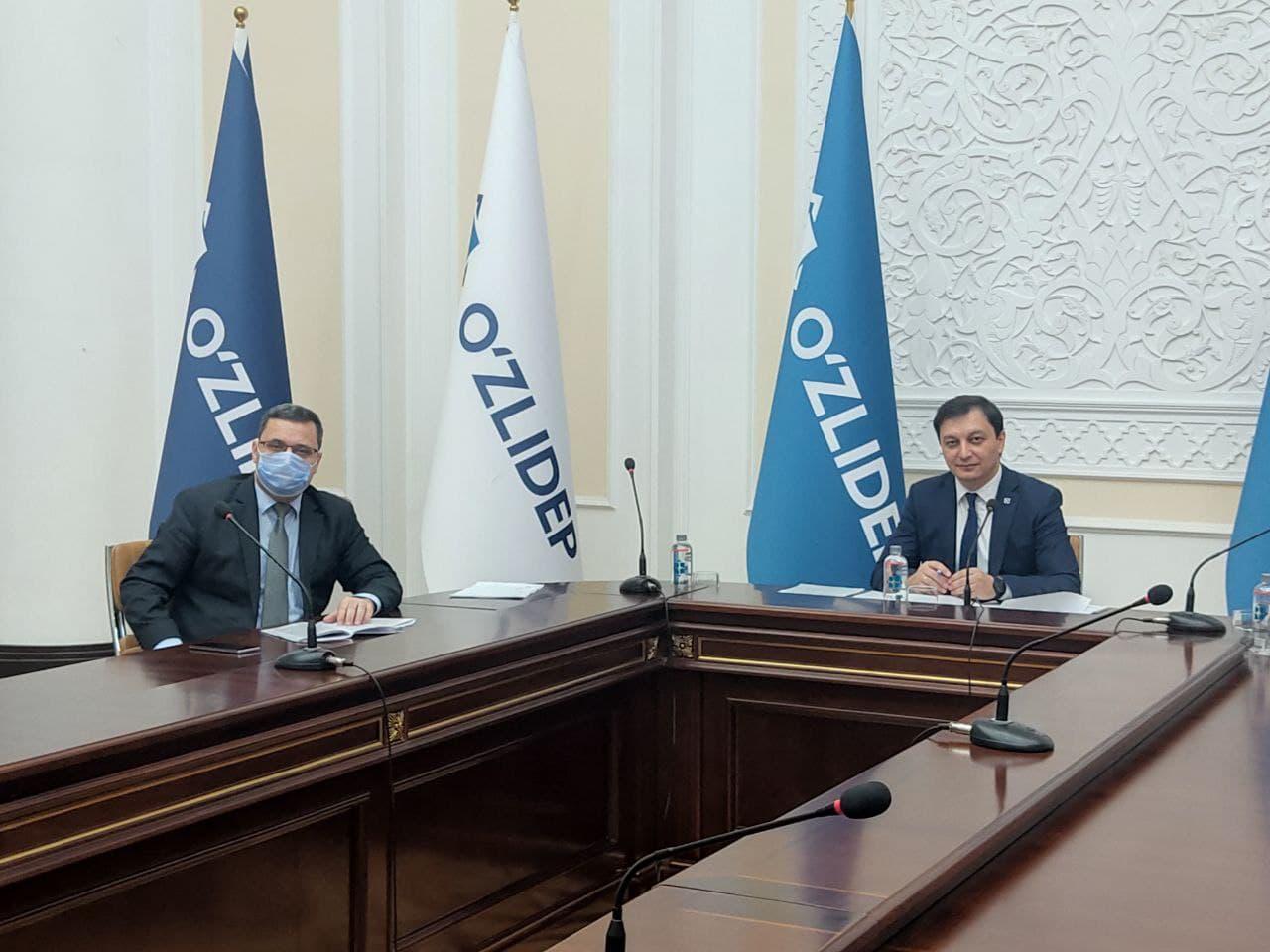 The Movement of Entrepreneurs and Businesspeople – the Liberal Democratic Party of Uzbekistan, using the possibilities of inter-party and people’s diplomacy, continues to contribute to the implementation of foreign policy tasks of the state in the practical implementation of the New Uzbekistan Development Strategy. One of the important areas is cooperation with foreign political parties within the framework of such an organization as the International Conference of the Asian Political Parties (ICAPP), which promotes the unification of political parties from Asia and Oceania. Thus, UzLiDeP over the past years has been carrying out mutually beneficial and equal cooperation with the ICAPP and its participants to promote mutual understanding and trust between Asian countries, the comprehensive development of regional cooperation and the creation of conditions for sustainable peace and joint prosperity in the Asian region.

One of such events was the participation of UzLiDeP representatives in the format of a videoconference at a special meeting of the ICAPP on climate change “The role of political parties in Asia in achieving the goals of the Net Zero concept”. The international event brought together political participants of political parties from such countries as Azerbaijan, Vietnam, Indonesia, China, Republic of Korea, Malaysia, Russia, Turkey, Kazakhstan, Japan and others.

Within the framework of the theme “Increasing the effectiveness of regional and global responses of political parties to achieve the goals of the Net Zero concept”, Deputy Chairman of the Executive Committee of the Political Council of UzLiDeP for Youth Issues Aslonov Abdullo made a presentation for foreign participants on Uzbekistan’s position, including the position reflected in the party’s program on the issue of combating climate change. Thus, the speaker from UzLiDeP highlighted, the degree of attention in Uzbekistan to this issue is indicated by several initiatives of the President of Uzbekistan Shavkat Mirziyoyev from the high tribunes of the UN. At the 72nd, 75th and 76th sessions of the UN General Assembly, various aspects of one of the environmental problems of an international scale – the Aral catastrophe, such acute issues of our time as global climate change, environmental protection and biodiversity were considered.

As a concrete measure of Uzbekistan, the rapporteur from UzLiDeP cited the unanimous approval in 2021 in the United Nations General Assembly of a resolution declaring the Aral Sea region a zone of environmental innovations and technologies. The adoption by the UN of this Resolution was the logical result of the systematic work of Uzbekistan to implement the ideas of the Head of the state, expressed at the rostrum of the UN General Assembly.

The representative of UzLiDeP at this event also revealed to foreign political parties the vision of solving environmental problems and combating climate change in the medium term. Separately highlighted – UzLiDeP is a supporter of Uzbekistan’s making a worthy contribution to achieving the goals of the Paris Agreement on climate change, which regulates measures to reduce the content of carbon dioxide in the atmosphere. Thus, Uzbekistan is already taking concrete measures to switch to renewable energy sources. In particular, by 2030, the country plans to double the energy efficiency of the economy of Uzbekistan, increasing the share of renewable energy to 25% and developing environmentally friendly transport.

By 2025, it is planned to commission new solar and wind power plants with a total capacity of 2,900 megawatts. By 2026, an additional 500 thousand hectares of green spaces will be created on the dried bottom of the Aral Sea, bringing their total area to 2.5 million hectares, or 78 percent of this entire territory. In the Aral Sea region, other projects worth $300 million will soon be implemented, aimed at preserving biodiversity, preventing climate change and soil degradation. These and other measures on the part of Uzbekistan, the participant from UzLiDeP emphasized at the end of his report, should allow in practice to make a worthy contribution of the country to the common cause of combating climate change.

Following the event, a special statement by the ICAPP was adopted, which contains the theses expressed by the speakers during the meeting of the political parties of Asia and Oceania. In this context, we note that the Secretary-General of the International Conference of Asian Political Parties Cho Byung-jae voiced several proposals made by UzLiDeP in the final document, which were fully supported by the participants of this event.