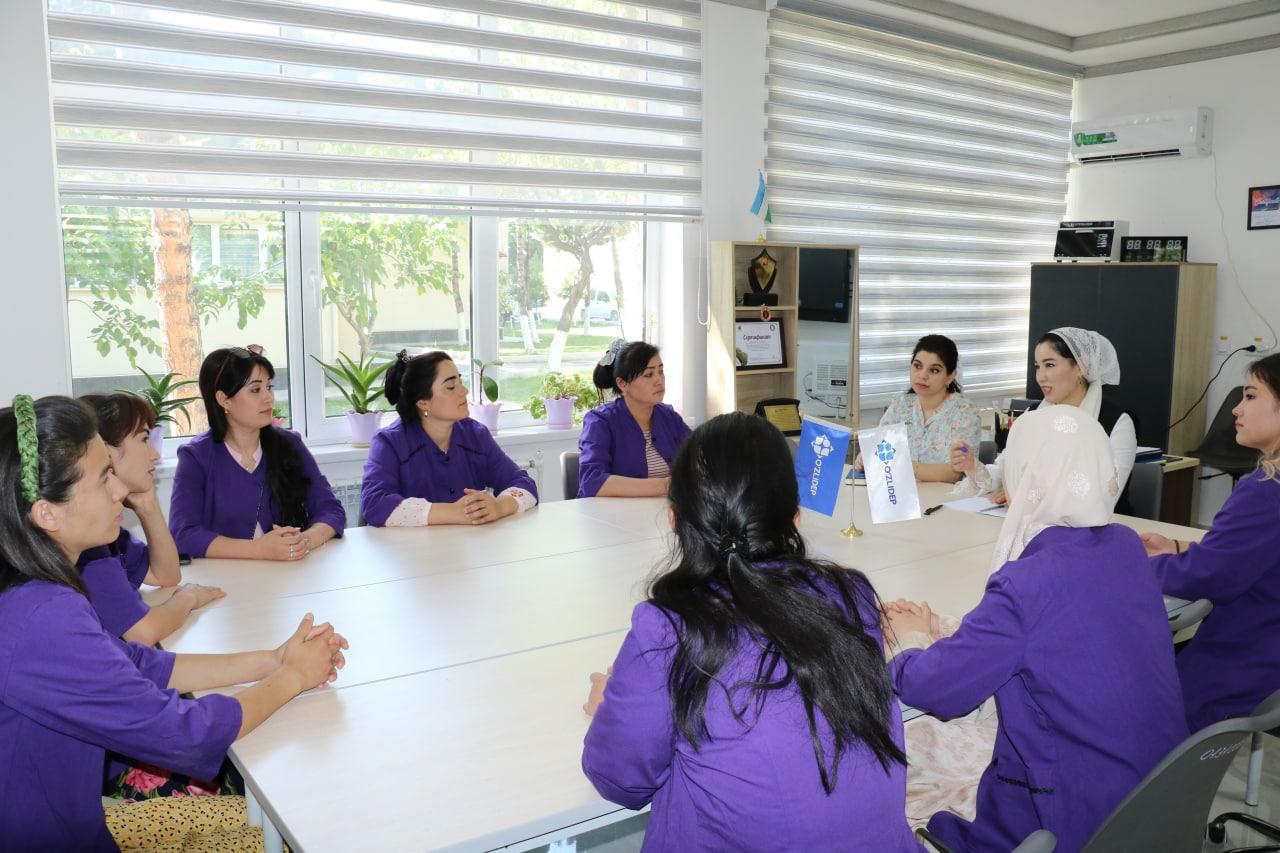 The main idea of ​​the reform of the Basic Law is reflected in the slogan “In the name of human dignity”, which defines the essence and significance of the ongoing reforms in Uzbekistan. The great transformations taking place at the present stage are fully in line with the interests of the electorate of UzLiDeP – the political force that forms the basis of the middle class of the country.

In this regard, during the events held at places with the participation of deputies of territorial and local councils, activists of primary party organizations, representatives of the electorate, reasonable proposals are made to improve the Constitution.

In the PPO of the “Ishga Markhamat” monocenter in the city of Jizzakh, led by Bekhzod Shukurov and uniting 33 like-minded people in the ranks of the organization, a conversation was held on “The role of UzLiDeP in carrying out constitutional reforms”.

At the event, which was attended by members of the deputy group of UzLiDeP in Jizzakh City Council of People’s Deputies, participants spoke about the importance and necessity of constitutional reforms. The speakers noted that the main goal outlined in the party program fully corresponds to the main goal of the reforms being carried out in the country, aimed at ensuring life, honor and dignity, freedom and interests of a person.

Following the conversation, a summary of the proposals and recommendations of the participants of the event took place.

Chief of Staff of Jizzakh City Council of UzLiDeP