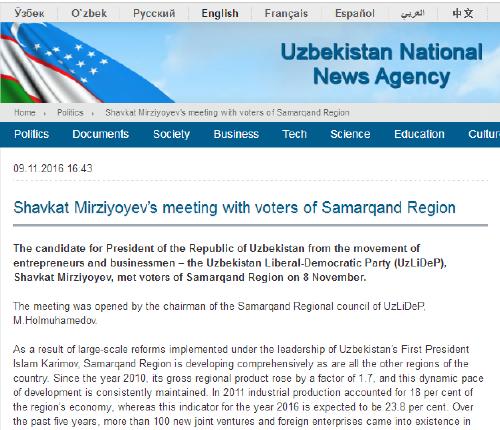 The candidate for President of the Republic of Uzbekistan from the movement of entrepreneurs and businessmen – the Uzbekistan Liberal-Democratic Party (UzLiDeP), Shavkat Mirziyoyev, met voters of Samarqand Region on 8 November.

The meeting was opened by the chairman of the Samarqand Regional council of UzLiDeP, M.Holmuhamedov.

As a result of large-scale reforms implemented under the leadership of Uzbekistan’s First President Islam Karimov, Samarqand Region is developing comprehensively as are all the other regions of the country. Since the year 2010, its gross regional product rose by a factor of 1.7, and this dynamic pace of development is consistently maintained. In 2011 industrial production accounted for 18 per cent of the region’s economy, whereas this indicator for the year 2016 is expected to be 23.8 per cent. Over the past five years, more than 100 new joint ventures and foreign enterprises came into existence in the region, and their number reached 259. These enterprises are producing 2.5 trillion soms worth of products a year.

The programme specifies such priority tasks as improving the system of state and public administration, ensuring the supremacy of law and further reforming the judicial-legal system, extending economic reforms, strengthening macro-economic stability, maintaining dynamic growth rates, developing the social sphere, further strengthening peace and accord in the country. Special attention is paid to such important issues as raising the effectiveness of the executive branch of power, strengthening the mechanisms of public control, ensuring the independence of the judicial branch of power and the justice system, economic modernization and diversification, the development of private ownership and entrepreneurship, expanding areas under fodder crops and export-oriented agricultural produce, providing employment and raising the people’s living standards and quality of life.

The meeting was held in the format of video conference. Voters who gathered in the city of Samarqand and all the district centres expressed their opinions on the electoral programme of the candidate.

The chairman of the council of the Samarqand Regional department of the Nuroniy foundation, H.Normurodov; poetess H.Bobomurodova; labour veteran A.Hoshimov; a teacher of general education school No 6 in Payariq District, A.Shulga; the chairman of the Payshanba small town in Kattaqorghon District, K.Ahmedov; the head teacher of general education school No 7 in Ishtikhon District, Sh.Umrov; and others have said that the implementation of tasks specified in the programme will serve for the further development of the country. It was emphasized that the preparation for the elections of President of Uzbekistan completely conformed to the national legislation and international democratic principles. These people called on voters to take an active part in the forthcoming 4 December elections of President of the Republic of Uzbekistan. 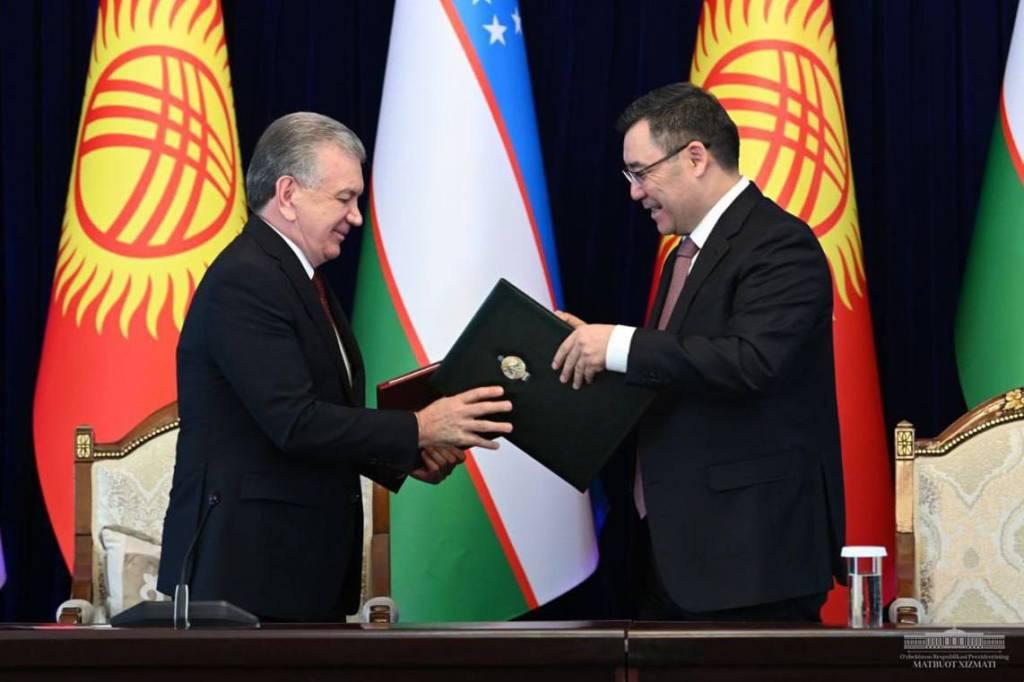