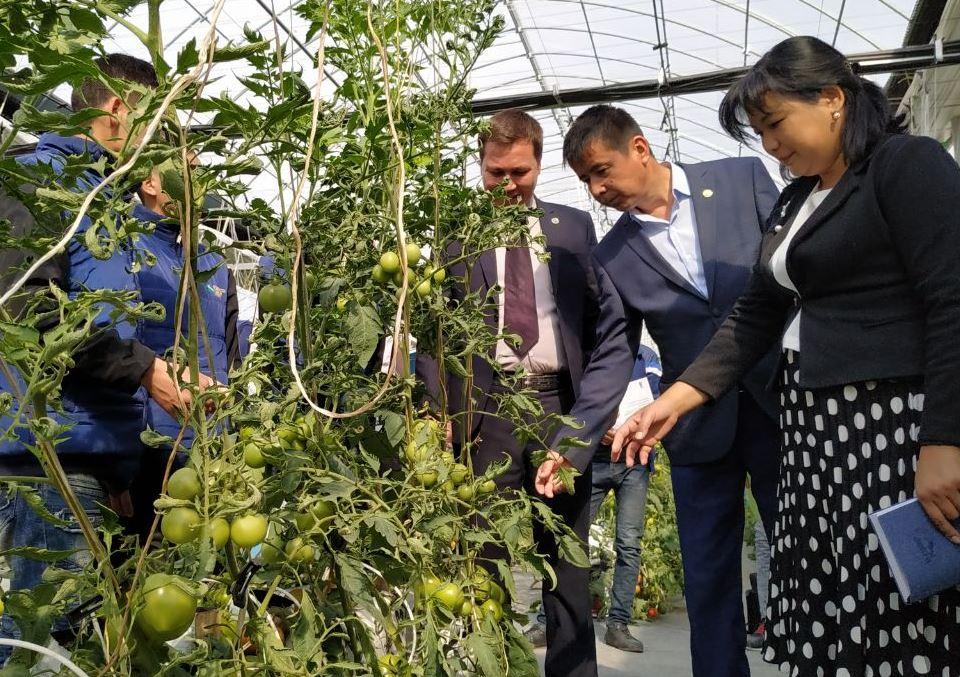 In the greenhouse “Nukus universal base” of Takhiatash district, Karakalpak Kengash of UzLiDeP organized a master class for unemployed youth of citizens’ assembly of Nayman village.

In order to clarify the effective use of household land among young people, to organize conversations with experienced farmers and explain their experience to young people, the district kengash of the party and makhalla activists organized a workshop in the greenhouse based on hydroponics method.

– In October last year, a loan was obtained at Hamkor Bank district branch, and a Dutch variety of Alamina tomatoes was planted on one hectare of Nukus Universal Base greenhouse, – says U. Saatbayev, the head of the greenhouse. – In South Korea, we bought the necessary container for the greenhouse and other equipment. Currently we are carrying out drip irrigation of tomatoes. By the method of drip irrigation from one bush you can get two harvests. 14 people work in the greenhouse on a permanent basis.

At the event, young people became familiar with the work carried out in the greenhouse of an experienced entrepreneur U. Saatbayev. The youths were informed about the work being carried out, explained the methods of tillage, timely watering, indicated what attention should be paid for the effective use of household land.

Local young people received answers to questions concerning them, made a decision to build greenhouses on their homestead lands.