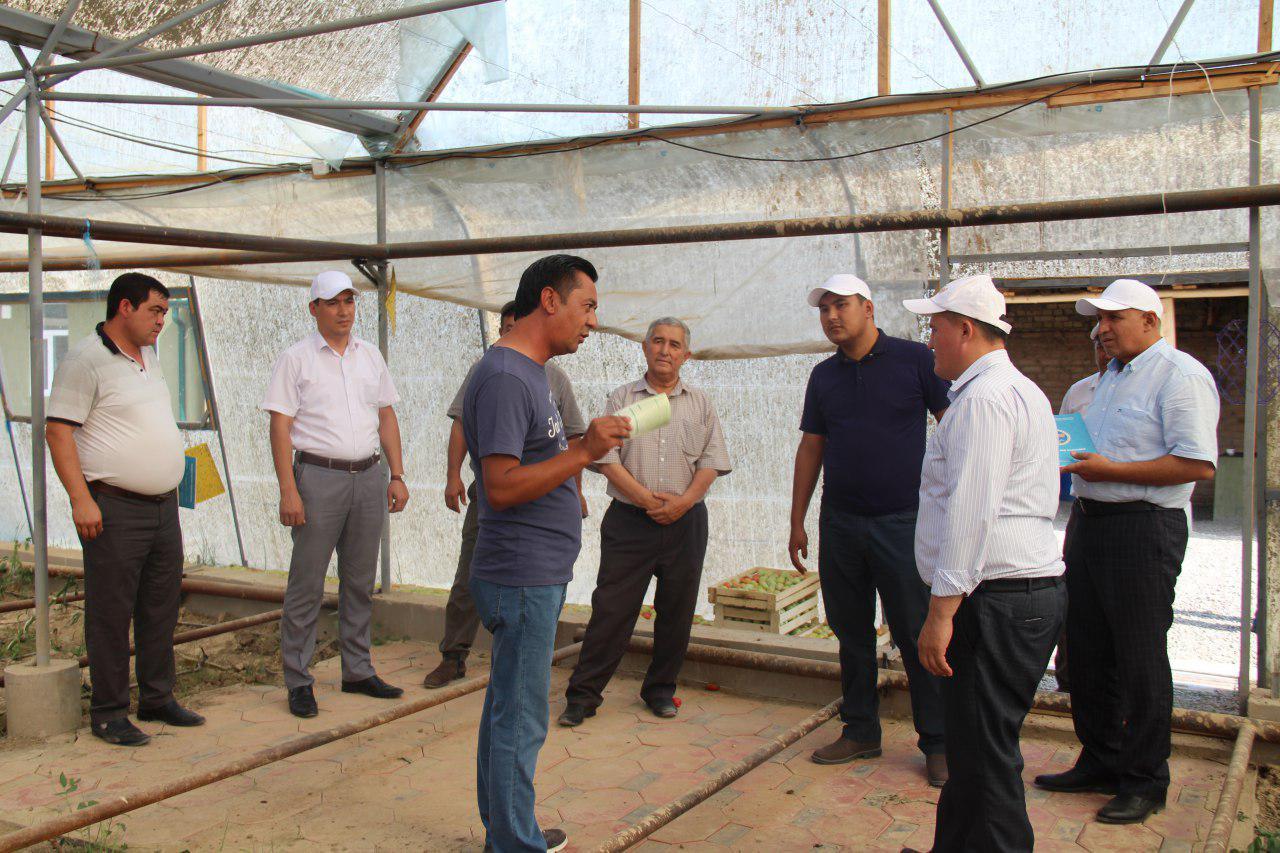 Representatives of the Council of Farmers, Dehkan Farms and Owners of Household Lands, the Liberal Democratic Party of Uzbekistan hold local meetings to study re-planting on dehkan farms, homestead lands and fields freed from cereal crops, as well as timely elimination of identified problems.

A group led by the head of UzLiDeP Aktam Khaitov visited the farm “Pop jannat bogi” in Pap district. There is a greenhouse in the farm on the 80 acres.

“This greenhouse was built last year at the expense of a loan of 800 million soums of the fund of the Council of Farmers, Dehkan Farms and Owners of Household Lands of Uzbekistan, – said the head of the farm Kamoliddin Fayozov. – At the beginning of the year we planted a new variety of tomatoes, the harvest was rich. The first harvest was more than 40 tons and the income was appropriate. When re-sowing, we intend to re-grow this variety of tomatoes. If to plant seedlings in August, in November we can take the crop to the market.

“Pop javokhiri” farm was one of the first in the district to fulfill the plan for grain harvesting, with 34 hectares (out of a total area of ​​71 hectares) received an average yield of 70 centners. The state hirman was replenished with 140 thousand tons of grain. On the released 25 hectares farmers planted peanuts, on 5 hectares – carrots, on 4 hectares – mung.

“Taking into account the climate, we planted more peanuts. Because this crop is drought tolerant, export oriented”, – says farmer Javokhir Yusupov. – Using the opportunities we are planning to convert the economy into a multi-profile. We have already started feeding 60 sheep and 20 cattle”.