Three-year development program to be implemented in Karakalpakstan 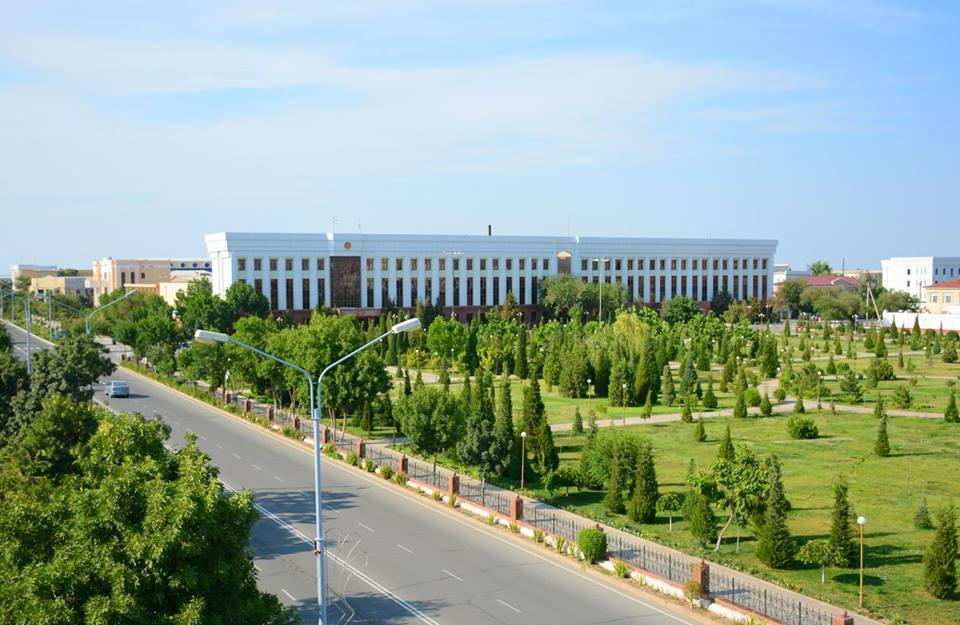 President Shavkat Mirziyoyev has chaired a videoconference on socio-economic development of Karakalpakstan.

On November 10, President Shavkat Mirziyoyev chaired a videoconference on the issues of socio-economic development of Karakalpakstan.

On October 2, at an out-of-schedule session of the Jokargy Kenes of the Republic of Karakalpakstan, the Head of the state defined tasks aimed at developing each city and district and improving the life of the region’s population. The state of 37 thousand households and business entities was studied to identify urgent problems and develop a new development program.

Based on the analysis, a comprehensive development program for the Republic of Karakalpakstan for 2020-2023 was worked out. According to the program, in order to increase the investment attractiveness of the region, new enterprises are provided with a number of tax benefits. In addition, benefits will be received by newly created enterprises in industry and services in Takhtakupir, Bozatau, Shumanay districts and 45 mahallas and auls that fall into the category of lagging behind in development.

Issues of systemic organization of implementation of the activities identified in the program were considered at the videoconference.

In particular, taking into account the points of growth of 17 districts and cities, 1,359 investment projects worth 12.3 trillion UZS have been formed for the implementation in 2020-2022. It is planned to attract $523 million of direct foreign investment and create about 20 thousand new jobs.

The Ministry of Investments and Foreign Trade was instructed to create 27 industrial clusters operating according to the system “from raw materials to finished products”.

The program defines a number of tasks in agriculture and water management. It is about the placement of export-oriented vegetable crops on 12 thousand hectares, where the cultivation of cotton is canceled, the reclamation of 36 thousand hectares of land and formation of a free economic zone “Qoraqalpoq-Agro”, the creation of sesame plantations and an increase in the number of livestock, specialization of Khojeyli district for animal husbandry and vegetable growing.

Measures will also be taken to save 2.5 billion cubic meters of water per year. The importance of repairing 14.2 thousand kilometers of canals, introducing water-saving technologies on 45 thousand hectares of sown areas, installing meters at water distribution points, laser leveling of 38 thousand hectares of land was noted.

The program provides for a separate approach to the development of Takhtakupir, Bozatau, Shumanay districts, which have a relatively low level of socio-economic development. In particular, in 2021-2023, it is planned to implement 172 projects worth 409 billion UZS to improve production and social infrastructure in these districts.

In addition, 150 projects worth 2 trillion 340 billion UZS will be implemented in 45 mahallas and auls with difficult conditions. Interest payments on loans for these projects will be compensated from the Entrepreneurship Support Fund in the amount of 50 percent of the base interest rate of the Central Bank.

The Head of the state emphasized the importance of creating new enterprises, providing employment and helping families out of poverty.

Issues of updating the appearance of districts and cities of Karakalpakstan, road construction and housing were discussed at the meeting.

The goal was set to build and repair 856 kilometers of highways in the next 3 years, lay 2.5 thousand kilometers of drinking water supply networks and bring the level of drinking water supply to 70 percent in the region. 235 houses with 7 thousand apartments will be built, including 36 affordable apartment buildings with 2,084 apartments for young families and low-income people.

The ongoing work on renovation of the city of Nukus, construction of modern infrastructure facilities was considered.

Regarding the healthcare sector, instructions were given on complete digitization of the activities of rural medical centers and family polyclinics, organization of medical teams and screening of the population. The task was set to organize lessons in schools using a new methodology, to improve the qualifications of teachers.

“In general, a new system of organizing the work and control will be created in Karakalpakstan. A new committee has been formed in the Senate of the Oliy Majlis to develop the Aral Sea region, improve life and increase the income of the population”, said Shavkat Mirziyoyev.

Responsible persons presented information on measures for ensuring the implementation of the program.