The Address of the President is being studied 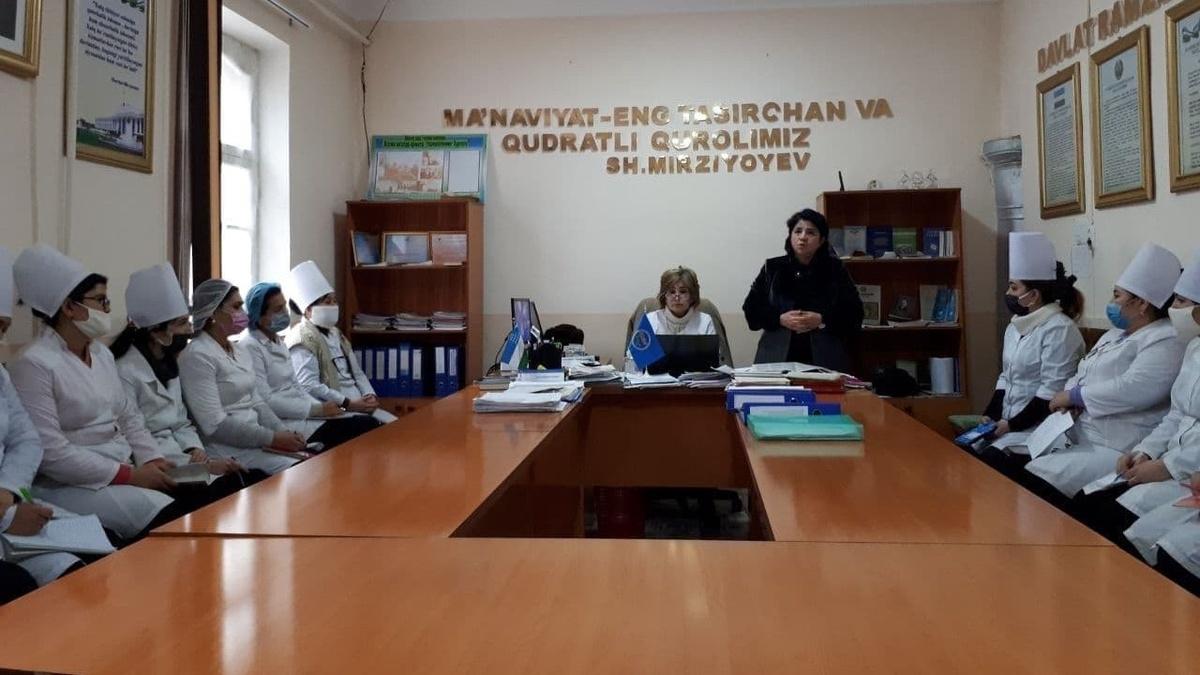 Fergana Regional Council of the Movement of Entrepreneurs and Businesspeople – the Liberal Democratic Party holds large-scale events aimed at conveying to the population the essence and significance of the President’s Address to the Oliy Majlis, as well as deeply studying the priority tasks outlined in the Address.

At the meeting held by Margilan City Council of UzLiDeP in cooperation with Margilan city branch of the Republican Center for Spirituality and Enlightenment, with medical workers of the 7th city family polyclinic, it was noted that the Address focuses on medicine, strengthening primary healthcare, increasing the level of medical care in the countryside and in mahallas. In particular, it was noted that instead of general practitioners in primary care institutions, the activities of medical teams, consisting of a family doctor and 5 assistants from among the nursing staff, will be organized.

O. Khudoyberdiyev, Deputy of the city council, who was elected from UzLiDeP, took part in the event held by Quvasay city council of UzLiDeP in the city House of Culture. In his speech, he noted with great satisfaction that in Uzbekistan in recent years, special attention has been paid to the development of the cultural and enlightenment sphere.

At the event, held at the State Tax Inspectorate of Uchkuprik district, the deputy of the district council Z. Mahkamova informed the population about the reform of the tax sector and the work planned for the future in this direction. In particular, this year, based on the principle “Tax officer – assistant”, entrepreneurs will be given the opportunity to obtain information about the tax debts of their business partners. It was also noted that tax incentives will be provided for the self-employed population.

At present, activities are continuing at places to study the President’s Address, carried out by Fergana regional, district and city councils of UzLiDeP.