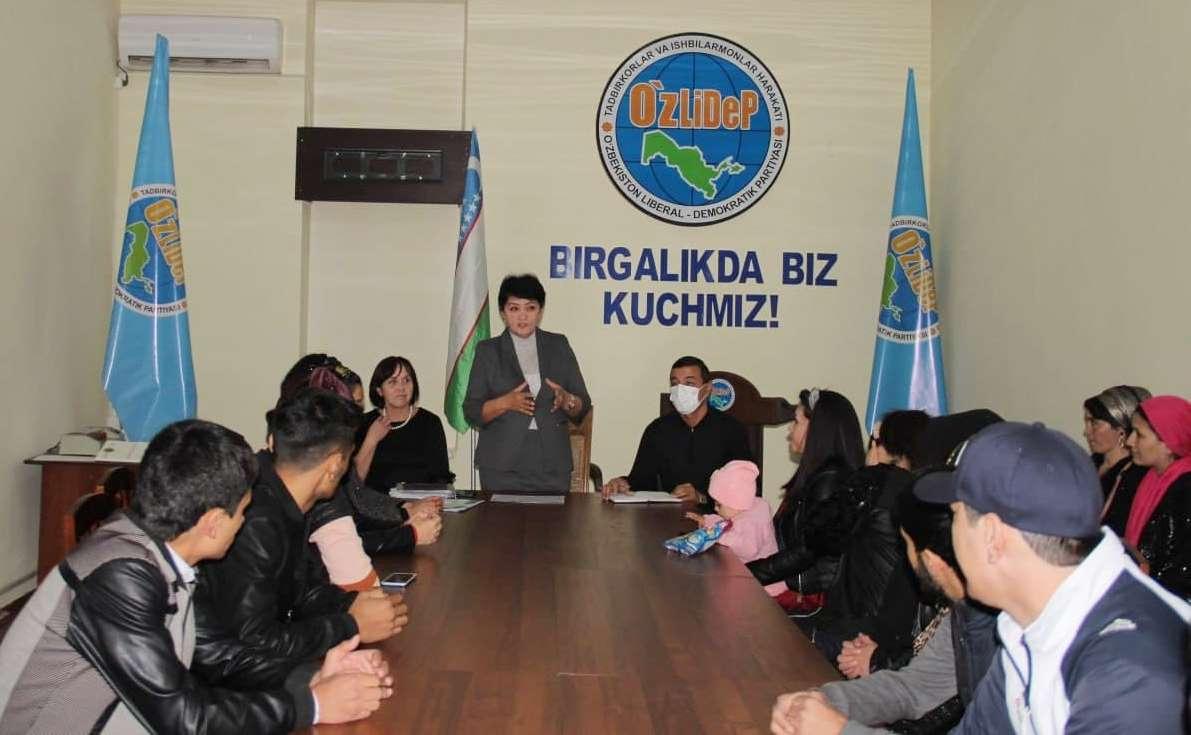 Currently, women in Uzbekistan have time not only to do household chores, but also succeed in various professions. Decrees and resolutions adopted by the President and aimed at supporting women contribute to raising the status of women in society.

The project “Each deputy is an assistant to 100 women” is actively being implemented in Namangan region. Within the framework of this project, members of the “Women’s Wing” of UzLiDeP organized a conversation “Women listen to women’s problems”.

The event was attended by women included in the “iron” and “women’s” notebooks of the city of Namangan. The deputy of the regional Council N. Muhammadiyeva studied the problems of 30 women. 7 of them were provided with psychological and legal assistance. During the conversation, women who wished to be engaged in entrepreneurship exchanged views. 15 women received home-based sewing jobs.

“My husband is temporarily not working, I have 2 children. One of my child has a heart defect. I do not work either. During the conversation, I received advice on entrepreneurship. I was assigned to Zebo Textile enterprise. Now I am provided with a home-based work. We also found a sponsor for the operation of my child. This is how I got the motivation to become a strong, self-confident woman”, said Mamadaliyeva Nozima.

Such conversations are held in all districts of the region.

Head of the Department of