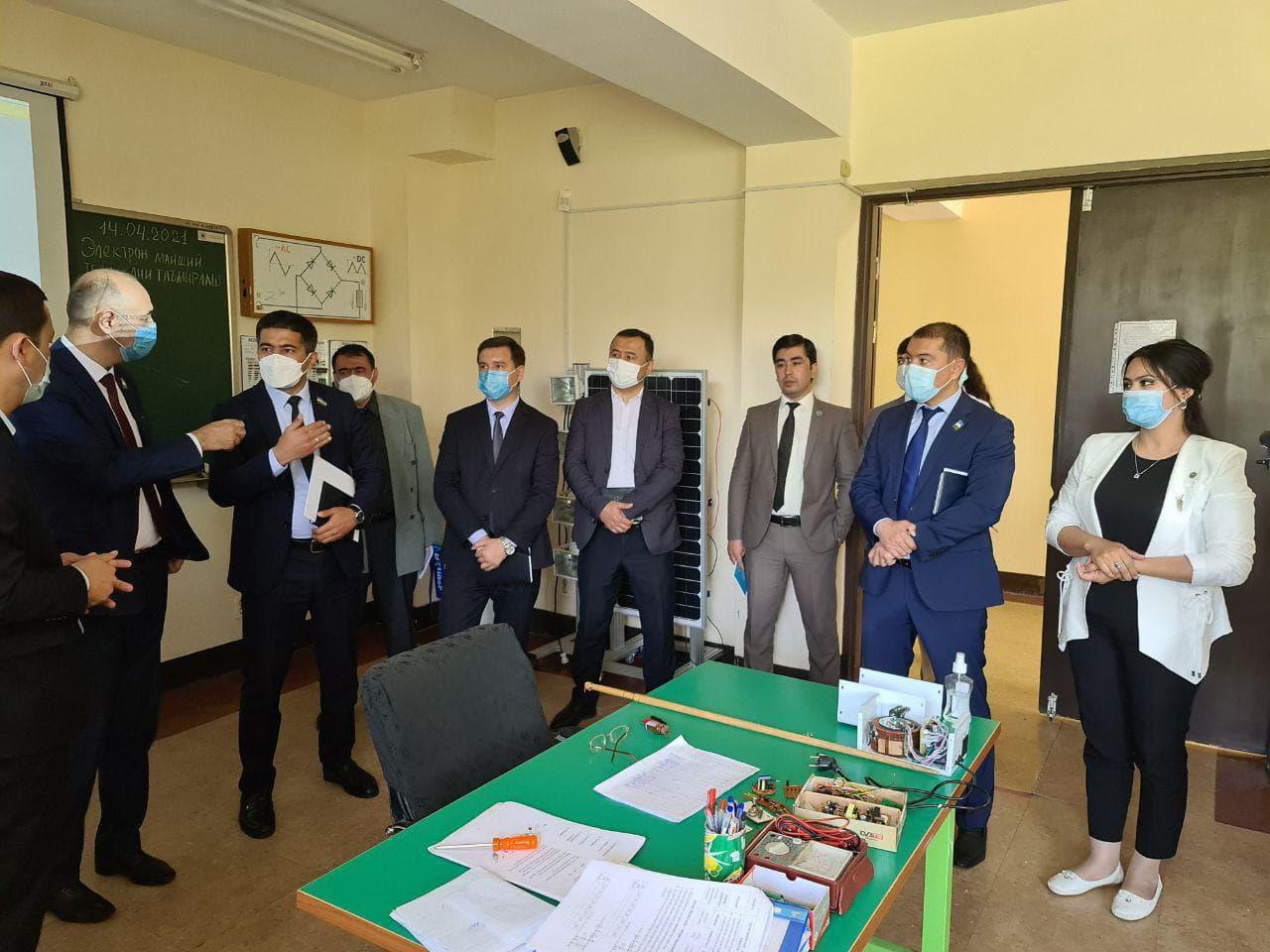 A roundtable discussion was held on “The role of UzLiDeP in providing youth employment” based on the priority tasks outlined at a meeting held under the leadership of the Head of the state on the issues of employment and youth and organizing their free time, with the cooperation of the youth department of Tashkent city Council of UzLiDeP, Sergeli district Council of UzLiDeP and the vocational training center (KOICA).

The event was attended by deputies of the Legislative Chamber of the Oliy Majlis, representatives of the Executive Committee of the Political Council of UzLiDeP, deputies of Tashkent city and district councils of people’s deputies, specialists from the vocational training center (KOICA), students, party activists, youth.

The Vocational Training Center (KOICA) was launched on July 25, 2012 as a symbol of friendship and cooperation between the Republic of Uzbekistan and the Republic of Korea with a grant provided through KOICA by the Government of the Republic of Korea. Currently, unemployed youth are involved in a voucher from the Employment Promotion Center to free vocational training in this center. Training in the center lasts 6-8 months, 2 months are allocated for practice. Classes are held in four areas – mechanical engineering, vehicle maintenance, information technology, electronic automation. 720 people are trained during one year. Since 2012, 5 thousand people have received various professions. Contracts have been drawn up with more than 100 manufacturing enterprises. The issue of employment of young people who have completed their studies at this center is monitored.

It was noted that the “Youth Wing” of UzLiDeP established cooperation with ministries, enterprises. Work is being carried out to identify unemployed youth, their vocational guidance. Workshops are organized with the participation of experienced entrepreneurs to ensure youth employment.

UzLiDeP and Tashkent Vocational Training Center (KOICA) reached an agreement on cooperation. The next tasks were outlined taking into account the opinions and suggestions of the participants of the event.