The winner of the competition employs 150 women 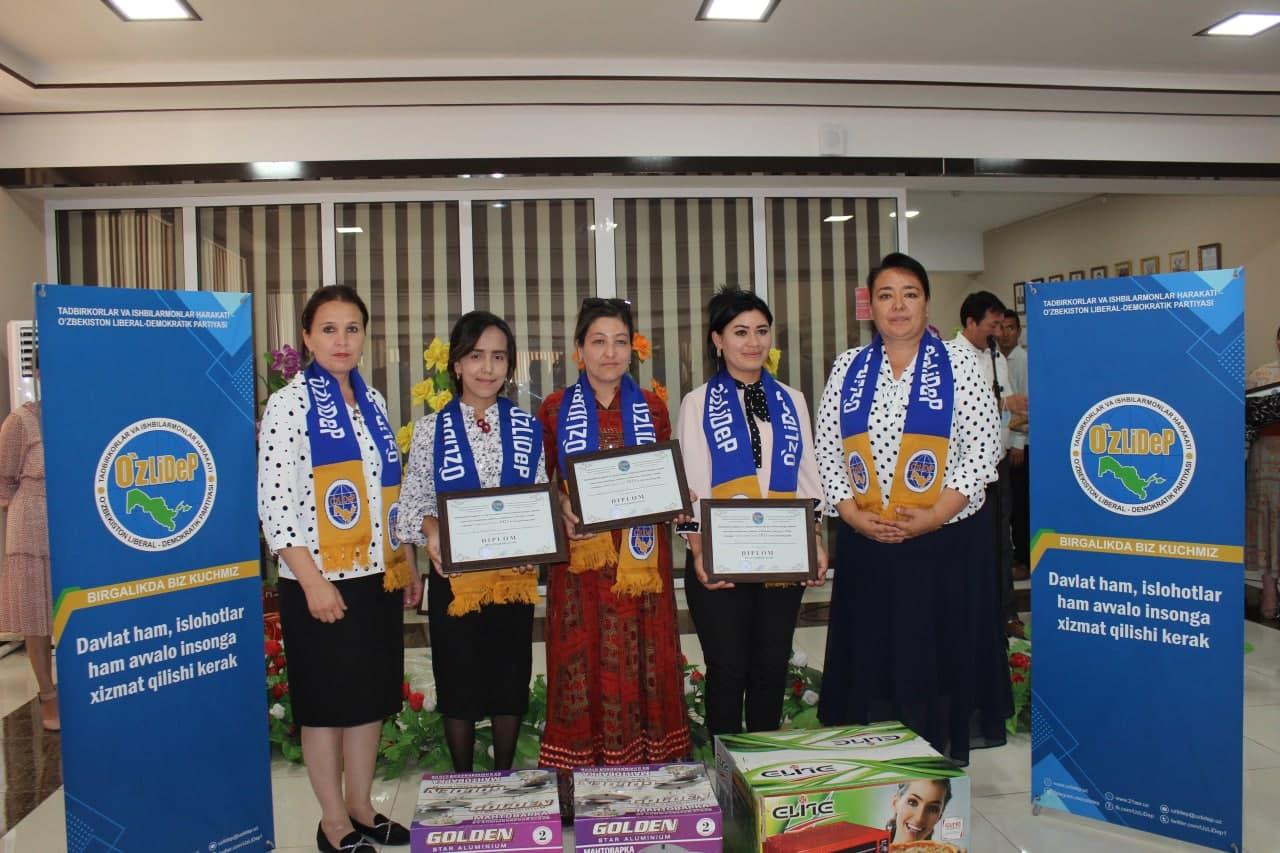 “This woman is an example not only in the district, but throughout the entire region”, said Muazzam Vorisova, head of the department for working with women of the regional council of the party. – She started her entrepreneurial activity in 2017 by organizing the cooperative Asmustanhotekstil. Employed 100 women. Then, having organized a cooperative Asmusgolfeksfil, she employed 50 more women.

And that is not all. M. Isakova is the head of the diversified farm “Musokhon Asaloy”, where they are engaged in gardening and growing melons and gourds. There is a PPO at the enterprises under her leadership, which joined the ranks of our party at the beginning of this year, which has united more than 120 people in its ranks.

The second place in the competition was taken by the head of the mega-textile cooperative Femmasfar Fotima Gofurova, the third place was taken by a private entrepreneur Shakhnoza Kayumova. The gifts and diplomas were presented to the winners by the deputy of the Legislative Chamber of the Oliy Majlis Barno Mirzamova.