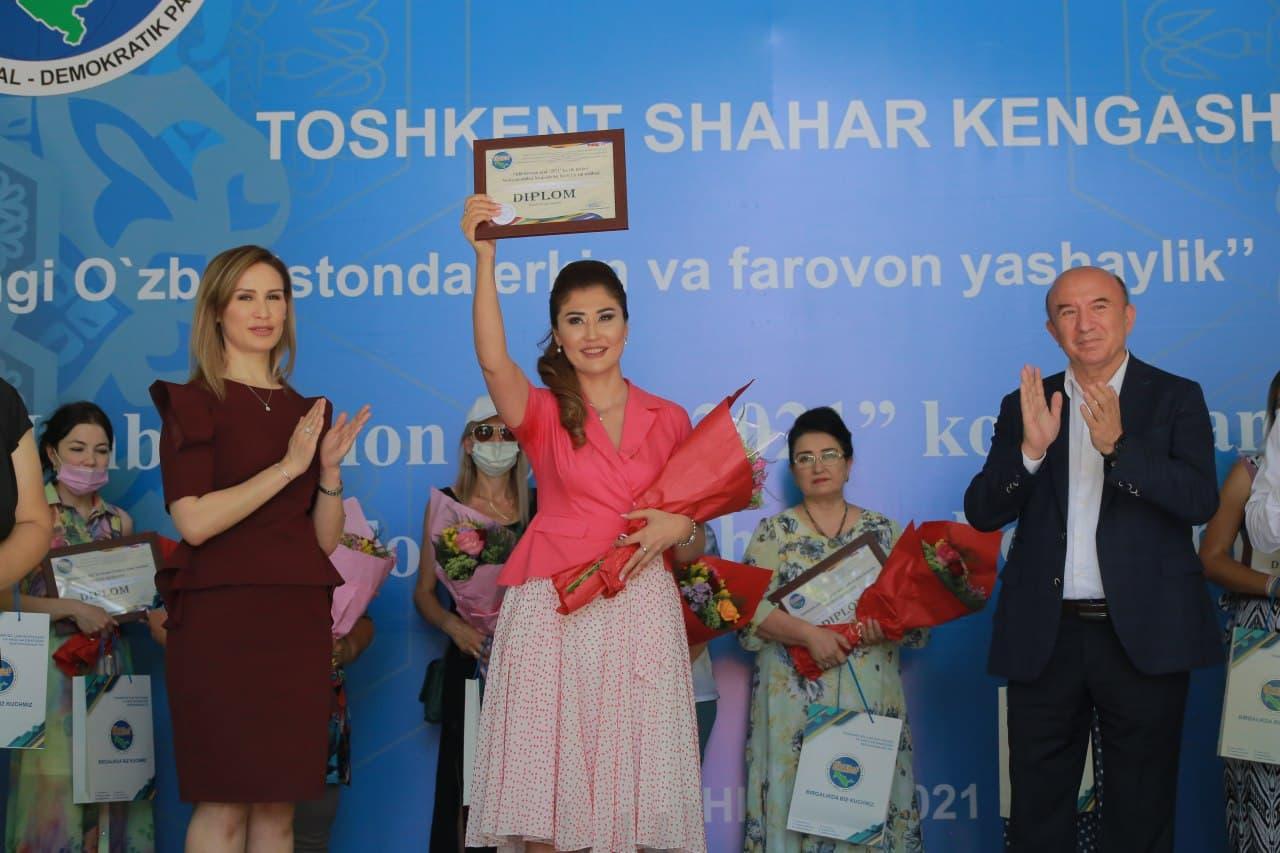 Tashkent city stage of “Ishbilharmon Ayol 2021” (Businesswoman 2021) competition took place in the Park of Culture and Recreation named after Furkat.

The event was attended by deputies of the Legislative Chamber of the Oliy Majlis, representatives of Tashkent City Council of UzLiDeP, women entrepreneurs, activists of the “Women’s Wing”, deputies, and media representatives.

At the competition, the Chairman of Tashkent City Council of UzLiDeP, deputy of Tashkent city council of people’s deputies Ravshan Fazilov delivered a speech.

Deputy Chairperson of the Executive Committee of the Political Council of UzLiDeP on Women Issues Mavluda Khujayeva informed the participants about the opportunities created in the country for women entrepreneurs. An exhibition of products of the participants and the production process was held.

All winners of the competition and winners in nominations were awarded diplomas and memorable gifts of the party.