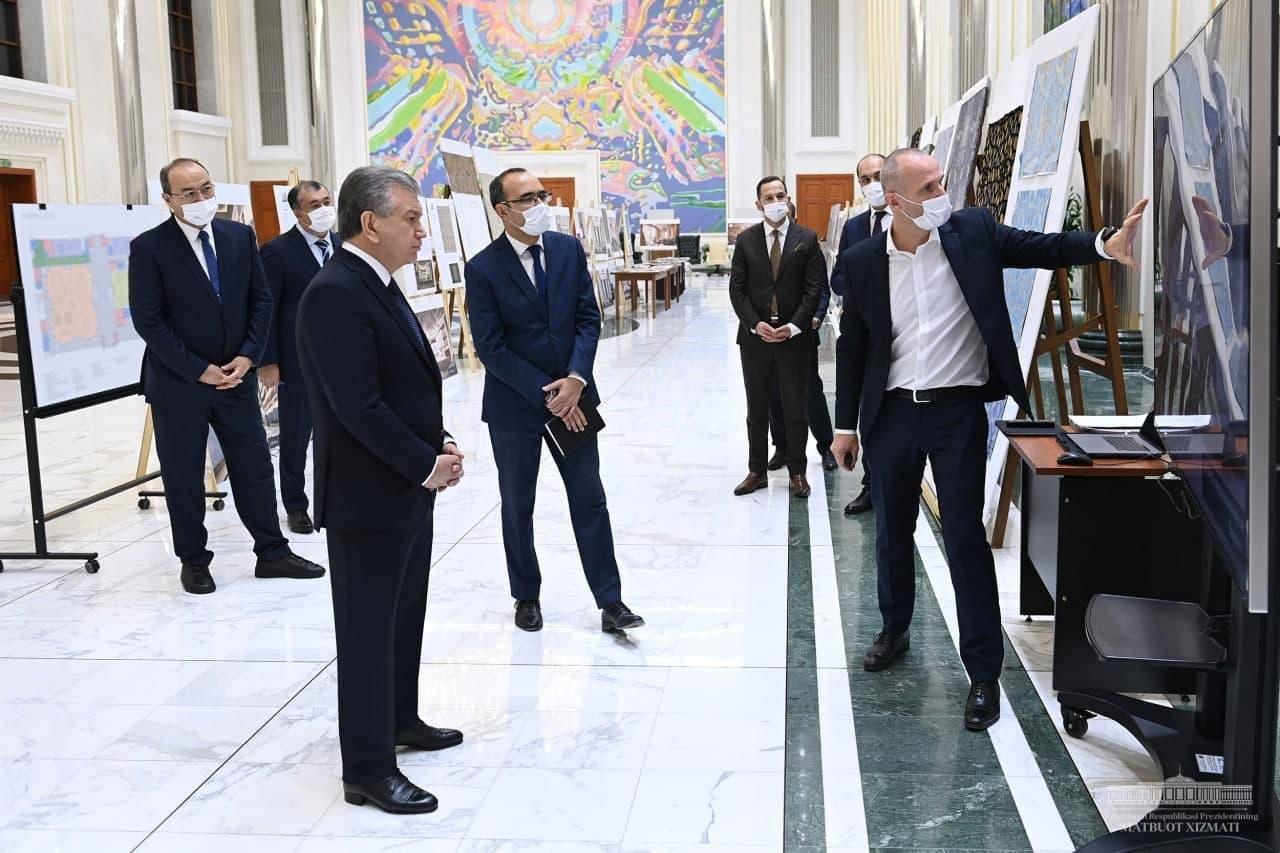 On December 9, President Shavkat Mirziyoyev got acquainted with the presentation of projects that will be implemented in Samarkand region.

The projects are aimed at transforming Samarkand into a modern city, increasing the comfort of the population, the activities of entrepreneurs and investors, and the development of the tourism sector.

Samarkand is expected to turn into a city with a population of over one million in the coming years. The city will include territories of neighboring districts. Government agencies and administrative services will be moved outside the historic center. It is planned to build 2 tunnels and 2 bridges.

In tourism, one of the key drivers of Samarkand’s economy, it is planned to employ 40 thousand people. By transforming the region into a tourism hub of the country, it is planned to increase the volume of tourism services by 10 times in the next five years. More than 600 new hotels and guest houses will be organized.

The largest project in this area is the business and tourist center of Samarkand. The complex, under construction on a 212-hectare site, will consist of an international congress center, the Eternal City caravanserai, 8 hotels, recreational and entertainment facilities, a handicraft center and artificial reservoirs. More than 5 thousand people will be employed here.

Due to the implementation of the planned projects, it is expected to bring the number of foreign tourists visiting the region to 5 million per year.

Practical aspects of projects, measures for high-quality construction of structures using modern solutions were discussed during the presentation.