Agreements signed between Uzbekistan and Pakistan 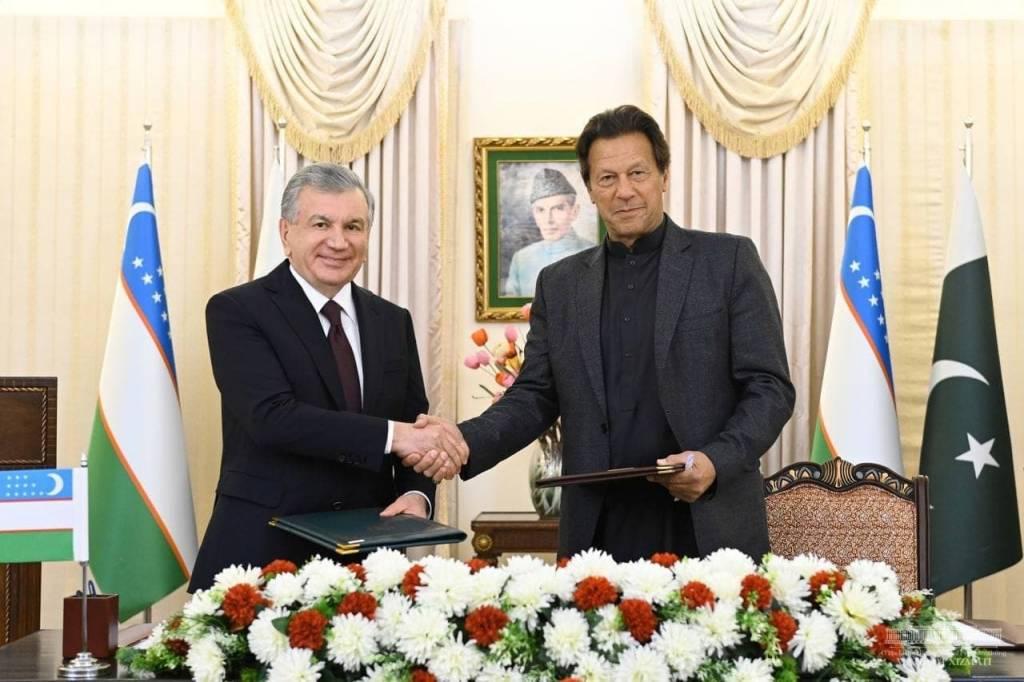 Following the talks in Islamabad, a ceremony of signing bilateral documents took place.

President Shavkat Mirziyoyev and Prime Minister Imran Khan signed a Joint Declaration on further steps on the strategic partnership between the Republic of Uzbekistan and the Islamic Republic of Pakistan.

About 10 documents were adopted between the ministries and agencies, including agreements on preferential trade, cooperation in environmental protection, pilgrimage tourism, railways, agreements between Surkhandarya region and Khyber Pakhtunkhwa province, between the city of Tashkent and the city of Islamabad.

During the business forum held on the eve of the visit, an agreement was reached on the implementation of joint trade and investment projects worth $800 million.