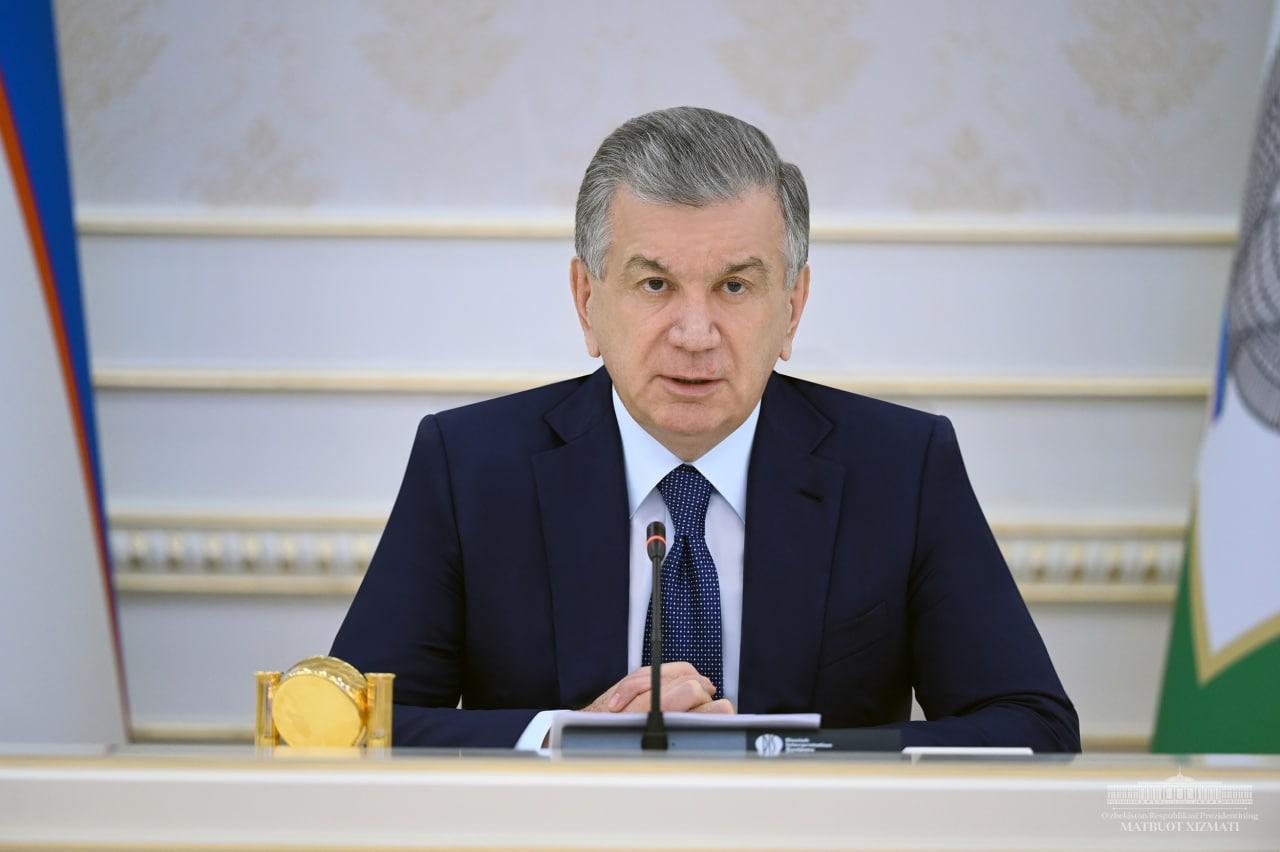 On May 5, President Shavkat Mirziyoyev chaired a videoconferencing on improving the activities of ambulance and emergency medical services.

These links of healthcare play an important role in preserving the health and life of a person during the «golden hour» - a period of time that allows the most effective first aid to be provided. Over the past five years, much has been done to improve the material support and human resources of these services.

In particular, 2,224 new ambulances were purchased and the number of modern ambulances increased from 24 to 435. Even more stations and ambulance teams were organized.

Along with this, the amount of funds allocated for drugs per call increased 16 times, and the range of drugs expanded from 20 to 45.

A special attention is paid to strengthening the system of emergency assistance on the ground. 21 inter-district centers of combined injuries and acute vascular diseases have been established in the regions. As a result, the residents of districts and cities began to apply less to regional centers.

For example, in the past, the patients who were seriously injured in traffic accidents at the Kamchik Pass were taken to emergency centers in Tashkent and Namangan, located 100 kilometers from the scene of the accident. Today, the centers organized in the city of Angren and the Pop Region contribute to resolving this problem.

However, there are the issues that need to be addressed. They were also raised during the open dialogue of the President with workers in the sphere on March 18.

Therefore, last year, more than 50 thousand complaints were received about the arrival of ambulances late.

One reason for this is the lack of unified service management. In particular, the issues of hiring in the ambulance system, providing medicines, transport, fuel and coordinating the work of drivers are under the jurisdiction of different departments. Due to such confusion in management, the provision of emergency medical care is limited to the territory of the district. The ambulance station, although it borders on the neighboring area, does not accept calls from there.

Many ambulances do not have navigation systems, 10,000 streets are still unnamed, and about 500,000 houses are not numbered.

The emergency assistance to the patient is not provided in the nearest medical institution, but only in a few pre-assigned hospitals. This order was called at the meeting the main problem of the sphere.

In this regard, a separate program has been developed to improve the system of emergency and emergency medical care.

The tasks for the practical implementation of the program were defined during the meeting.

In particular, from July 1 this year, the Republican Emergency Medical Center «103» and its regional branches with a single vertical of management shall be created. As a result, emergency medical care based on the experience of Tashkent, will no longer be provided within one district, but throughout the region.

The district dispatch services for receiving calls will be abolished and unified call centers shall appear in the regions. Along with the operators, a separate medical and consulting team will work in the call center.

The private clinics with an ambulance service can also connect to regional call centers.

This practice will first be introduced in the Syrdarya Region through the Medical Insurance Fund, then, in stages, in all regions.

It was noted that in 2022-2025 all obsolete ambulances will be replaced by modern vehicles, as a result of which the arrival time of brigades shall be reduced to 3 times.

According to international experience, not in all cases, doctors have to go on a call. In this regard, a sorting system shall be introduced depending on the complexity, relevance and type of calls.

The ambulance team today includes a doctor, a paramedic and a driver. As foreign experience shows, an ambulance paramedic is also a driver.

Therefore, from the new academic year, the youth studying to become paramedics will also be taught driving. To do this, driving schools will be assigned to medical colleges.

At the same time, a system will be created to reward ambulance workers based on the assessment of their work by patients. At the end of each quarter, team members whose work is highly appreciated by the patients shall be rewarded in the amount of 50% of their wages.

The number of calls per thousand people in our country is 352. This is 6-7 times more than in developed countries. Due to the lack of basic medical services in villages and makhallas (the local residential community areas), the population turns to the ambulance service.

In this regard, instructions were given on the creation of medical centers at makhallas.

The attention is paid to the training and retraining of emergency medical personnel. To this end, the Republican Training and Practical Center for Emergency Medical Assistance at the Ministry of Health will be transferred to the Republican Emergency Medical Center and reorganized into the School for Advanced Training of Workers. The specialists from countries with a developed ambulance system, such as Turkey, Korea and France, shall be involved.

The need to expand the coverage of emergency medical care at the district level was indicated.

To do this, first of all, in all district and city hospitals, scheduled and emergency departments duplicating each other in the areas of therapy, pediatrics and surgery will be unified. They will have 24-hour emergency receptions.

«If we put these tasks in order, we shall make medicine even closer to the population, we will take another step towards exalting the honor and dignity of a person», Shavkat Mirziyoyev has said.

At the meeting, the khokims (governors and mayors) of regions, districts and cities were instructed to adopt and organize the implementation of their regional programs for the development of emergency and emergency medical care.