The state of work with people’s appeals discussed 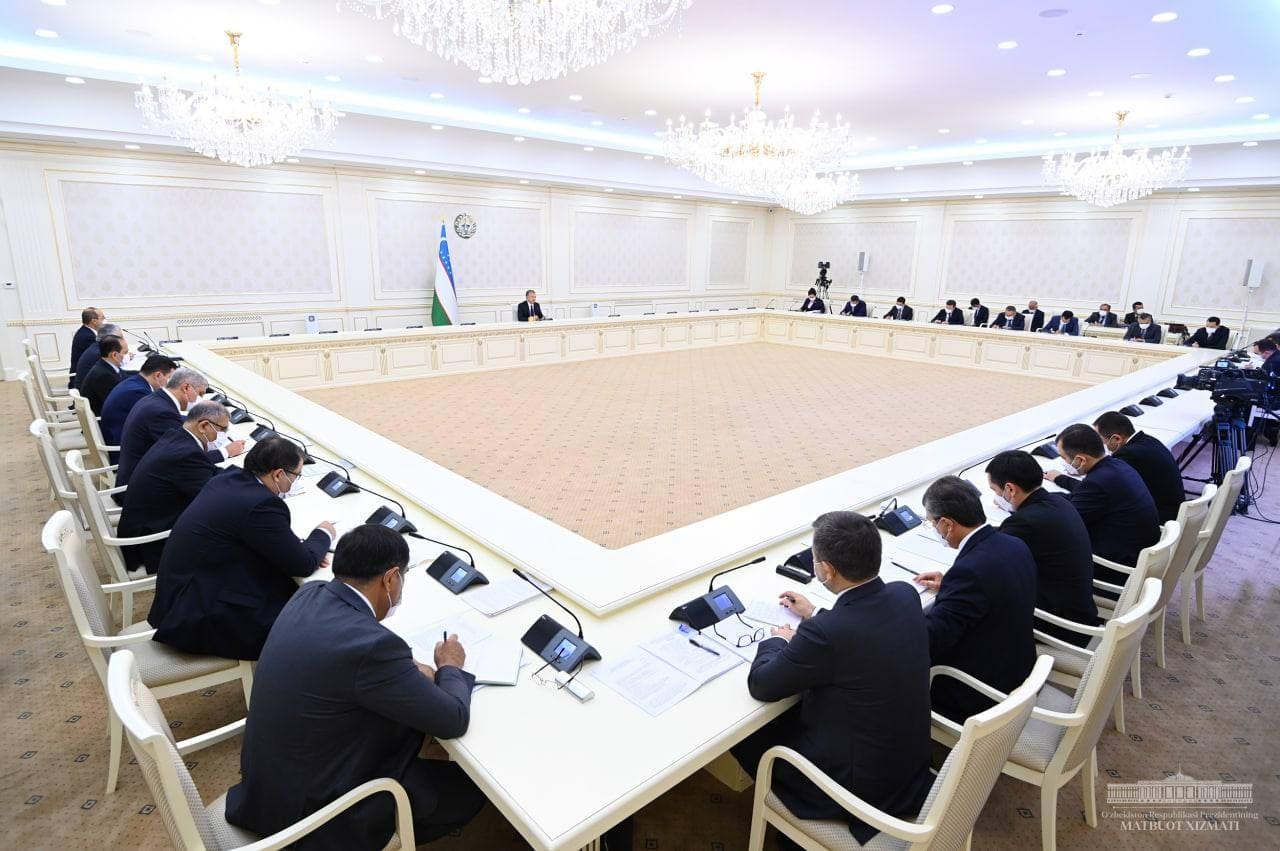 On July 23, President Shavkat Mirziyoyev chaired a videoconference on measures to organize a new system of working with people’s appeals.

President Shavkat Mirziyoyev, assuming the post of President of the Republic of Uzbekistan, noted that the main rule for leaders of all levels should be the principle “it is not the people who should serve government bodies, but vice versa”.

This principle has been identified as a priority direction of state policy. On December 28, 2016, a Presidential Decree was adopted on working with appeals of individuals and legal entities. People's and Virtual Reception Offices of the President of the Republic of Uzbekistan established under this document have formed a system of interaction between state bodies and citizens.

The established practice of holding open dialogues and receptions by managers of all levels gave hope and confidence to people in the possibility of solving problems. The state bodies “went down” and began to work based on the needs and requests of the population.

The analysis of current issues raised in appeals to the People's Reception Offices and during field receptions gave rise to many reforms. Four years ago, an average of 100 thousand requests was received monthly for currency conversion, registration, issuance of pensions and benefits in cash. Thanks to the systematic work to eliminate problems in these spheres, appeals on these themes have completely stopped.

The simplification of the procedure for obtaining Uzbekistan citizenship has also become a solution to problems for about 100 thousand families.

As a result of the work to strengthen justice and transparency in the judicial system and investigative bodies, 250 thousand complaints have been resolved.

The current state of work with people’s appeals in the context of ministries and regions was discussed at the meeting.

The Head of the state stressed the need for solving, first of all, the systemic problems that cause citizens to appeal directly to mahallas.

Hokims of regions, districts and cities will allocate two days a week for the reception of citizens, a daily reception will be established in hokimiyats.

“Hokim’s office will become People's Reception Office. Every manager should have a strategy for how to resolve appeals, what to pay attention to”, the President said.

Virtual Reception Offices and personal pages of hokims in social networks will be created for the round-the-clock reception of appeals from the population.

It was noted that in the first six months of this year, People’s Reception Offices received 100 thousand appeals on employment and entrepreneurship. They can be completely solved by the hokimiyats themselves.

For example, Mahallabay Work Center in Pastdargom district studied 117 mahallas and identified 4 thousand unemployed people. More than 3 thousand people have been employed through training in professions and entrepreneurship, assistance in the preparation of business projects, obtaining loans and subsidies. As a result, the employment rate in the district is 85 percent today.

Or, in Andijan region, due to the involvement of leading entrepreneurs, the employment of members of 30 thousand households was ensured.

The importance of implementing similar initiatives in other regions was also noted.

It was emphasized that most of the appeals are received on issues of electricity and gas supply, employment, housing, land, medical services and public education. Measures to address them have been identified.

For example, it was noted that it is possible to introduce an open and transparent system instead of the procedure for issuing orders – it concerns almost half of the appeals in the medical field – which will reduce the number of complaints by 10 thousand.

It was determined that the activities of ministries and agencies, local hokimiyats on the consideration of appeals will be controlled by People's Reception Offices.

From now on, a single electronic database of all appeals will be maintained. People's Reception Offices will conduct an open rating of the work of state bodies in this direction quarterly. An online platform for registering, reviewing and monitoring the results of appeals will be created for all ministries and agencies, hokimiyats. The results of monitoring will be provided monthly to the Senate and the Government, which will conduct a critical discussion.

The report of heads of ministries, agencies and regions on the status of resolving issues raised in the appeals of the population will also be heard quarterly in the Senate, and monthly in local councils.

Responsible persons reported on the upcoming measures to organize a new system of working with people’s appeals on the issues discussed at the meeting.