TO BUSINESS WITH DIPLOMA 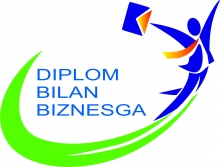 To enhance the youth's interest in entrepreneurship, assistance  job placement for the graduates of higher and secondary specialized educational institutions, increase their involvement in the sphere of small business and entrepreneurship, the implementation of the party initiatives to find job placement for college graduate in farming,  involve them to the ranks of the party electorate the enterprising young people, and to enforce Decree of the President of the Republic of Uzbekistan "On additional measures for involving of graduates of the educational institutions in the entrepreneurial activity".

The object of the contest:    The representatives of the electorate UzLiDeP – youth, entrepreneurs.

Project Tasks “To business with diploma”:

Procedure for implementing the project "To business with diploma"

The project is implemented in the form of seminars and during of it the participants are trained on the based new educational technologies interactive services, lectures, discussions by the qualified specialists of economy, experienced entrepreneurs and farmers, bankers and other specialists.

The project is implemented in two stages of 3 day training seminars. In March-April 2014 is conducted the district (city) stage, in May - the regional stage. The selected participants upon completion are awarded by commercial banks with special certificates for preferential microcredit.

Expected results of the project "To business with diploma":

-  will be further execution The Decree of the President of the Republic of Uzbekistan of 28 July 2010 № 4232 «Оn additional measures for involving graduates of educational institutions in entrepreneurial activity ;

-  through the implementation of the project will be made ​​a significant contribution to addressing issues of youth employment in the field, through entrepreneurship will be promoted youth gaining their rightful place in society;

- by supporting innovative initiatives will be widely attracted in the business sphere boys and girls with skills of entrepreneurship and business skills, they will be assisted in establishing their own business;

- will be studied problems in the development of entrepreneurship, to develop appropriate recommendations will be made appropriate changes and amendments to the existing laws and regulations;

- in the training seminars the media will be widely publicized the experience of young entrepreneurs who reaches a high efficiency in the country;

- will expand the ranks of the party from the active and enterprising young people  with the businesses skills has been actively involved in the transformations in society, will be expanded staff reserve of the party;

- in 2014 will be achieved increase business knowledge about two thousand graduates of the Republic of Uzbekistan.

The results of the project "To business with diploma":

Implemented steps to realize the tasks of making a contribution to the education of their own thinking, able to compete with their foreign counterparts of the  younger generation, the promotion of employment of graduates of higher educational institutions, professional colleges and academic lyceums, formation of their entrepreneurial skills. Developed specific proposals for the implementation of innovative projects in the economy and youth initiatives. Created new jobs to young people, self-employed by providing microfinance services.

Measures were taken to achieve the objectives with a view to making a worthy contribution to the education of their own thinking, able to compete with their foreign peers younger generation, promotion of employment of graduates of higher educational institutions, professional colleges and academic lyceums, formation of their entrepreneurial skills. Developed specific proposals for the implementation of innovative projects in the economy and youth initiatives. By providing microfinance services to young people, self-employed, create new jobs. Assistance was provided to wide involvement graduates in the field of small business and entrepreneurship.

Achieved by growing ranks of the party electorate by young entrepreneurs.

The 6000 graduates of professional colleges and universities participated in the Project UzLiDeP "To business with diploma" were increased their knowledge in entrepreneurship. In the period 2009-2013 of 2806 participants received 13 billion and 159 million 300 thousand sums preferential loans from commercial banks, as a result they are engaged in business activities. They created more than 6,000 workplaces.

Also in 2013 within the project in the Samarkand region 101, in the Bukhara region - 90, in the Fergana region - 135, in Navoi region - 80 in Kashkadarya region - 80 graduates received loans from commercial banks.

CONTEST ON THE "ENTREPRENEUR STUDENT" SCHOLARSHIP

The purpose of the contest:

The ensure to grow interest of young people to entrepreneurship, the creation of economic and legal conditions for the organization of their own business, improving socio-political activity of young people, support their aspirations, the search path of the country's future, active participation in public affairs.

The object of the contest: UzLiDeP electorate - young entrepreneurs.

Stages and dates of the contest:

The third is Final republican stage in  August 2014.

The results of the contest:

To young entrepreneurs and business people rendered assistance in strengthening their modern economic knowledge, in creation in their minds a sense of true owner. In addition, their legal, social and economic knowledge level has significantly risen. Also have been realized the important tasks of the Party in issues of organizing of business incubators, innovation centers, schools, businesses, seminars and training courses

In accordance by analytical results of the contest: in 2012 in contest were attended about 8,000 young people, in 2013 - 10 000. In the period of 2004-2013 years were attended over 30,000 students of academic lyceums and professional colleges. Of these, 248 boys and girls were granted the special scholarships. Over the past period more than 5,000 boys and girls who participated in the Project, are currently engaged in business and in farming activities.