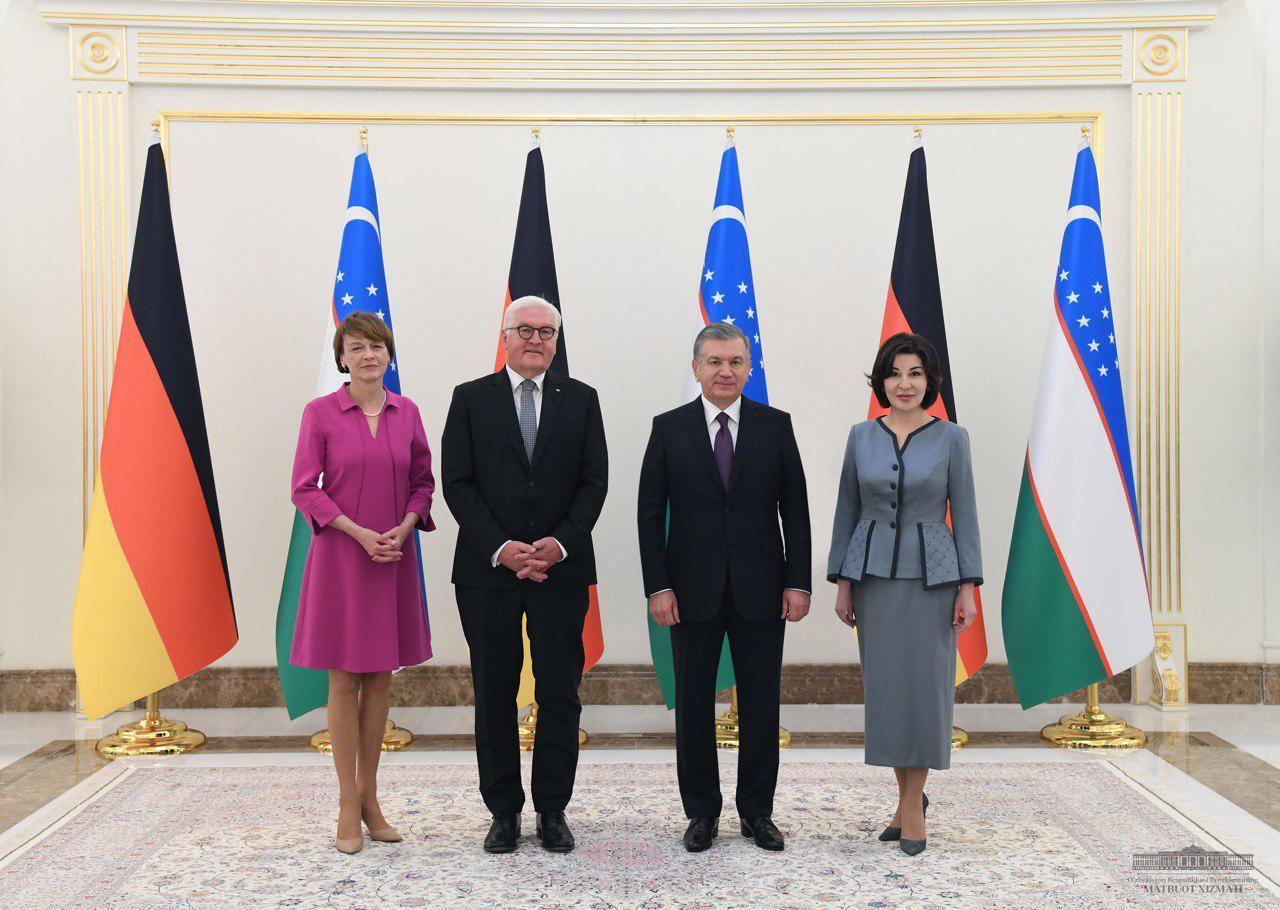 Today, the official ceremony of welcoming the high guest has been held at the Kuksaroy residence. The Presidents rose to the podium to pay tribute to the national anthems of the two countries. Shavkat Mirziyoyev and Frank-Walter Steinmeier expressed respect to the guard of honor.

The ceremony was attended by members of the official delegations of Uzbekistan and Germany, along with representatives of the diplomatic corps accredited in our country.