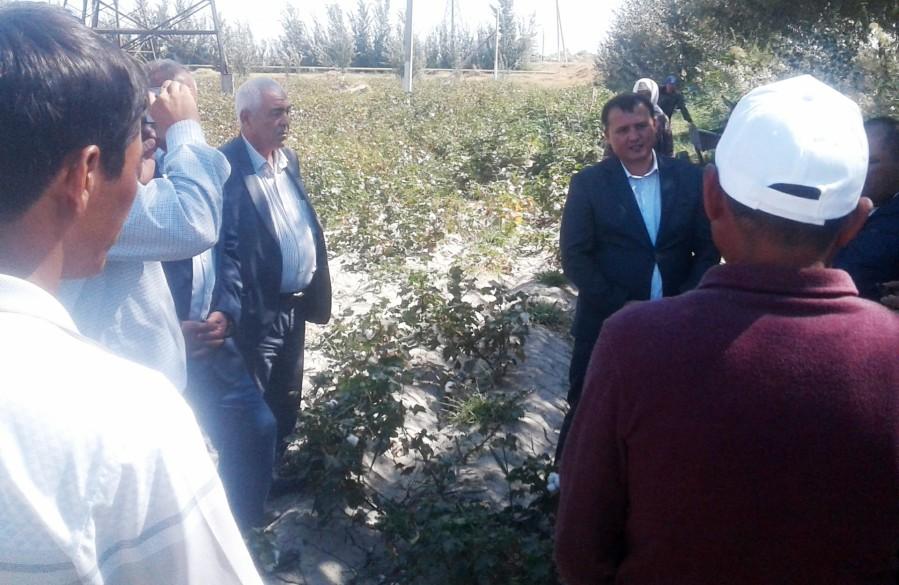 The Chairman of the Executive Committee of the Political Council of UzLiDeP, Acting Chairman of the Council of Farmers, Dehkan Farms and Owners of Household Lands in Uzbekistan Aktam Khaitov got acquainted with the activities of farmers - the party's electorate in Alat district.

As is known, during these days, cotton harvesting campaigns have been launched in all regions of our Republic, the farmers started harvesting the harvested crop in the planned time. During the trip to the district, the head of UzLiDeP A.Khaitov visited the field camp of the "Narzioim" farm, inspected the cotton field of the farmer and talked with him.

The head of the UzLiDeP during the conversation noted the need to harvest the harvest in time to prevent possible losses associated with weather conditions, he also stressed that the government pays great attention to the development of agriculture, the introduction of new technologies, attraction of investments, in connection with which the large-scale reforms in this direction are carried out.

He also stressed the need to prevent the forced involvement of the population in cotton harvesting, to provide the necessary conditions for the work and rest of the collectors, to comply with the ration of food and to pay them in a timely manner.

It should be noted that during the trip the head of UzLiDeP A.Khaitov gave advice on further expansion of farming activities. He assured the party's readiness to protect and promote farmers' rights within the framework of the current legislation.

of the Bukhara regional council of UzLiDeP