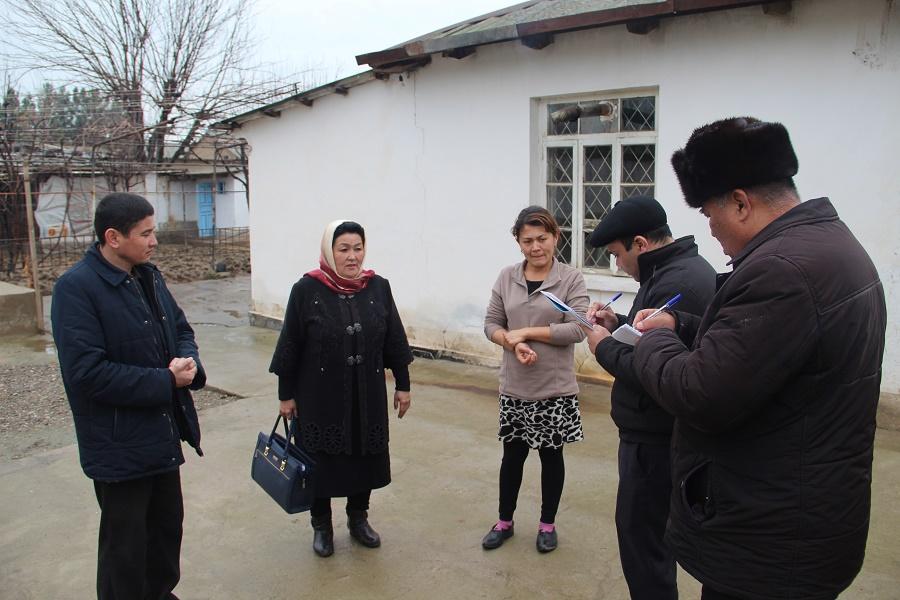 Members of Kashkadarya regional Kengash of UzLiDeP and members of the deputy group of the party in the Kengash of people’s deputies conduct local dialogue with the population.

Members of the group visited Oqguzar village, where they visited the residents’ homes, studied the living conditions of the population and their concerns.

Most of people with whom members of the working group communicated noted the need for a permanent watercourse on the territory of the village.

Due to the lack of water, there is nothing to water the seedlings and plantings, feed the animals. It is impossible to grow anything in the village, everything has to be bought at the market.

The working group contacted on this issue with the district khokimiyat. After hearing the existing complaint from residents, representatives of the khokimiyat partially acknowledged the existing problems and promised to help with the resolution of the issue. Over the next two days, responsible services laid 5.6 km of pipes and provided the village with a permanent water flow.

The working group found that a similar problem exists in Yangi Mirishkor village of Mirishkor district. Due to the lack of drinking water, people built wells at home. But they regularly pay for drinking water, which has not been seen for a long time.

Members of the working group held negotiations with the head of the district water supply department – now the water carriers will constantly deliver water to this village.

Preschool education institution No.1 in Dustlik MCG of Kamashi district was recognized as unsuitable by the district Center of sanitary and epidemiological surveillance. Despite the fact that the repair of the kindergarten is included in the state program, relevant activity has not yet been started. As a result, children do not go to kindergarten, and workers stay at home at their own expense.

UzLiDeP deputies will send appropriate requests to various authorities to speed up the repair work.